Clay wrote, directed and produced (with John Will Clay) Disaster L.A.: The Last Zombie Apocalypse Begins Here which tells the story of a group of friends desperately trying to escape the toxic smoke that is the deadly result of a meteor shower strike in the middle of Los Angeles. In its wake, neither friends nor strangers are safe from each other. The only hope for survival is to try to reach the coast before it’s too late. Justin Ray and Jerod Meagher star and Stephanie Estes, Ron Hanks, Michael Taber, Dennis Leech, Ali Williams, Morgan Jackson and Kendall Mayhew are featured.

Zombies are currently entertaining the world more than ever as evidenced by the recent successes of “The Walking Dead” TV series and last year’s film World War Z, starring Brad Pitt, which became the highest zombie grosser of all time with over $202 million domestically[i].

Boxofficemojo.com, which has tracked zombie movies since 1982, estimates they’ve grossed more than a billion dollars at the domestic box office since then. That doesn’t include dozens of movies made before that.

While zombie movies have been around since the ‘30s (1932’s White Zombie is considered the first), many credit George A. Romero’s low-budget Night of The Living Dead (1968) — still listed at the top of all-time favorite zombie movies — as the model for all subsequent zombie films. A ‘90s zombie revival points to the creation of the first zombie video game, “Resident Evil,” which was adapted to the big screen in 2002.

Turner Clay is the first to say he owes a debt to those who preceded him: “As a kid, I was blown away by Romero’s Dawn of the Dead. I realized what makes zombies so fascinating is to imagine what you’d do if they were real. Then I started to notice zombies doing just that: evolving into faster, more realistic creatures. Danny Boyle’s 28 Days Later is one of my all-time favorite zombie films because it was really scary. When I found out it was done with a small crew and a cheap digital camera, I was so inspired, I decided to buy my own camera and go all out for the zombie genre.”

Clay’s first effort was State of Emergency about a small town’s chemical facility that explodes, releasing deadly toxins that cause mutations in the town’s residents.

“Turner is an up and coming filmmaker; so for WB, distributing this film was a logical move. In spite of our vast horror library, we only have only a few films in the Zombie segment of the horror genre. This picture will complement our repertoire and continue to drive our physical & digital strength the fourth quarter.” said Jeff Baker, WBHE’s Theatrical Catalog EVP and GM.

“I’m convinced the reason zombies are so powerful is that they capture an atheistic fear of the dead, says Esquire’s Stephen Marche[iii]. “There seem to be two choices [to deal with them]: shoot them in the face or run away. It’s not much, but even that very slim measure of control provides enough pleasure to bring in millions of viewers every time they show up on screen.”

One final note that illustrates zombies’ current popularity: the government agencies of Homeland Security, Federal Emergency Management Agency (FEMA) and the Centers for Disease Control (CDC) have all recently issued zombie “alerts” as a lighthearted way of getting people to focus on preparedness for actual threats.

CDC Director Ali S. Khan noted, “There are all kinds of emergencies out there that we can prepare for. Take a zombie apocalypse for example. That’s right, I said z-o-m-b-i-e a-p-o-c-a-l-y-p-s-e. You may laugh now, but when it happens you’ll be happy you read this, and hey, maybe you’ll even learn a thing or two about how to prepare for a real emergency.” See more here[iv]. 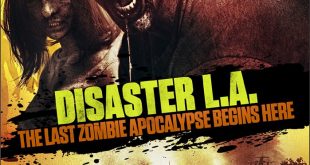