The home entertainment division of Warner Bros. has announced their plans to bring the flick ‘Disaster L.A.: The Last Zombie Apocalypse Begins Here’ home to the masses and it will happen this fall. Sept. 23rd to be exact.

Turner Clay is the man behind this one. You might remember him from his last project ‘State of Emergency’, or not.

Clay wrote, directed and produced this bad boy and although it may have a very long title, it also has zombies, lots and lots of zombies.

So, a meteor strikes in downtown L.A. and it releases the dreaded “toxic smoke” which of course has an adverse effect on all who come into contact with it. As one may expect – a group of survivors must make their way to the coast before all hope is lost and they end up in the belly of a hungry zombie.

This one will be a DVD, digital download release. If you want to know more I strongly suggest you head over to the flicks FACEBOOK page. 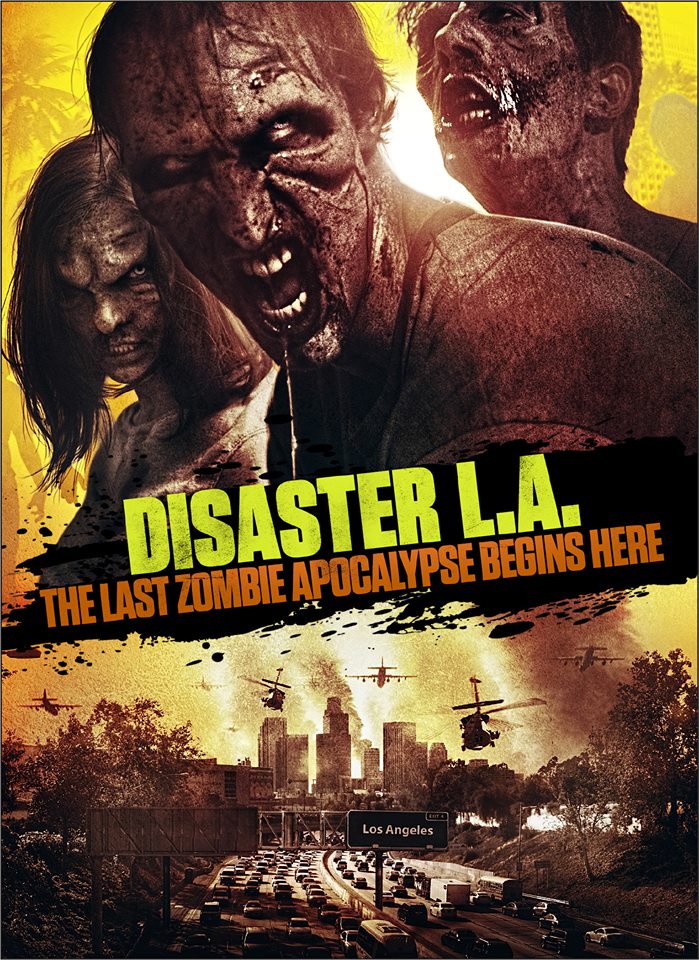