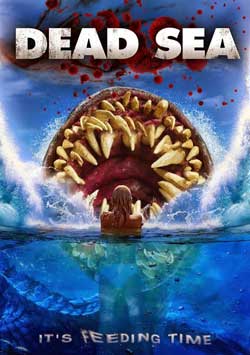 A Marine Biologist is assigned to investigate the mysterious deaths of marine life in an inland salt water lake that have been attributed to a creature thought to have been the stuff of legend. 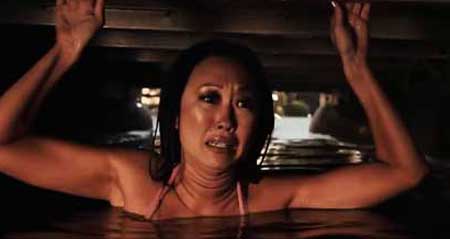 Premise: A marine biologist returns to her home town to find out why dead marine life is washing up on shore. Come to find out it’s because of a monster we never really see. We also have two crazy ex-army guys, our villains, who, come to find out, know the town’s deep dark secret, that is, the monster. Apparently the nameless, faceless, formless, maybe stock footage of a shark or shark’s head pops up every 30 years to feed on the poor inhabitants of this downtrodden town unless of course it receives its requisite sacrifice, an original member of said town, that is, you had to be born there. 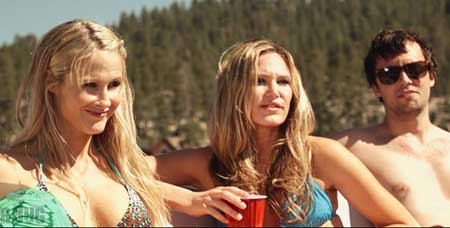 “Dead Sea” is a monster movie where we never see the monster save for a few cheesy underwater glimpses of what looked like stock footage of a shark from the head up. The creature in question is referred throughout the movie as a “serpent” similar to Nessie from Loch Ness but do we get to see said beast?

Nope. And that’s my number one complaint with this movie. If I’m renting this movie or worse yet, buying it, why I don’t know, I better damn well see a monster. I liken it to making an action thriller and leaving the action part in the background where you might hear it or see shadows but never fully see what’s going down.

The characters in this movie are really sad, depressing people. It’s hard to connect with any of them on any level or even feel sympathy for them to establish any kind of emotional relationship between movie and viewer. Everybody has a sob story, no one’s happy and the town is just a miserable place to live in.

Don’t bother with “Dead Sea.” The acting’s bad, the writing and dialog are crappy and it’s a monster movie where we never get to fully see the monster. Here’s where I get confused. Movies like this are made on extremely limited budgets so why waste valuable screen time on exploring relationships and stupid sub storylines and instead shift that money into whatever CGI effects you can afford to showcase the movie’s monster?

I got the feeling that the movie makers held themselves and “Dead Sea” in very high regard and instead of making a monster movie instead had aspirations to make an indie “festival” flick using the monster as wallpaper to bring this pathetic group of uninspired characters together. Oh my god, who cares. At times I found the town and looney tune citizens to be scarier than the non-monster. 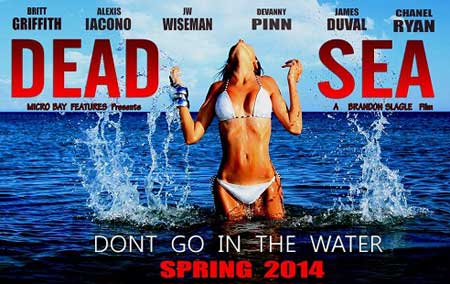 I’m not recommending this movie period. Even if it shows up on TV avoid it. Here’s my other complaint in regards to movies like this – Ever since the indie movie got big and took on a life of its own filmmakers seem to have these unrealistic dreams of being the next Kevin Smith or Jim Jarmusch and it usually doesn’t work out that way.

If you’re going to make a genre movie then do so and be happy making it. That’s why “Sharknado” was such a success. Play to the strengths of B movie madness and nothing else and you’ll be successful. Otherwise you’re stuck with a movie like “Dead Sea.”