Who doesn’t love Kane Hodder, he’s really proven himself through the years to the point now that if I see a film with his name attached, I’m watching.

Today brought a nice new trailer for the flick – give it a scan.

Want a synopsis? Got it for ya.

In an effort to do something different, four friends head into Australia’s outback to explore Charlie’s Farm, the site where a violent family met their end at the hands of an angry mob. Despite all warnings, they persist in their horror-seeking adventure.Once there, the four friends meet other transients and find Charlie’s Farm to be anything but horror inspiring. They are unaware that they are being watched.While exploring the property to prove the myth, they encounter Charlie, who shows them that some legends never die.

When can we expect to see it? Not a clue but as always, when I know you’ll know. 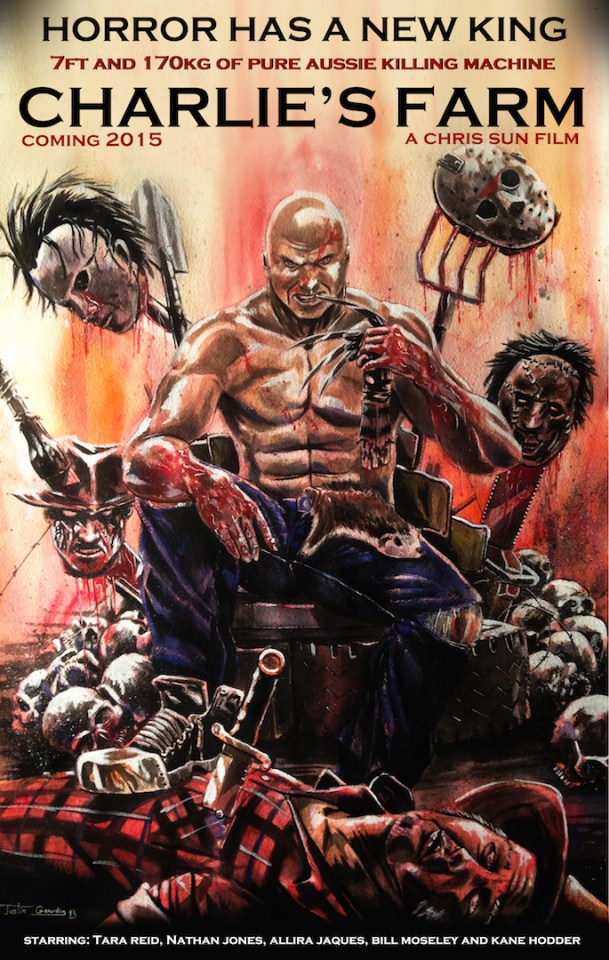