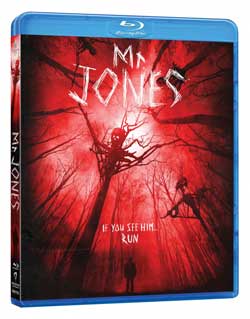 A young couple moves to the woods and soon finds their nightmares and reality colliding.

Scott (Jon Foster) and Penny (Sarah Jones) give up everything to enjoy the fresh air of country living. This is how the story begins…

As they make the jump to re-kindle their relationship while providing an outlet for Scott to work on a nature documentary, they soon discover that they are not the only ones living in this remote area. Scott begins the film with various edit cuts of his project being shot. The simple way of life and “welcome change” provides a opportunity for the 2 of them to experience life without TV shows and city noise. The setting doesn’t take long to change its focus from a relationship focal point to that of an artistic experience. 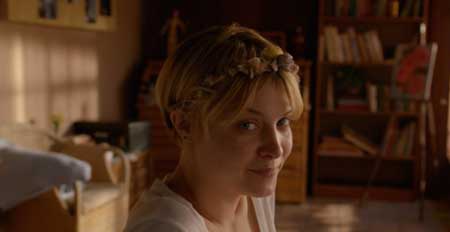 Upon following a stranger who has been lurking around the area, the 2 of them discover that this stranger is none other than a reclusive artist who goes by the name of “Mr. Jones”. His house which borders more on transient-style-living houses a unique setting for his creations (which appear to be organic totems that border more on dark ritualistic art statues) Penny instantly make the connection which presents an opportunity for the 2 of them….. the creation of a photography art book and documentary detailing Mr. Jones sought after creations. 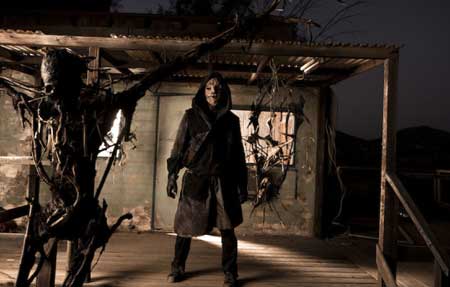 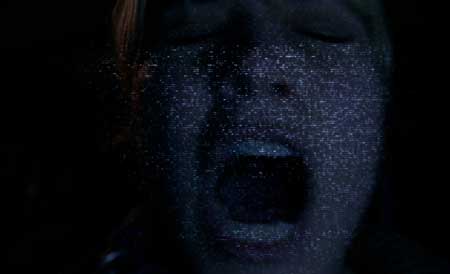 This new incentive shifts from curiosity to Scott even heading back to New York to gather interviews of various “Mr. Jones” experts to comment on his creations. As the film progresses we discover that Mr. Jones had made a big impact in the 70;s leaving a enigmatic trail behind him disappearing into his reclusive way of life. Scott and Penny have happened upon a most sought-after opportunity.

“Mr. Jones” right off the bat is a found footage film. However, the footage doesn’t seem to get “typical enough” to wear the film down in the trappings of other found footage movies. The footage also at times seems to move away from camera held shots to an outer point of view, which helps keep things from ever getting annoying. 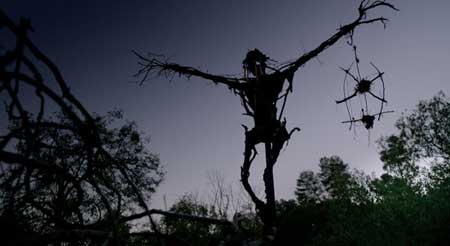 Director / writer Karl Mueller has introduced a film that while a bit excessively trippy is still inventive enough to keep viewers glued to ride out its journey. I went into the film without any expectations and was fascinated in its artistic merits both in setting and presentations. It prompted me to dig further into the actual artist responsible for the movie’s focal props.

The pieces used in the film were created by an artist by the name of “Pumpkinrot”. If you didn’t get a good enough look at the pieces in the film, you can check out his web site showcasng his work. I have a feeling that “Pumpkinrot” is going to gather some worthy increased exposure as a result of this film going to shelves. 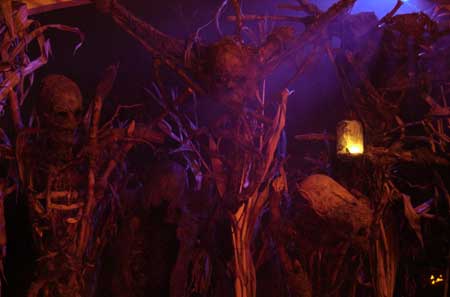 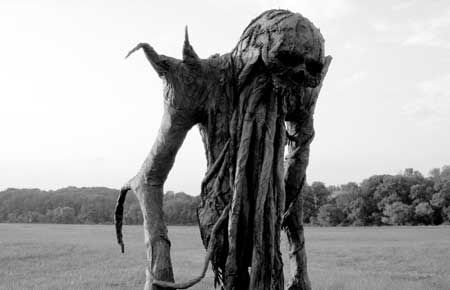 The film “Mr. Jones” does delve into the “nightmare in descent theme” which perhaps gets a bit tiring in “edit intake”. Despite that fact, the film was indeed edited with some savvy chops. Many will probably agree that its 3rd act could have benefited from a bit more shortening on the visual end. With that said, the film begins to almost pull you into its madness from prolonged exposure. This indeed demonstrates the power that a film medium can project onto its viewers.

The film succeeds in that it brings something jauntingly different to the table. It should also be noted that there was a never a point where the footage aspect was too much for comfort. The result makes sense to the main direction of the story which gels perfectly with the creepy creations it hurls at us. 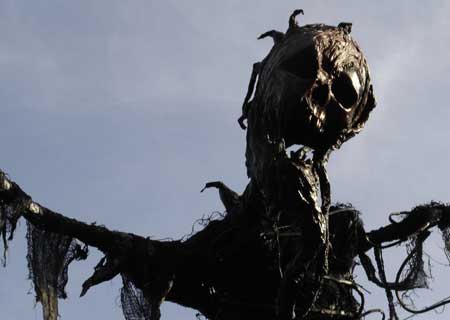 “Mr. Jones” presents an adequate amount of unnerving edginess laced with some serious head games activity. From this emerges a unique product that is begging for a viewer “must see” experience. Karl Mueller presents an impressive first time direction debut that only leaves us with one burning question…..what will his next creation entail? 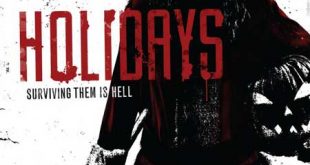 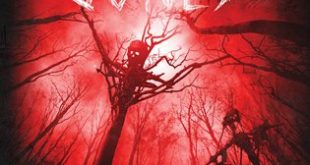 Art and Horror Unite and the Hands of MR. JONES