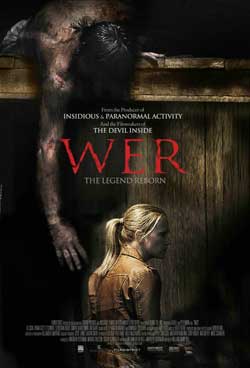 A defense attorney begins to suspect that her client, who is charged with the murders of a vacationing family, might be more than meets the eye.

Although this is subject to debate, there hasn’t been a good werewolf movie in decades in my slightly skewered opinion. There are those of you reading this who’ll immediately bring up the usual suspects, films like An American Werewolf In London & The Howling (Both 1981), some of you will bring up Wolfen (1981 again. A really good year for werewolves I guess…). But I said “In decades” a sentence or two back so those are covered. I’m willing to bet that there’s a couple of you knuckleheads that’ll say The Wolfman (2010) was a shining example of a film featuring a hairy dude who kills people. Needless to say, most if not all of the free world wholeheartedly disagrees with you. My personal favorite werewolf flick is called Bad Moon (1996) and while it’s really nothing to write home about and its transformation scene is pretty crappy, its got a really good script/performances to make up for the rest of its deficiencies (of which there are many). Call me wacky, call me crazy, call me Ishmael – I don’t care, I just really dig Bad Moon. 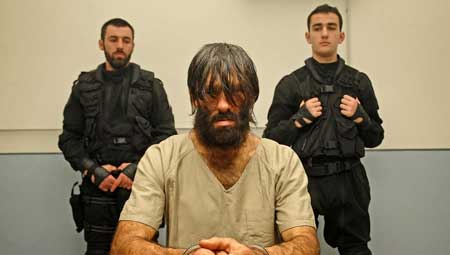 Well, I just finished watching a new movie featuring werewolves called Wer (crappy title) that I might think is better than all of the aforementioned flicks. Hell, I might just be thinking that it’s the best damn werewolf flick I’ve ever seen, but since this is coming from someone whose favorite movie of all time is The Manitou (1978), you might wanna keep reading a bit further before you go running to your local Redbox to rent it.

Wer takes place in France and the film opens with an American family camping out in the woods. Of course, they just happen to be filming themselves as they go through their late night shenanigans before hitting their sleeping bags and their camera catches the moment when something suddenly emerges from the woods and savagely tears both the father and his young son to ribbons. The mom is badly disfigured in the attack as well, but she survives and tells the police that they were attacked by a hairy man with big hands. Shortly afterwards, a man named Talan Gwynek (Brian Scott O’Connor) who fits the given description perfectly is found and summarily arrested. Talan is assigned a public defender, Kate Moore (A.J. Cook) to handle his case & she brings along two assistants with her, Eric Sarin (Vic Sahay) & Gavin Flemyng (Simon Quaterman). The three of them have to put up with a lot of resistance from detective Klaus Pistor (Sebastian Roche), who seems to know a lot more about Talan than he’s letting on. 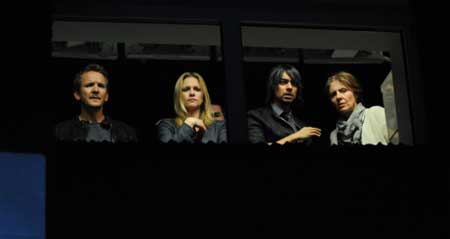 During a test to see if Talan is actually a sufferer of a disease known as Porphyria, he escapes (savagely slaughtering the doctors surrounding him and it’s up to Kate & Klaus (along with a gaggle of French policemen, to capture him before he kills again. And while all this is going on – unbeknownst to everyone, Gavin is beginning to show symptoms very similar to what Talan is going through, all because he was wounded during an earlier outburst from Talan.

Let’s talk about the cast here for a second, A.J. Cook (Mother’s Day, Wishmaster 3: Beyond The Gates Of Hell) might not look like your idea of a defense attorney but she nails the determination & doggedness that they use in their jobs. The fact that she’s easy on the eyes doesn’t hurt too much either. Vic Sahay underplays his role a bit but there’s a method to his madness and it works here. Simon Quaterman (The Devil Inside, Scorpion King 2) doesn’t seem to have too much of a role at first but as the movie progresses, that changes up big time and he’s terrific. Sebastian Roche looks a lot like Chef Gordon Ramsey and has the same attitude as well, but it works for the character. But Wer would be nothing if it’s title character had a weak actor playing the role, luckily Brian Scott O’ Connor was cast. He doesn’t say too much in the film (mebbe 3-4 words total) but his physical presence is so overwhelming that whenever he’s on screen you can’t help but marvel at him. I was just at the Mad Monster Party convention in NC last month and I witnessed Richard Kiel putting his enormous hands over people’s faces as if his hand was a baseball mitt & their faces were baseballs. O’ Connor’s hands are bigger. Much, MUCH bigger. He cuts a mean profile also, and he’s so naturally hairy that it’s pretty easy to look at him and wonder…”Werewolf“? All performances here are first rate. 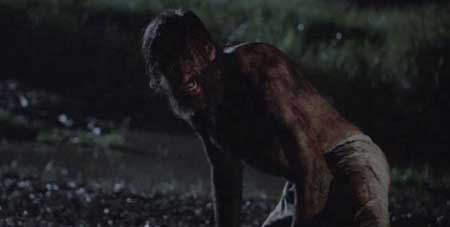 The EFX work here is pretty spectacular as well save for one glaring problem – CGI blood. Although it’s used sparingly, it looks so fake that it nearly took me out of the moment whenever it reared it’s ugly digitized head. Unfortunately, the two best scenes in the film (Hospital massacre/Cops Vs. Talan massacre) are the ones with the most CGI blood in them and that’s a shame. he hospital slaughter in particular might’ve been a scene for the ages save for that damned phony looking blood. But besides that one little issue, the EFX here are first rate. Talan doesn’t so much change into a wolf as he does into a very big angry man who just happens to have talons, fangs and is covered in hair. The idea to shadow his face with his hair throughout the film is a good one. It makes Talan look vaguely lupine the second he’s introduced into the film. In the scene where he escapes from the police inside a tall building, Talan jumps out of a 10th story window, crashing (& perfectly landing) down to the street below like he was Spider Man. It’s a terrifically set up chain of events that leads us to this scene and the payoff for it was epic.

The script (by William Brent Bell & Matthew Peterman) gets a little bogged down in the middle when it’s discovered that a bad land deal might’ve been the impetus for the werewolf attacks but it doesn’t slow the film down too much. Bell also directed Wer and you might recognize that name from the last film he directed, it was called The Devil Inside (2012) and although it’s on my “Worst films ever produced” list, it made a friggin’ fortune and I have to admit that now I’m glad it did because its success led Bell to Wer and Wer just kicks all kinds of ass.

There’s something of a surprise ending here and a veiled promise of a sequel. I really hope this comes to pass because Wer is just a great popcorn movie with terrific performances, outstanding direction & one hell of a big dude playing a werewolf. It’s hardly perfect (Those script issues kill a bit of its momentum) but it’s the best damned werewolf flick I’ve seen since Ginger Snaps (2000). It’s also one of the best films I’ve seen so far this year and a must to watch. Congratulations cast & crew of Wer for bringing scary werewolves back to the cinema!

Wer is now available on VOD. 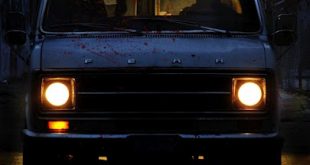 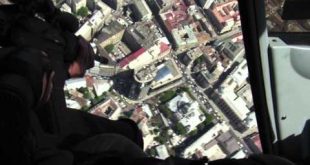 New Trailer For WER Transforms Right In Front Of Your Eyes 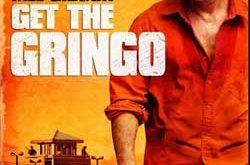