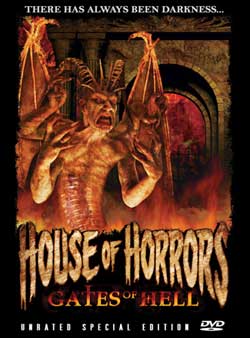 An ancient resurrected evil is loose at Western New York’s largest and most terrifying haunted attraction: the House of Horrors. It’s goal- to forever open the gates of Hell on Earth.

Where do I begin? One word can accurately describe this poorly acted attempt at a clever film—typical. And in this typicality, despite its undeniably amusing moments, it fails to deliver. This is surprising, considering the bulk of the material that writer, producer, and actor Tim Bunch was working with. I mean, his set took place at a Halloween haunted house, the kind that overcharges you to walk through it for maybe five minutes in order to feel some kind of scare. They had dolls, pig-headed killers, clowns, zombies, even creepy doll zombies. But despite all this, the acting horrified me more than the actual movie.

I think perhaps Bunch was trying to channel the Evil Dead franchise with its humor and use of looming and steadily approaching camera angles. Even the eerily sounding demonic hum that accompanied said looming camera angle reflected the vibe resonant of Evil Dead. But this was no Evil Dead. It was as if someone mixed hints of Evil Dead with 80’s slasher films and then poured on the tacky and terrible C.G.I. graphics. Now I get it, you have a low budget, but that doesn’t mean you need to horrendously exploit the use of low quality C.G.I. to the point that it looks reminiscent of an original SciFi movie. In the begging, a Devil’s head appears with the same grade of pixilation as a PS1 game. And at times, it looked as if the characters were standing in front of a green screen. 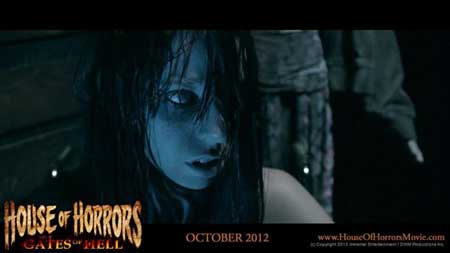 If this movie tried to do anything, it was hit upon every key component of the classic horror movie. Children creepily laughing, a masked unknown killer, lots of tits and ass, and demonic interjection saturate the hour and a half film. Yet, this is what cheapens it and makes it stale. We’ve seen it all before, and nothing here is unique or different. Though, I will say, I commend its efforts in trying to pay homage to the satanic/occultist horror movies popular in the eighties. However, the influx of different genres squished together gave it a very generic feel. Not to mention, the formula in which it operated is a formula used over, and over, and over again in horror. 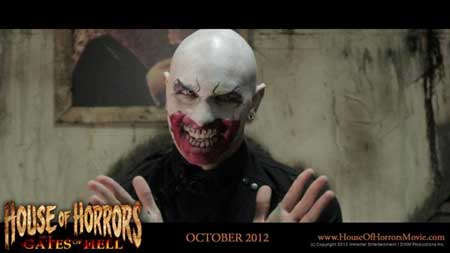 For starters, we are introduced to the motley crew, after a dubious death and ominous implications stated in the film’s introduction. Upon meeting this motley crew, their forced acting and ignorance of what’s going on in their own workplace indicate all of their inevitable deaths. The group features clichés of every kind. Only two women are present, an old promiscuous cougar named Brenda, and an angry, bitchy, supposedly “psychic” girl named Jaimie, whom allows dickheads like second-in-charge Cage (yes, that’s his name in the movie) to walk all over her. During one of the first scenes, in jest, Cage mocks Jaimie for being psychic like her mother, but what starts off light-heartedly, turns dark quickly. Cage brings up the fact that Jaimie’s mom killed herself, and then proceeds to say, “like mother, like daughter”—a provocative insult to which Jaimie responds with nothing.
Immediately, we have established weak female characters (as slutty Brenda has already been sliced off the screen after groping one of the younger employees). Jaimie continues to hear phantom voices and see creepy, decrepit, greenish old men in rocking chairs mumbling on about prophecies and gates of hell—probably not the best person to listen to. But Jaimie’s not the brightest crayon in the box. 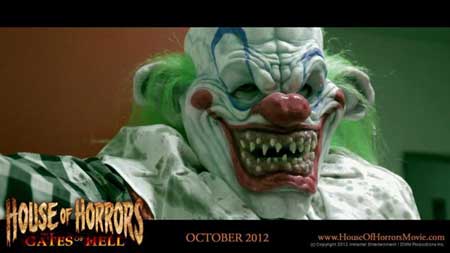 Meanwhile, the crew starts to notice Tim’s unusual behavior. They find a picture of him with devilish eyes glaring in the background. Sound familiar? It always starts with an odd photograph. Horror fans can easily guess what happens next…they take the photograph to a priest. But this particular priest, who Jaimie suggested, isn’t exactly the priest he used to be. Cody and Dusty meet him at a book tour where he exploits his demonic wisdom for capital gain. Of course, the priest is disinterested in what they have to say—until he sees the photo, which leads a scene in a strip club called “The Naughty Nun” (another great opportunity to showcase some gratuitous tits). The priest explains the role of a “guardian,” the person guarding their strange altar, an altar which functions as a key to unlock hell. 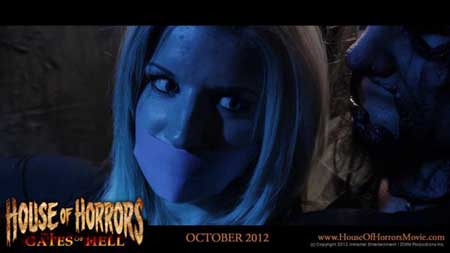 Meanwhile, Jaimie learns from the greenish imp that only with “the blood of the pure” can the gates be “permanently resolved,” which she assumes to mean “closed.” Of course, all of us besides Jaimie were smart enough to realize not to trust the weird satanic-sounding zombified man. On top of trusting someone so painstakingly obviously not trustworthy, she assumes (yet again wrongly), that the priest possesses pure blood and is the sacrifice needed to close the gates…which makes no sense considering the priest’s nocturnal activities. In its predictable finish, the gates of hell permanently open to wreak havoc on all the living. Jaimie, in homage to her mother, blows her brains out with a gun. In the end, we are treated to what we’ve been graciously treated to the entire duration of this terribly slow movie: a burst of cartoonish C.G.I. flames. 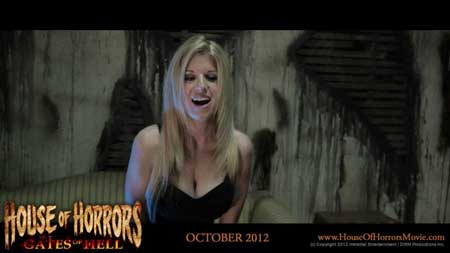 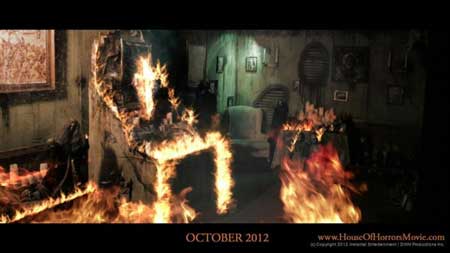 This movie was hard to finish, but its tawdry special effects and Carrie Underwood-like acting weren’t the variables that really perturbed me. When Jaimie discovers who the guardian is, and what is on the DVD, “Tim’s Night-time Fun,” the audience is exposed to yet another barrage of clips where women are tortured and slaughtered. In fact, most of Tim’s victims are women. To further emphasize the movie’s hints of subtle underlying misogyny, the way that Tim chooses to pursue his victims is sexually overt. From Brenda’s clitoral razing, to his strip-down of the young security guard, Bunch likes to mix his sex with violence. He could have killed the security guard in a multitude of ways, but he chooses to shove a lubricated grenade up her ass. Add this to the bound and molested job applicant, along with his signature question before completing the kill: “Do you love me baby?” I’m all for watching grotesque displays of cruelty, but haven’t we had enough of that? At least try to be original—which House of Horrors: Gates of Hell was anything but. 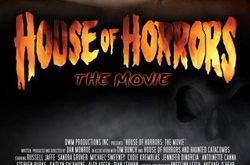