We all know THE ASYLUM and their shall we say “interesting” slate of mockbusters. Just yesterday I told you about their first foray into TV series territory with the show Z NATION which will open on the SYFY Channel later this year and today I have news on a new film project titled Blood Lake: Attack of the Killer Lampreys and the most surprising thing is that this one will debut on Animal Planet.

According to Dread Central the film will tell the following tale:

Shannen Doherty (“Charmed”), Christopher Lloyd (Back to the Future), and Jason Brooks (“Days of our Lives”) find themselves fighting for their lives against rampaging eel-like fish with huge teeth and funnel-shaped mouths they use to latch onto prey and drain their blood. Brooks plays a fish & wildlife expert whom moves to a small Michigan town with wife Shannen Doherty after being summoned by Mayor Christopher Lloyd to help deal with an infestation of lethal lampreys that have made their way into the city sewer system. No sink, shower, bath tub, swimming pool, or toilet is safe from these slithery blood-suckers.

Sunday May 25th will bring the debut of this one. And remember it’s on Animal Planet, not SyFy. 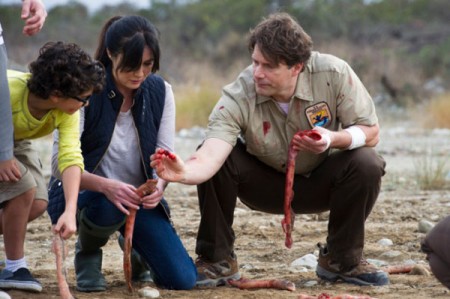 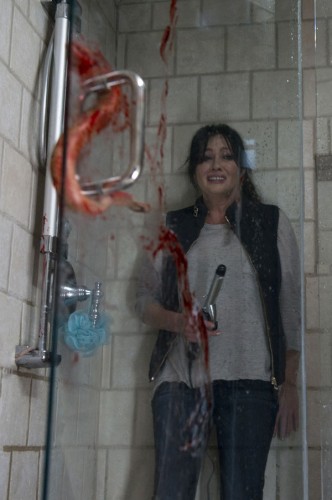