Home | Order Me Up Some Season 6 True Blood! 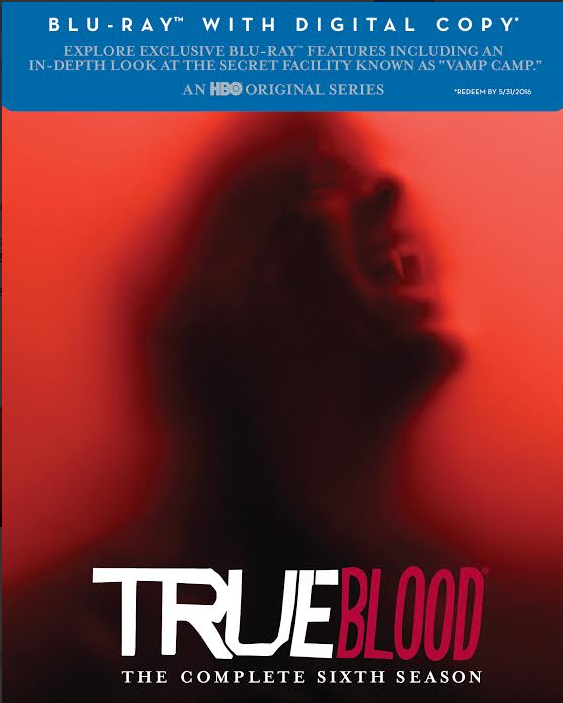 Vampire Bill is rebirthed as a powerful ancient deity, Louisiana Governor Truman Burrell declares open season on all vampires and Sookie Stackhouse finds herself sidelined by a mysterious stranger with a hidden agenda.True Blood shows no signs of slowing down in its sixth season.

The sexy, scary, wildly entertaining series from Academy Award®-and-Emmy®-winner Alan Ball is packed with “suspense, surprises and crackling dialogue:True Blood is pumping strong.” (Boston Herald) True Blood: The Complete Sixth Season will be available on Blu-ray with Digital Copy ($79.98), DVD ($59.99) and Digital HD on June 3, 2014, just in time for fans to catch up before the final season makes its HBO debut this summer. Both sets include the full 10-episode season, along with extensive bonus materials including behind-the-scenes interviews and never-before-seen content.

Season six introduces several exciting new story lines that threaten what little sense of normalcy remains in Bon Temps, The Authority is in flames, and True Blood is in short supply. As Bill comes to terms with his newfound powers after emerging reincarnated from a pool of blood, Louisiana’s governor has declared war, replete with novel anti-vamp weapons and a high-tech internment camp established to wipe out the vampire race forever. Meanwhile, Sookie and Jason must steel themselves for an encounter with their parents’ killer: the mysterious and ancient Warlow.

Packed with extensive audio commentaries and features that take fans even deeper into their favorite storylines and relationships, the sixth season’s bonus material offers an array of exciting content to keep even the most hardcore “Truebies” sated.

Vamp Camp Files – get an inside look at the secret trove of documents detailing the effort to eradicate vampires via the institution known as “Vamp Camp.”