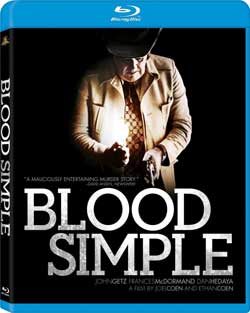 A rich but jealous man hires a private investigator to kill his cheating wife and her new man. But, when blood is involved, nothing is simple.

“If I don’t get away soon I’ll be going blood-simple like the natives.”

Garnering a title from Dashiell Hammett’s hard-boiled detective novel, Red Harvest (quote above), this Coen-directed debut film is equal parts horror and farce. It is also a fine representation of neo-noir with a touch of southern gothic charm – being a Coen Brothers’ screenplay, this is usual fare. Made with only a million and a half dollars, it remains well-regarded critically and has gained a cult status since the advent of VHS. There are many notable aspects of the film including a 13-minute “body concealment” scene completely devoid of dialogue but featuring the Four Tops’ It’s the Same Old Song. 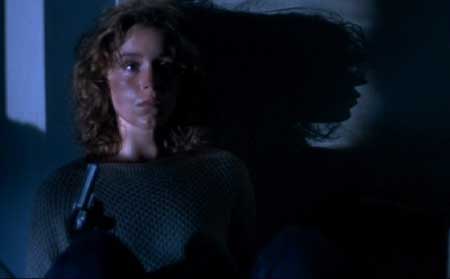 Barowner, Julian Marty (Hedaya), is certain that his wife, Abby (McDormand), is cheating on him with Ray, a bartender. Overcome with jealousy and conceit, Marty hires a private detective named Visser (played by M. Emmet Walsh, a role written specifically for the actor) to murder them. Through one of the many double crosses, Visser photographs their sleeping bodies and doctors the photos to show gun wounds, lifting Abby’s pearl-handled .38 (a gift from Marty) from her house before he leaves. He shows the photos to Marty one night then proceeds to shoot him with Abby’s gun.

He steals the money from the open safe and leaves the gun behind, devoid of fingerprints. Visser is an oft-visited character type in the Coen Brothers’ oeuvre: the tenacious presence of evil (Anton Chigurh from No Country for Old Men is another example of this character). And so, it is Visser who is most memorable: a phantom moving in the background, sitting in a turquoise Volkswagon bug, wearing an ominous grin, and chasing flies from his sweat-soaked person. He is inviting yet menacing, untrustworthy yet insidious in his methods. He is the catalyst of the film and the bringer of conflict through his simple lust for avarice.

Of course, this is only the precursor to a chaotic succession of misunderstandings, betrayal, and violent mishaps. The film is a depiction of individuals whose behavior is driven by their fear of being cornered. The seeming omnipresence of Visser, Marty’s eye in the sky, and the deep realization that a protectorate force is nowhere to be found; theirs’ is an untamed world settled neatly in sunny suburbs and impenetrably dark nights. Amid all of this, there’s little delineation between good and evil in the story, so the film works its way into the Coen Brothers’ “darker” films (No Country for Old Men, Fargo, and The Man Who Wasn’t There to name a few). Marty is a despicable character that is simply a more passive, less resourceful version of Visser, while Ray and Abby are lovers oblivious to the danger of their predicament until they are fully entangled in bad luck and the absurdities of chance. 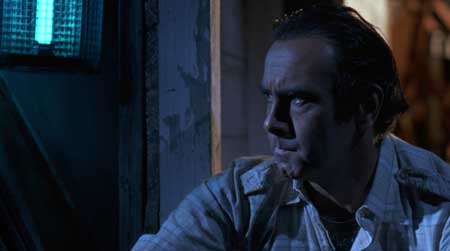 All of these characters are merely variations of each other, the most concentrated of evil being Visser. When Visser is finally revealed as the instigator of all this narrative madness, it is not a revelatory victory for the characters stuck in this story, merely another string of questions that can only be answered by the audience. It is certainly the Coen Brothers’ most hopeless film (No Country for Old Men coming in at a close second) in that there is no escape for these characters, no refuge from the seeming randomness of reality. After shooting Visser through a wall, Abby sighs, “I’m not afraid of you, Marty.”

To which Visser replies snarkily, “Well ma’am, if I see him, I’ll sure give him the message.” There is only bewilderment in her eyes, no closure or any possible way of knowing what connection this man has had in the entire affair. She is, not to put too fine a point on it, like all of us: grasping at straws in our own subjective space, indefinitely at the mercy of the unforeseen context of it all. 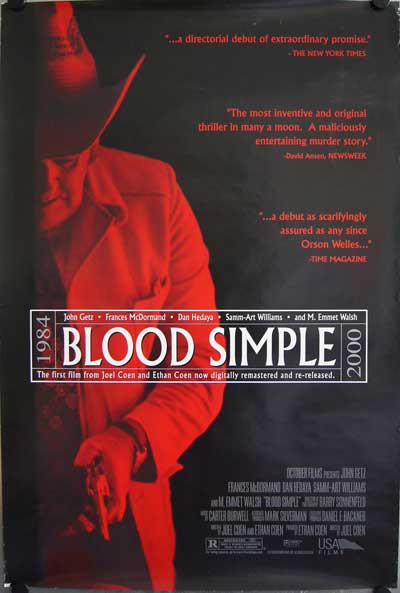 This all takes place in central Texas, with its neon-riddled cityscapes and desolate wastelands, a quirky, contradictory locale oddly devoid of police yet rife with conspiratorial asides. There are all the classic neo-noir elements: suggestive shadows, piercing headlights, double crosses, gloved murderers, and doomed lovers, yet it is never a film that seems to be trying. Perhaps one of the most self-assured debuts in recent filmmaking history, Blood Simple is, perhaps, the most focused and accomplished film in the Coen Brothers’ expansive catalog. 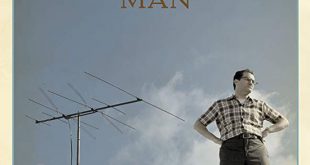