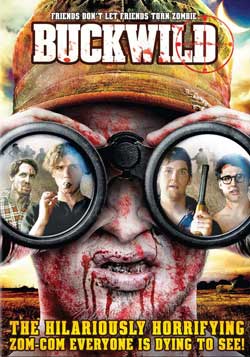 A hunting vacation goes horribly awry for 4 friends after they accidentally shoot the lease’s land owner.

I can’t help but have a certain amount of admiration for Buck Wild, simply because it isn’t trying to be anything it’s not – it knows it’s not the best film ever, but simply embraces its lowly position on the horror totem pole. Described as a tongue-in-cheek movie, there are definite similarities to be drawn with British ‘zom-com’ Shaun of the Dead. However, Buck Wild is perhaps a slightly less slick, more awkward version, but funny nonetheless. There’s also something akin to a buddy movie present in Buck Wild too, as, despite the group of friends having an underlying tension between them at the start, once the impending zombie attack rears its ugly head, these guys (whoever’s left of them, that is!) form a tight bond. 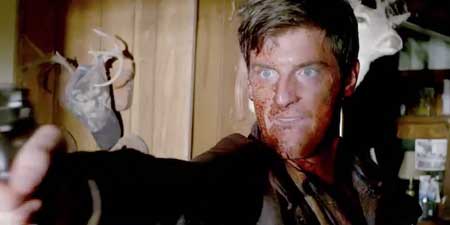 Buck Wild opens with the ominous sequence of a hillbilly type man in a trailer with his shotgun reprimanding his slutty daughter for once again getting too friendly with a local. Later, as he is alone, he encounters a creature who ferociously bites him. Cut to a car full of young guys looking to have some fun on a hunting holiday – Craig (the nice guy), Jerry (the slightly unstable gun nut), Tom (‘the metrosexual’) and Lance (the ladies man). As soon as they arrive, it’s clear that the hillbilly is not in good shape. His bandaged arm is still leaking blood and he keeps coughing up a strange cloudy liquid. However, Lance and the hillbilly’s daughter get on like a house on fire and arrange to meet later for a more ‘personal’ date. Lance never returns from this (alive!). When the rest of the boys go out for some hunting, Craig accidentally shoots the hillbilly, thinking that it’s a deer. Naturally, he starts to freak out, but upon approaching ‘the body’, it’s clear that things are not quite right. Indeed, what lies before them is a zombie – and he’s not the only one! 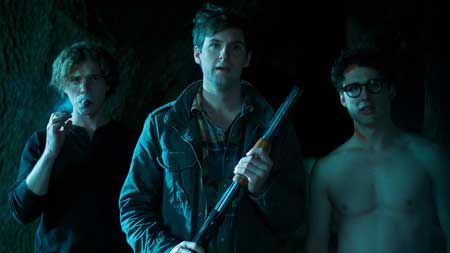 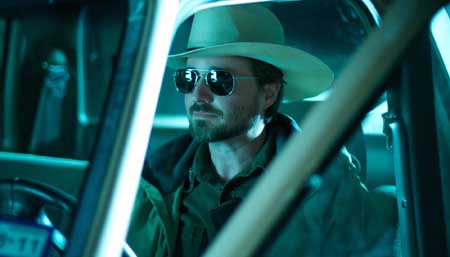 It’s true that most of the well-worn clichés of horror, and particularly zombie horror, take place at some point during Buck Wild, there almost seems to be a self-awareness to how they do it. The characters are complete parodies, especially Jerry, but I actually found that amusing to watch because nothing about this movie is supposed to be taken too seriously. Ultimately, Buck Wild is a fun, light-hearted film – albeit with a bit of blood and gore thrown in to the mix. It should appeal to horror and comedy fans alike, because I think that it got the balance between the two genres just right. I thought there was a tiny resemblance to Cabin Fever, what with the idea of a killer new virus at the heart of the mayhem. In Buck Wild it is the ‘Chupacabra virus’ causing the zombie attacks, whereas Cabin Fever is more about a flesh eating virus working on the victims instead. But I suppose the most obvious comparison would be with any of George A. Romero’s zombie flicks. 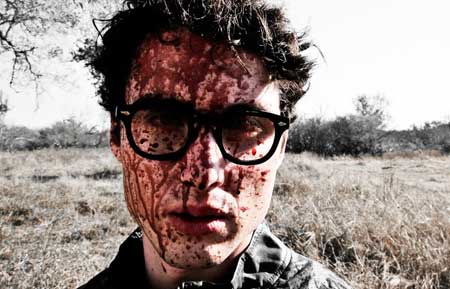 Whilst there were definitely some scenes that gave away the amateur status of this film, on the whole I thought that it was well made and well edited. Even the zombie make-up was of a decent standard as far as I could tell! I have the distinct impression that this film will soon be on its way to the ‘cult classic’ status. Their website has a selection of t-shirts already, despite the fact that the films release date is not until 18th March 2014. Even the local community where Buck Wild was filmed were very supportive of the movie and hundreds of extras turned up to take part in the large zombie horde scene. 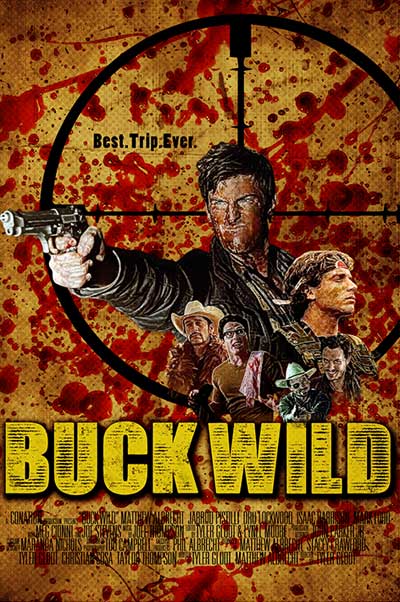 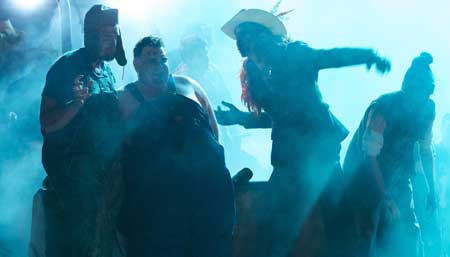 This is a great one for those in the mood for a little low budget silliness. There’s nothing here that requires much thought, so Buck Wild just hits the spot after a long hard day at work. It’s by no means perfect, but I enjoyed this a great deal. And, if my opinion is not enough to sway you, Buck Wild won the Best of the Fest award at the Hill Country Film Festival in May 2013. This was followed by a distribution deal from Millennium Entertainment, who have also distributed great thrillers such as Intruders and Red Lights…not bad for an independent movie which took more than two years to actually make!