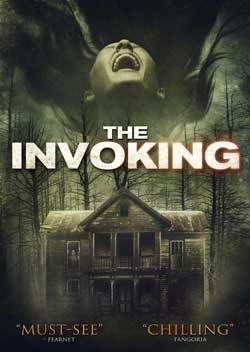 After inheriting a house from the family she never knew, Samantha Harris (Trin Miller) and three friends head to rural Sader Ridge to inspect the property. Soon after arriving, Sam begins to experience horrific visions of savage brutality and unspeakable evil. Plagued by the sinister forces closing in around her, Sam descends into a waking nightmare when the demons from her past refuse to stay buried any longer.

Despite the fact that The Invoking won three awards at the 2013 Dark Carnival Film Festival (Best Actor, Best Cinematography and Best Music Score) and on the day of its release it cracked Amazon’s top 50 Bestseller list, I couldn’t help but feel that this was a bit of a head scratcher. The basic plotline seemed a bit confused and not fully formed to me, or perhaps the idea they had was just not executed very effectively. Plus, the horror side of things pretty much fall flat on their face – when characters inevitably start getting killed off, it’s in such a pathetic way that if you blinked you would miss it. Granted, this is more of a thriller, but they are all about the suspense! 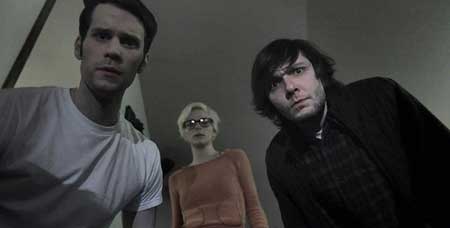 On the other hand, I found it rather inspiring to discover that The Invoking was made in 7 days on a budget less than the first Paranormal Activity film (indeed, it was after watching Paranormal Activity and discovering that Oren Peli shot the film in his own house for about $15,000 that inspired them to pursue filmmaking in the first place), and so taking this into account does give me a certain admiration for what they managed to achieve. Similarly, the DVD contains a 75 minute long documentary of the complete behind-the-scenes of the movie, from conception to editing, and I think that this would be a very useful tool for all of those aspiring filmmakers out there!

The plotline started out in a rather similar way to the recent (2013) Texas Chainsaw movie – a girl, Samantha, who was adopted and never really knew her real family inherits a house from some random relation who’s passed on. She takes her friends with her to explore the property but then bump into Eric, the alleged caretaker of the building, apparently also a childhood friend of hers. Eric is pretty creepy from the get-go and seems to linger around the group too much for my liking. 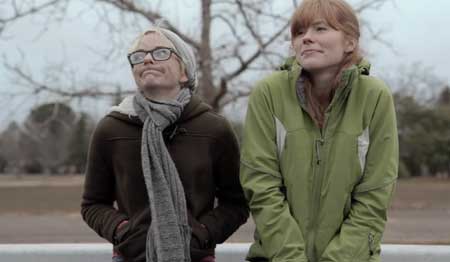 Samantha soon starts to have grim hallucinations in which her friends appear to be in some sort of distress, mostly revolving around domestic violence type of situations. When she realises that what she’s seeing isn’t really happening, she gets closer to Eric, who is quite a calming influence on her. She starts to hallucinate more frequently and struggles to distinguish between fiction and reality. For me, it is at this point that things get a little messy. There are allusions to the idea that what she’s seeing are in fact repressed memories from her traumatic childhood, but then the notion that Eric is just some psycho who made up the fact that he was her childhood friend also rears its head. The ending is left open to interpretation, with things not really resolved as far as I was concerned. I hate to say it, but I came away from The Invoking feeling quite unsatisfied. 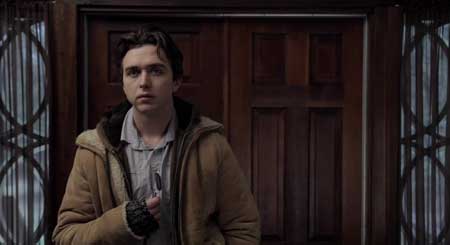 I personally thought that the pacing of The Invoking was just too slow. It takes ages for anything interesting or exciting to actually happen. Although I do understand the need for character development and setting up the various relationships, doing this whilst also throwing some scares into the mix as well is much more preferable. I thought that the mood and atmosphere was just perfect, but there was simply too much of it! Things were all very moody and the tone was set – yet there was no meat to the bones. A reason behind this could be the fact that the producers actually had that specific house in mind before they even had the story. The film only seemed to come about in the first place when director, Jeremy Berg, was talking with his friend Matt Medisch and thought that his childhood home would make the perfect setting for a creepy movie. So yes, whilst the environment works amazingly well, there is no tension or drama whatsoever and unfortunately this does mean that you end up checking your watch a lot to see how much longer you have to wait for something to actually happen! 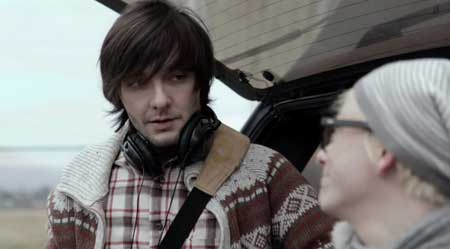 The title of this film is somewhat at odds with the film itself. However, this is an issue that has been addressed in practically every interview and review of the piece so I don’t want to go on about it here too much. I actually took it upon myself to look up the definition of the word ‘invoke’, just to clarify that I wasn’t going completely mad. Apparently, to invoke is to call on (a higher power) for assistance, support or inspiration. And sorry, but in what way does The Invoking actually invoke anything? I spent the whole film waiting for some invoking to occur…

The original title of the film was Sader Ridge (which is the name of the location), however it was Ruthless Pictures’ (a distribution company who are known for acquiring low to no budget films and getting them wider releases) idea to change it to The Invoking. Admittedly, this does sound more like a horror movie and definitely would catch more attention – but the problem is that if you watch the film, you can’t help but feel a little misled by this marketing campaign. Indeed, the similarities between some of the posters for the recent successful horror film The Conjuring and The Invoking are startling (coupled with the fact that both titles are also shockingly similar). I understand that the producers of The Invoking wanted to get their film out there to as large an audience as possible, but giving in to Ruthless Pictures and their awful idea to change the title is unfortunate, especially as it seems to be only because they wanted to cash in on The Conjuring hype. 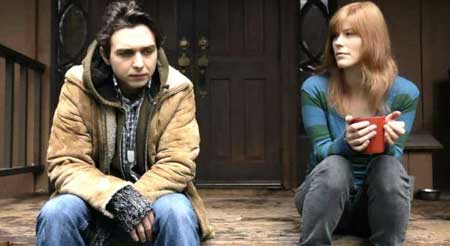 Jeremy Berg, Matt Medisch and John Portanova (writer/producer) have since gone on to create a production company called The October People, so no doubt there will be more films on the horizons from them. The Invoking was a good effort, and impressive given the scale of the production, but I would be curious to see how their skills progress and hope that they will not fall into the same traps that this flawed endeavour did. 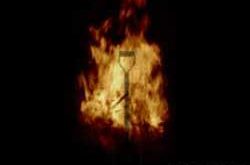