Home | Articles | Feature Article | Robby The Robot: A Look Back at a Robot Legend 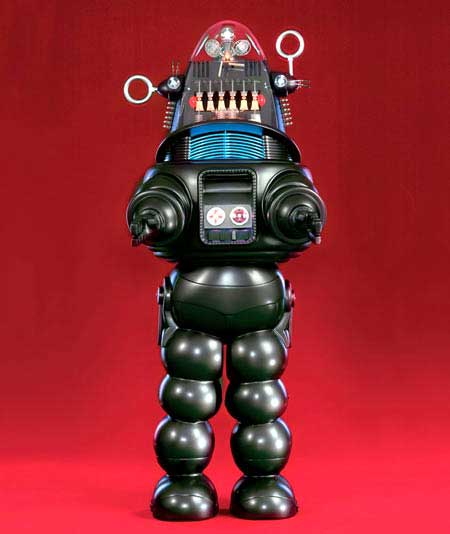 For over fifty years Robby The Robot has remained one of the most famous and widely recognised movie robots of all time. Making his film debut in Forbidden Planet (1956), he went on to star in The Invisible Boy (1957) and later forged a lengthy career in television, guest starring in The Thin Man, Lost In Space, The Twilight Zone, The Addams Family, Ark II, The Love Boat, Columbo, Mork And Mindy, and Clueless. 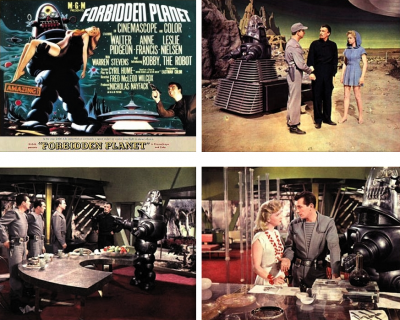 Based on concepts by Irving Block, Arnold Gillespie, Arthur Longrun and Allen Adler, designer Robert Kinosh*ta pushed plastics fabrication and design technique into the twenty-first century. Standing at seven feet, two inches tall, Robby weighed in at just under a hundred pounds thanks to a shell made from a very early form of 1/8″ sheet plastic (manufactured by Royalite and used in suitcases and school cases of the day). Thermo-formed and vacuum-formed from solid wooden molds, the hand-built one-of-a-kind Robby cost something in the region of US$125,000 to build in 1955, a prodigious amount of money for one prop and around ten percent of the entire budget of the film. Operated by an actor (Frankie Darrow and Frankie Carpenter shared the honours in Forbidden Planet, the voice belonged to Marvin Miller), separated into three sections: Head, torso and legs. 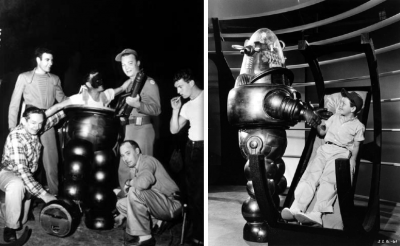 In order to get Robby ready for the first take of the day, the actor would be lowered into the legs where his feet were strapped into stirrups. A harness was then dropped over his shoulders enabling the operator to lift up the suit and allow all joints and rubber connecting straps to move freely. The bulbous torso was lowered onto the legs, secured with special fasteners and finally, the head placed and all the electrical wiring (some 2600 feet of it) connected. Under the protective plexiglass dome, Robby sports gyroscopic stabilisers (which allowed Robby to have a superior sense of balance and fluid movement), forty-four cooling fins, six rocker-arm computer relays that operate during computations before speech, and five high-voltage coils where Krell energy is harnessed and distributed throughout his body. Flanking his dome are Robby’s trademark vertical and horizontal rotating scanners. On the ear assembly, four energy neutralisers and blaster banks are ever blinking in readiness. 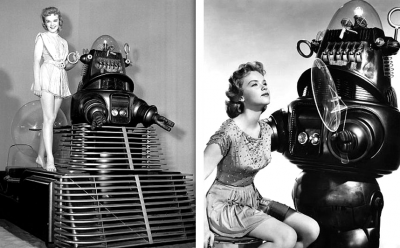 Moving to the torso section in the centre of his chest is the ‘Heart Box’. At the top of the box is an aperture opening where one can introduce a sample of whatever substance is desired to be duplicated – anything from bourbon whiskey to lead sheeting to the latest in twenty-first-century ladies wear. If it all sounds potentially dangerous for the operator, it’s because it is. The field of view is restricted to a slot located behind the nine mercury-vapour neon tubes that form Robby’s mouth, the costume has no ventilation, a very high centre of gravity, and a fifteen thousand-volt electrical system. Robby, by nature, wants to fall and flip over. If he were to fall forward, the operator would fall face-first into broken glass and poisonous mercury. Fall backwards, and he would probably break his neck. 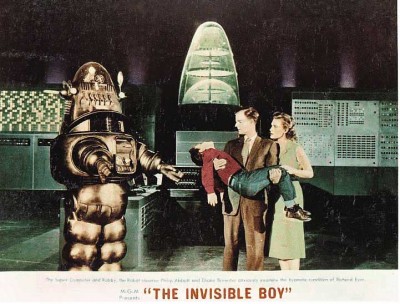 In 1970 the original Robby was sold at a giant MGM props auction, when the movie studio was looking to raise funds for its expanding casino business. Robby went to Movie World in California and was placed on display next to the vehicle he drove in Forbidden Planet. Housed in three huge hangars, Jim Brucker‘s ahead-of-its-time theme park opened years before movie props became collectible, and two decades before venture capitol schemes like Planet Hollywood were dreamed-up by Hollywood accountants. As well as Robby, Movie World featured all the cars from The Great Race (1965), My Favourite Martian‘s spaceship, the Seaview from Voyage To The Bottom Of The Sea (1961), the heat ray from Atlantis The Lost Continent (1961), the original thirty-three inch miniature of King Kong (1933) in chains, John Lennon’s Bentley, and several planes from Tora! Tora! Tora! (1970). 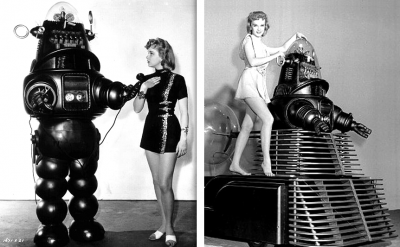 Over time, however, souvenir hunters managed to vandalise Robby. He began to deteriorate rapidly. Fred Barton, who had already built his very own Robby, was hired to restore the original. “After playing ‘Robby and Morbius’ for a few hours, I powered up all the head systems, and he started to sing,” recalls Barton. “The neon tubes still worked, as did every MGM mechanism. Robby smelled of machine oil and lacquer. MGM had used aluminium tracks for the head torso and legs. Robby was silent when he walked. You’d hear a little creaking plastic, but that was it. Truly a magnificent creation. By this time, Robby was painted silver, was missing an ear, a scanner, blasters, and original heart box detail. His legs and body had warped, his ankles broken, his dome had yellowed, and he had dozens of screw holes put in him by uncaring grips who tried to keep him together for whatever shoot he was on. Despite all that, he still worked!” 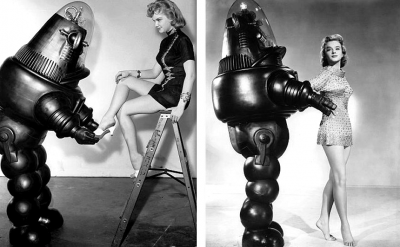 Fully restored, Robby was then sold to a private collector in Southern California, and has completely retired from the entertainment business. Replica Robbys now take his place at corporate launches, science fiction conventions and fan club events. “It’s just too risky to take him out for a show,” says Barton. “If he falls he could suffer irreparable damage, as that fifty-year-old plastic is very brittle!” I know exactly how that feels! And it’s with that thought in mind I bid you farewell, and please join me again next week as we see what the postman leaves on my doorstep – and sets on fire – in Horror News! Toodles! 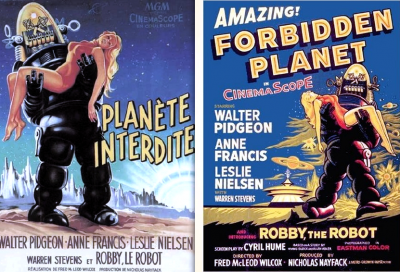 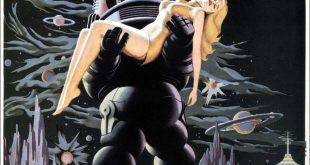 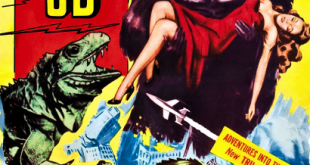 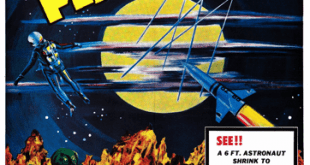