Home | A Trio Of Classic Stars Confront The HORROR AT 37,000 FEET

A Trio Of Classic Stars Confront The HORROR AT 37,000 FEET

Got word this afternoon that the made for TV movie THE HORROR AT 37,000 FEET will get a DVD release on March 18th. Originally airing in 1973 it stars a who’s who of great actors from the time period. You get William Shatner (Star Trek: The Original Series), Buddy Ebsen (The Beverly Hillbillies) and Chuck Connors (The Rifleman) just to name a few. In classic 70’s style the film tells the tale of “a hapless ensemble of airline passengers, who are plagued by a mysterious force from within the cargo hold. It’s up to an ex-priest (Shatner) to confront this mystery, and drive out the demonic forces hell-bent on terrorizing anything in sight. ”

Even got the cover art for you: 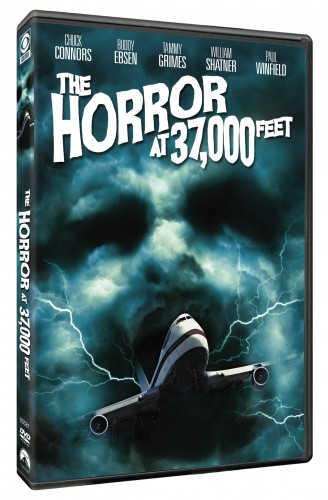