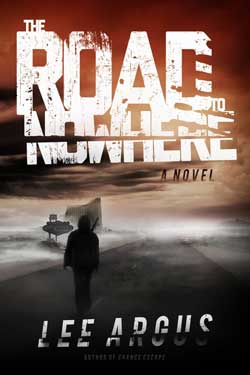 A man awakens within the confines of a desolate, abandoned hospital only to realize he has amnesia. Struggling to stay alive he flees the institution while desperately trying to unravel the mystery of his past while thwarting the clutches of the walking dead infesting civilization. Will he unveil the answers he needs or will he be infinitely be lost on The Road To Nowhere?

Lee Argus’s post-apocalyptic odyssey is a first person account beginning in the ruins of Las Vegas. Perhaps most intriguing is the notion of the infinite question in creativity being what’s in a name? The lead protagonist’s true identity is never really revealed which only enhances the mystique of the plot rather than offer any determent.

The psychological layers are gradually peeled back much to the delight of the reading audience. We get subtle clues of what makes our lead hero tick as he gets vague impressions of his seemingly lost past. His raw determination and tenacity is admirable making his character most likeable and readily identifiable unto a vast readership.

Secondary characters such as the sisters of Steph and Rachael are introduced. They provide a solemn and bleak presence at first that segue unto some much needed comedy relief. We’re unsure of how our lead protagonist will interact with either making this stage a certifiable page turner. The inevitable fate that awaits one of the sisters is unpredictable and heartbreaking. It’s refreshing to see an author take a bold leap into creating a somber mood that will unnerve many readers yet subconsciously drives each to venture further.

The flow, style and tone of the tale translates unto a wide universal audience. One does not have to be an avid zombie aficionado to fully appreciate the extent of A Road To Nowhere. At the same time rabid enthusiasts of the genre will no question appreciate the innovation and ingenuity in the story telling prowess. The Kurus Virus is creative and believable enough to forever suspend the plausibility factor at the same time remaining elusive in its origin to develop further curiosity.

The plot escalates into one narrow escape after another intensifying the suspense luring the reader deeper into the psyche of what lies ahead. Grisly details splatter the pages of the author’s endeavor that are truly not for the faint of heart.

A final act unfolds within the northern regions of what remains in society. The picturesque backdrop is described in utter lucidity beckoning the imagination of the readers further. If one is not a bona fide Lee Argus fan at this stage, I’m hard pressed to find anyone that is not completely ravenous to discover what unfolds next.

The cohesion and comradery that develops among the clan within the final pages restores hope and faith in humanity and the strength of a prosperous sociological future. A conclusion eludes to a sequel that will undoubtedly pave the success of the pending second edition. This reader anxiously awaits how the journey will be in the next road to nowhere. 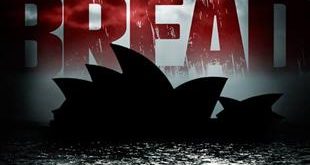 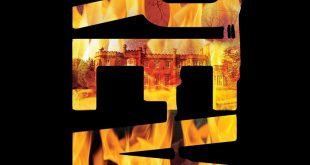