LIONSGATE/AFTER DARK Unleash A New Trailer For CHILDREN OF SORROW

With it’s March 4th debut creeping ever closer LIONSGATE and AFTER DARK FILMS have let loose with a brand new trailer for their “good cult gone bad” flick CHILDREN OF SORROW. Starring the always working Bill Obeerst Jr. this one goes as follows:

Simon Leach is a very, very sick man. Thriving on despair, pain, and panic, he unites a group of broken and desperate people in the middle of the desert. He showers them with the love and affection they’re so desperate for, but Simon has a much greater plan for his followers. “Belongingness” can be a terrifying subject, even more so when acceptance is disingenuous. Children of Sorrow is the nightmare version of that. A young woman embeds herself in a cult looking for answers to her sister’s disappearance, only to find a dark secret within the cult and an even darker secret within herself.

It’s “found footage” but don’t let that scare you away, this one actually looks like it might do it right. 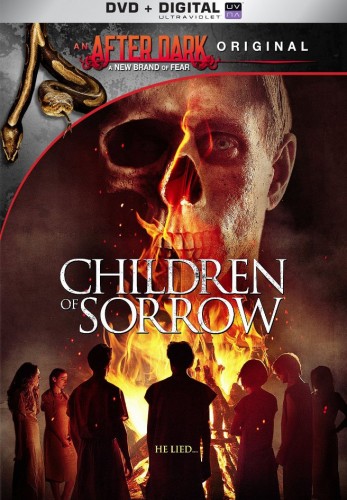