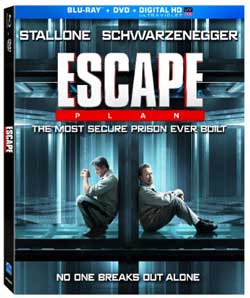 When a structural-security authority finds himself set up and incarcerated in the world’s most secret and secure prison, he has to use his skills to escape with help from the inside.

If this last year has been any indication, it’s that Sylvester Stallone is indeed back with plenty of energy to take on a smattering of new roles. Out off all of them, I do have to say that this ranks among my favorite. While fans get plenty of what they came for in he way of knock out throws and adventure-rooted plotlines, this is the first in awhile that has Stallone really taking on the additional factor of being a mastermind intellect. 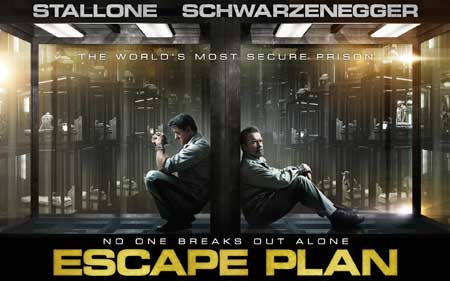 To review this film is to reveal the opener scene for the character that Stallone plays. So if you prefer to stay surprised, then maybe you’ll want to catch the film first before taking on any review browsing.

However, I will say right off the bat that this is a great movie that really utilizes the talents of Stallone and Arnold Schwarzenegger. Fans of both of them will be more than satisfied in this great combo-feature treat. As much as I love Rambo, I’m happy to see Stallone taking on new films that aren’t all gun toting military pieces. Coming off the films “Grudge Match” and “Bullet to the Head” it’s clear that Stallone has returned for his next bout of action showcases. 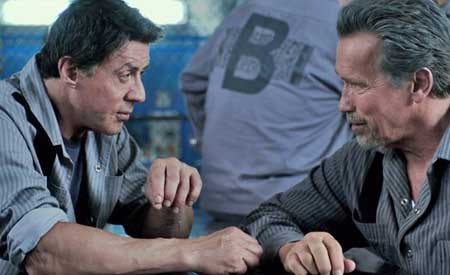 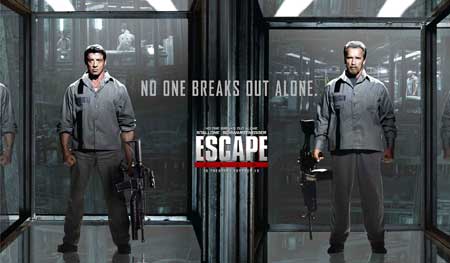 In “Escape Plan” Stallone plays the role of mastermind prison-escape-artist Ray Breslin. Ray is part of the agency-for-hire (and co owner) Breslin-Clark. The agency is contracted sending in Ray as a presumed convict who’s primary role is to study prisons for weaknesses by breaking out. As a structural engineer he is also a noted author who set the bar for high security prison designs by pointing out their flaws. His past life as a prosecutor is what drives him with the sole desire to “keeping the bad guys in” by analyzing prison weaknesses thus preventing escape.

Coming off a recent contract, he takes on an assignment to debunk an “off the grid” maximum security prison that houses the worst of the undesirables. With a contract that promises 5 million, his agency accepts “even” when they suspect that protocols are sketchy and not to usual standards.

Taking on the identity of a terrorist named Anthony Portos, Ray is brought into a high security prison that is unlike any he has tried to debunk in the past. Instantly he is befriended by fellow inmate Emil Rottmayer (Arnold Schwarzenegger) who becomes his accomplish in the beginning. It is here that Breslin also meets the film’s antagonist and prison Warden Willard Hobbes.

Hobbes (Jim Caviezel), mirrors the typical derivative role of the classic “bad warden in charge” character while still managing to provide enough “love to hate” charisma that we can latch onto right way. “Escape Plan” stays fresh in its logic while still bringing to mind classic scenarios found in films like “Escape from Alcatraz” and “Fortress’. In fact, I was beginning to feel like it was due time for another “prison escape film” that didn’t suck” thus leaving a firm place for “Escape Plan” to fall nicely into. Stallone and Schwarzenegger work really well together in this picture making sure to deliver plenty of brawling tough guy scenes for its core audience to dig into. 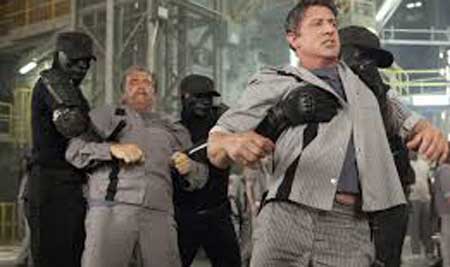 The premise and direction do tend to follow a “typical first-to-3rd act” rollout but in doing so also manage to introduce a few “didn’t sense that coming” moments. The film was directed by Mikael Håfström and is high on my “suggest to own” list this year. 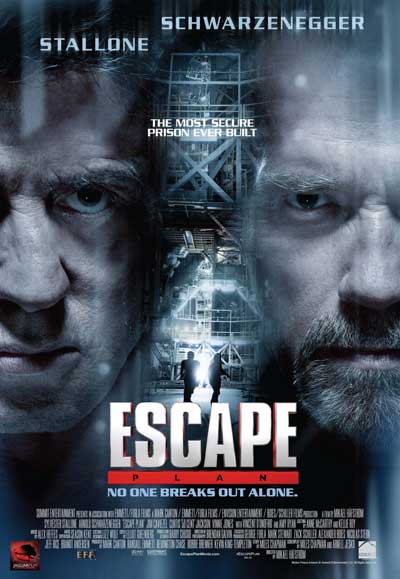 Whether you have tired of the formulas or not, it’s great fun that echoes in the tradition of films like “the Rock”. The movie tends to feel futuristic at times despite it being a primary action driven film. It is also worth noting that the film’s title had changed a few times with it being formerly known as “The Tomb” and “Exit Plan”. I think its current title makes the most sense, in that respect. Good times….and another reason to support our classic action heroes

Escape Plan is now available on blu-ray per Lionsgate Entertainment