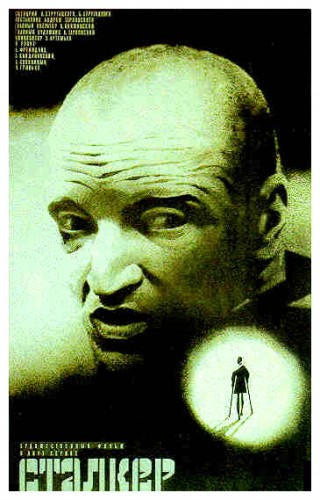 SYNOPSIS:
“Near a grey and unnamed city is The Zone, an alien place guarded by barbed wire and soldiers. Over his wife’s objections, a man rises in the early morning and leaves her with their disabled daughter to meet two men. He’s a Stalker, one of a handful who have the mental gifts (and who risk imprisonment) to lead people into The Zone to The Room, a place where one’s secret hopes come true. His clients are a burned out popular writer, cynical, and questioning his talent; and a quiet scientist more concerned about his knapsack than the journey. In the deserted Zone, the approach to The Room must be indirect. As they draw near, the rules seem to change and the stalker faces a crisis.” (courtesy IMDB)

REVIEW:
Stalker (1979) is a long, hypnotic and rather inaccessible science fantasy by Andrei Tarkovsky, the brilliant director of Solaris (1971). The film is loosely based on the Russian science fiction novel Roadside Picnic by Boris Strugatsky and Arkady Strugatsky. After reading the novel, Tarkovsky first recommended it to his film-making friend Mikhail Kalatozov, then began to be more interested in adapting the novel himself. He hoped that it would allow him to make a film that conforms to the classical Aristotelian unity, that is the unity of action, the unity of location and the unity of time. The plot and flow of the film departs considerably from the novel which takes place in America, but the unidentified, rather grim country where the action of the film takes place feels very much like Russian. 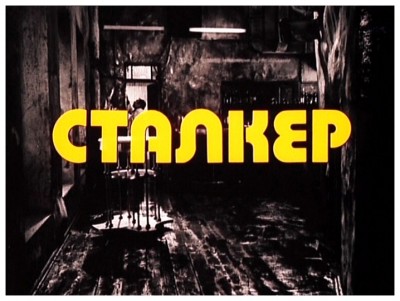 Something falls from the sky, and troops are sent into the area known as The Zone but never return. Physical laws do not apply there. Only a select few are brave enough to sneak in. The guides that lead these people through this singular space are called Stalkers. The Stalker (Aleksandr Kaidanovsky) we meet is a shaven-headed smuggler-saint, who acts as a guide to a Scientist (Nikolai Grinko) and a Writer (Anatoli Solonitsyn) who wish to visit the forbidden wasteland of The Zone, an area where, it is rumoured, a room exists which can grant the heart’s desire of those who visit it. The three characters we follow remain nameless, called only for their professions. 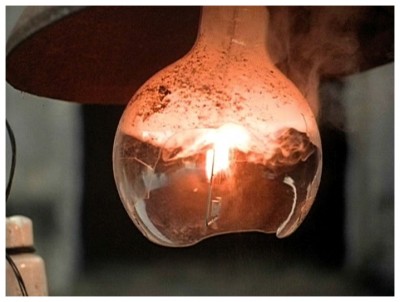 Reaching the room is difficult because The Zone (photographed in colour, as opposed to the black-and-white world outside) is riddled with invisible labyrinths, lethal booby-traps, and areas where no matter which direction you travel in, you end up where you started. On reaching the room, neither of the world-weary intellectuals carries out his intention (the Scientist wants to destroy it, the Writer wants to draw creativity from it). These characters represent key ways to approach the question of existence – reason and imagination. Yet, confronted by The Zone and the darkness in their own hearts, they are ultimately powerless. 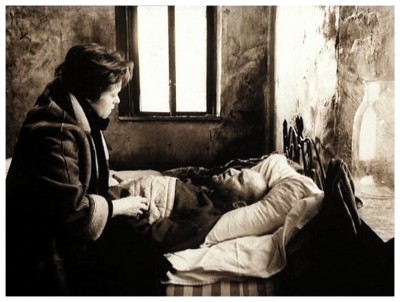 Some hope remains only for the Stalker, who seems to represent love and faith. For him the world is a prison. The Zone, with its mysteries that defy analysis, is the original Nature, unspoiled by the horrendous machinery and smoke of civilisation. Going to The Zone over and over again, he attempts to retain the original purity of Mankind before The Fall. He is driven not by curiosity, greed or any other selfish motive. Like a fallen Christ figure who wants to return to his Father’s kingdom, he realises that what has hardened will never win. The Zone allows only the wretched, those who have lost all hope, but who remain humble and open-hearted like children. 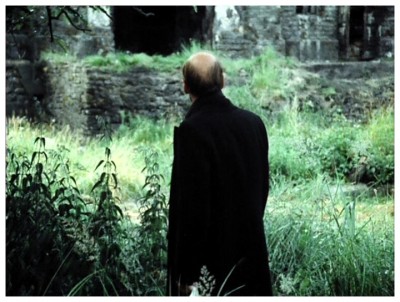 That is why the film ends with Stalker’s daughter (Natasha Abramova), a mutant affected by his Zone-altered genes. The Scientist, the Writer and even the Stalker himself are forced to wander through The Zone, accomplishing little. The young girl sits morosely and moves glasses on the table just by looking at them. Stalker remains a hauntingly atmospheric and deeply affecting spiritual event. If this were an American film, The Zone would be filled with monsters, elaborate special effects and stupendous twists. However, this being a Russian art movie by a spiritual filmmaker like Tarkovsky, such tropes are not necessary. Those looking for action, adventure and excitement should look elsewhere. Tarkovsky is not after your adrenalin or your money – he wants to reach your soul. This is not to say that Stalker isn’t an exciting meditation on human nature, filled with amazing visuals and thrilling in its ambiguous conclusions. 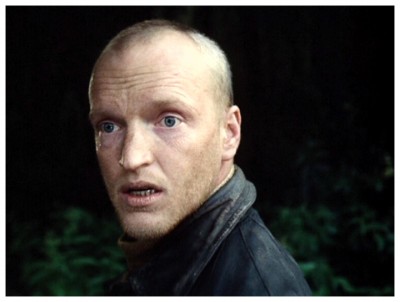 Set in a uniquely drab post-apocalyptic state, Stalker is filmed in startling sepia tones. Mud, mist and decay hold domain over all, except for in The Zone, which retains its natural colours. The Zone is no beautiful wonderland – it is polluted with chemicals, littered with the debris of an industrial landscape, neglected and desolate. The setting for the movie was inspired by a nuclear accident that took place near Chelyabinsk in 1957 although, naturally, there was no official mention of it at the time. The ugliness is photographed with some beauty. Oddly, although the film is bleak and The Zone (whether created by God, aliens or a police state) offers no transcendence, Tarkovsky allows one minor miracle at the end, when the Stalker’s daughter moves a small object by the power of her mind alone. 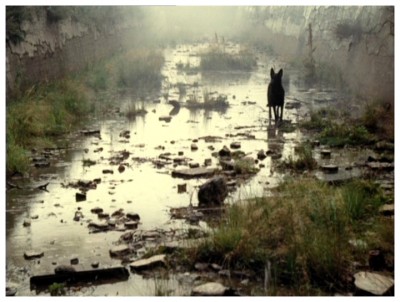 This opaque allegory seems to be about the difficulty of maintaining faith in a world where so much is unknowable, but it certainly has a political dimensions also, and says more about seventies Russia than any other film released in the West. In 2005 Ruscico re-released a version of Stalker on DVD for the international market containing the film on two discs with remastered audio and video. It also contains the original Russian audio in an enhanced Dolby Digital 5.1 remix as well as the original mono version. The double DVD set also contains subtitles in thirteen languages and interviews with cinematographer Alexander Knyazhinsky, set decorator Rashit Safiullin and composer Edward Artemiev. Before exiting stage left, I must express my extreme thanks to Wikipedia‘s extensive article concerning Stalker for assisting my research for this review, and then I’ll politely ask you to please join me next week to have your innocence violated beyond description again while I force you to submit to the horrors of…Horror News! Toodles! 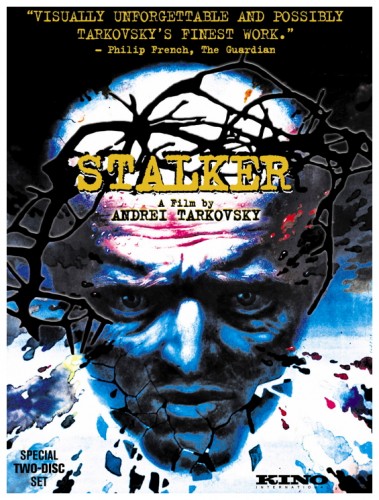 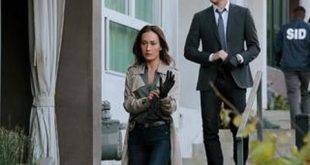