In June 2013 Brentwood based Spencer Hawken announced his intention to create a zero budget horror movie, the movie would not have a cheap look and feel, and would break all the rules when it came to zombie movies. When work began Spencer had no names to attach to his picture, by completion he had several.

Death Walks is based in an East London shopping centre, on the night of a massive street party strange things begin to happen at the centre. Firstly an Italian woman arrives called Lucrezia (Cannibal Holocaust’s Francesca Ciardi) who promises that everyone is going to die. Her visit is followed by the arrival of Poppy (Tracy Beaker star Jessie Williams), from here the 25 people left in the centre are subjected to a night of terror.

“When we began filming it was an ambitious project” says Spencer Hawken “But as time went on it became more ambitious, I was able to bring a horror legend in the form of Francesca Ciardi back to the movie industry, after many big directors tried and failed. Then I secured Jessie Williams who you can find on the BBC each and every day with shows Tracy Beaker and The Dumping Ground. Then Lucinda Rhodes (Dream Team, Fall Of The Essex Boys, Cavegirl), Joanna Finata (Rush) and a scattering of other names came aboard. By the time final shooting came, I was having to sadly turn a number of big names from British television away.”

Death Walks ran on considerably longer than expected, it was originally due to be shot over a period of 24 hours. Instead it filmed from 15th of July to the 17th of November, but Hawken claims the look is now better. The achievement for Death Walks is that it never cost a single penny to make, everything including insurance was given free of charge, or obtained on a contra basis.

“It’s been a strange few months, first we shot a film for absolutely no cost thanks to the generosity of Romford’s Mercury Mall, then we acquired a cast of legends in their own arena’s, and finally a supporting cast and crew of almost 1000 who came back week after week for no cost to complete the task. During the process I was awarded funding for future projects, found work for many of out team, created a partnership with Lucinda Rhodes which already has two movies under it’s belt, three in pre-production and two currently doing the rounds for funding.”

Editing has now began on Death Walks, but no sooner has the film wrapped than the movie is about to become a franchise, Spencer is in serious talks to make Death Walks 2, and several of the cast are keen to reprise their roles. He promises the story will be a million light years from Death Walks “If you make a zombie movie, you have to be different, people will be both impressed and annoyed by Death Walks, but all will undoubtably agree there has NEVER been a movie like Death Walks, hence how I was able to bring current and legendary talent aboard.”

Death Walks is due to complete editing in February in time for submission to the global festival circuit.

Spencer Hawken ad Lucinda Rhodes begin work on No Reasons next week, Road Rage in the Spring, and Godfathers Of London in the Summer. 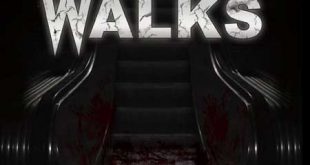 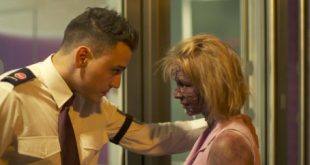