He may be new to the acting scene, but Deron Miller has been a heavy hitter in the rock and metal scene for close to 20 years now. He may be best known as frontman and head songwriter for CKY. After leaving the band in 2010, Deron made the jump to film. He’s a self-proclaimed horror junkie (you can read about his obsession with one particular series here) and film by film is racking up a resume in the genre. Aside from acting, Deron is still aggressively active in music and has an acoustic solo album on the way. His current band WORLD UNDER BLOOD released their debut album Tactical in 2011. Most recently he appeared in the horror/comedy CAESAR & OTTO’S DEADLY XMAS. Here he talks about his involvement in the film as well as his past achievements and what we can expect in the future.

Tell us a bit about your background in music and what your influences were?

My commitment to music started when I was 2. My attention was geared to extremities and anything that held my interest…in a positive way or negative…it didn’t matter as long as I wasn’t bored. Of course, I also loved things that weren’t so extreme, unless you would call an abundance of talent “extreme”…everything from Abba to Yattering.

Do you want to reflect a bit on your time with CKY and the music you guys made?

We did great stuff! Looking back, there isn’t much to regret. In fact, there’s nothing to regret. We did what we did very well. We were excluded from mainstream opportunities because of our attitudes…but I like that. Who else can say they turned down sucking c–k and a-s in favor of doing what they wanted? Money isn’t everything…it’s overrated.

Now that you’ve released the acoustic version of “Dressed in Decay”, when can we expect the full album?

The best advice is….if you want something done right do it yourself. When I do an album like Acoustified or anything else, I can’t do everything. I can’t engineer…I can’t turn the knobs…I can’t save my work to a file. I rely on someone else. And that someone else may be slow, burnt out, having personal problems…what the f—k ever. If I could do it all on my own, I would meet all my deadlines. Since I rely on the work and the word of others…who knows? No one keeps their word.

The World Under Blood album Tactical is fantastic, do you have any plans to do another?

Yes, but again…I won’t be alone on the project. All I know is the 2nd WUB album will be called Tetanus Invasive and the goal is to have it banned worldwide. I want everyone to be offended by what we have done at least lyrically. There’s a lot I want to get off of my chest and World Under Blood is the most therapeutic way to make that happen. When I scream, some people listen…and care! That’s a miracle in itself. 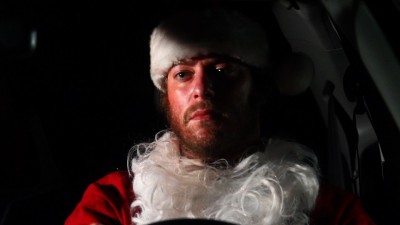 Into the Arms of Cruelty is an intense song and a powerful video, the subject of child abuse gets brushed over far too often and you tackled it head on, can you tell us a bit more about writing the song and the concept behind the video?

It was written instrumentally at first, and I loved all the parts…all the riffs, especially the opening riff. I am rarely awarded that moment where a musical piece like the opening riff to Arms of Cruelty is handed to me. The band hates the video…Kyle Konkiel our bass player was like “whu?”…Luke Jaeger was really disappointed. Tim Yeung wasn’t there…he was on tour with Morbid Angel. They all thought I was in creative control of that video, which i was not. I said “Where’s the band? Where’s all of our faces?”…truth is there was a $5,000 budget for that video. I could have taken the money outright and not done a video. It was not supposed to be the Deron Miller video. And WUB isn’t supposed to be the Deron Miller Band either. When you’re in a death metal band, you can’t quit your day job, because not enough people get it enough to dig it and throw money at it. It’s not a payday. So I had to dig myself out of that hole. I did not creatively control that video. If I had, there would be a lot missing from that final edit. What’s with the shredded wheat with arms crushing the buildings? I do like the video though.

Is there any other style of music you would like to explore?

I just did a Christmas song for a Christian album! It’s a slow, acoustic song that you would never know in a million years that it was me. Country and rap are the work of evil, so I guess those are the styles I would exclude. Also, God, stoner rock, and blues!

When did you meet Dave Campfield?

While Summer Camp Massacre was being filmed. I quit CKY in 2010 too…(laughs)! I was depressed and struggling with s–t. It was just what I needed when I found out someone was needed to play Dick.

Your appearance in SUMMER CAMP MASSACRE was in a small capacity, how was working on the film?

Do you enjoy working on films with your wife?

I enjoy doing everything with my wife.

Can you tell me about taking on the role of Charles Manson in the film Dahmer vs. Gacy? 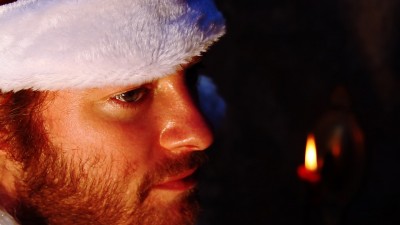 It was an hour of work. I’m not sure that film has been seen. It’s not that good. The guy who made it is very ambitious and definitely a survivor. I believe he will be a name someday doing something, but not with this flick. The coolest thing I can boast about D vs. G is that I was in a movie with one of the Lollipop Guild guys from the original Wizard of Oz. I also get to kill my brother.

How did you end up with the role of Demian in DEADLY XMAS?

I think Dave liked my attitude and maybe my acting. Doing that movie was not easy because I was jetlagged, hungover, and only had 2 days. Add depression to that and you have quite a task. I look like shit in the movie, but thank god Demian was supposed to look like shit!

You have a great scene with legendary scream queen, Linnea Quigley. Had you met her before and how was she to work with?

I was well aware of her…I loved her work and I think Silent Night, Deadly Night was what she was best known for. To recreate that scene, (for me and Demian) was a dream come true. I loved working with Linnea because the whole night was nothing but laughter. She was obviously in self-party mode and it was a trip to watch her pull off her scenes. I find awkwardness very amusing, and if I’m not the one responsible for the bad side of it or the resolution, it’s even better.

Do you have a favorite scene in the film?

I think it’s effective. I don’t know about me. I’m not where I want to be yet acting-wise. I did ok…some others in the movie were really good, especially Ken, Summer, Paul, and Dave. Robin is a great actress as well. You can’t watch yourself and honestly say “I am doing amazingly!”…if you do you have problems. It’s adequate. I love doing it and I will get better at it.

Did you enjoy having a meatier role this time around and being the killer? 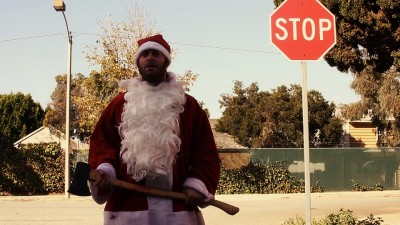 How was the cast to work with, what was the tone like on the set?

It wasn’t the kind of set where you have to watch what you say and look like or what-the-f–k. Everyone got along because no one was pretentious. No one over analyzed what it was and no one thought it was their ticket to other things. I have done bad films where some people were dumb enough to think “this is it”…no it is not.

What are your thoughts on the finished film?

I have a rough cut from 2 years ago. I’m not sure i have seen the finished film yet. But I do like it a lot.

Can you talk a bit about you’re upcoming film work and what we can expect?

I just finished one called No Solicitors which I think will be great. My goal is to get the scariest film ever made out next year…a real life CKY documentary that will give audiences heart attacks. Trust me.

Thanks so much Deron for taking the time out to speak with me. 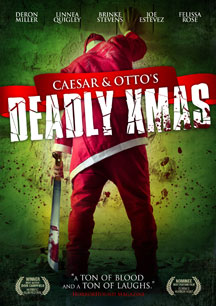 CAESAR & OTTO’S DEADLY XMAS is out on DVD this Tuesday (the 19th). You can find it on VOD as well as in major rental chains like FAMILY VIDEO. You can order it here from AMAZON. Buy it now and hopefully this won’t be the last of my coverage on the film. 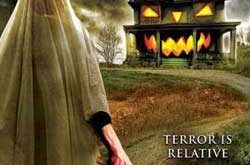 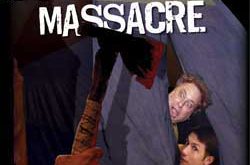 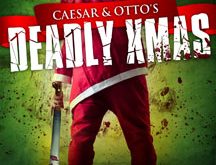 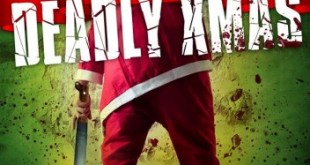 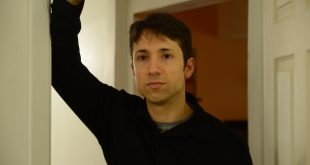