With the release of Caesar & Otto’s Deadly Xmas just a few weeks away, I felt it was time to talk to Caesar and Otto themselves, Dave Campfield and Paul Chomicki. Last year I talked to Dave pretty extensively about his film and career (you can read that interview here) so much of this interview will focus on Paul but I wasn’t about to let Dave off the hook and had him bring us up to speed on the road he has traveled with this film.

Corey Danna: Paul, when did you first become interested in acting?

Paul Chomicki: Just from watching movies in general. Three performances stand out that I guess you can say inspired me. Robert DeNiro in Taxi Driver, Jack Nicholson in One Flew Over the Cuckoo’s Nest and probably in the biggest way was watching Gene Wilder in Willy Wonka and the Chocolate Factory.

CD: Dave, what’s more challenging for you, acting or directing?

Dave Campfield: When it comes to the Caesar & Otto series, definitely directing. I can just snap my fingers and become Caesar. Why it’s so easy to slip into this character, I just couldn’t tell you. Directing on the other hand is the matter of dealing with constant mishaps. Not 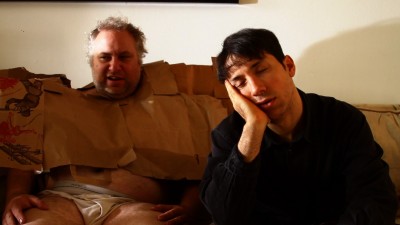 unlike one of those cartoons where a ship keeps getting holes in it and a character has to plug each with their right hand, left hand, right foot, left foot, face, etc… Directing a film of this budget takes an extraordinary degree of dexterity and patience.

CD: When did you first meet Dave?

PC: Dave and I met in high school and he was two grades below me. We had a mutual friend and I knew Dave made his own movies as well which I thought was interesting.

CD: How long after meeting each other did you start collaborating?

PC: We started collaborating very quickly. Dave would make the movies and I would act in some of them.

CD: How did the two of you begin to develop the characters of Caesar and Otto?

DC: It was just an outgrowth of sketch comedy we did in my parent’s basement. These two characters seemed to click with us. The more often we met, the more we developed them.

PC: It was basically just kind of an improvisational exercise. Originally, I played Otto as retarded but Dave changed the character a bit for the first movie.

CD: After coming up with the Caesar and Otto characters, when did you decide to center a film around them?

DC: Post production on my debut film (Dark Chamber) took so long that I decided to take on a whole other film while I waited for it to get done. I felt these characters had feature potential… I wrote the script in two months, and had it in the can before my tech people on Chamber were finished. 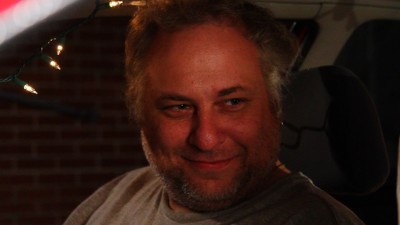 PC: Once I moved to Los Angeles, Caesar & Otto wasn’t anything I thought about much. When Dave had the idea to do a feature with these characters, it was well over 10 years after we first came up with the characters as far as I remember.

CD: Summer Camp Massacre was the first time the characters were exposed to the masses. Looking back, how do you feel about the film?

PC: Looking back I am very pleased with the end result. I think the chemistry between Dave and I make the movies work so well. Dave cast some talented people who were also fun to be around. It was tough to make but we pulled it off.

CD: After finishing Summer Camp Massacre, did you expect there to be a sequel?

PC: I had a strong feeling we would make another one. Even though it was a tough shoot, I knew Dave recognized, like I did, that these characters would work in almost any horror setting. I knew he couldn’t resist taking these characters out of the toy chest another time. Too much fun!

CD: As a director, was your approach to Deadly Xmas any different than when you did Summer Camp Massacre?

DC: I wanted Xmas to feel like a bigger film. More production values, and more of an active use of the camera. Hopefully it winds up being a grander, and more memorable experience.

CD: Deadly Xmas reunites much of the cast from Summer Camp Massacre (many of them playing new characters), how was it to have the gang back together?

PC: I loved seeing the old gang again. I stayed in touch with many of them anyway, but being able to act with them was great. It always makes for a more comfortable setting when you know everybody personally a bit.

CD: How did you enjoy working with Brinke Stevens who is pretty hysterical in the film?

PC: This second time around acting with Brinke was great. I wasn’t truly comfortable acting with her in Summer Camp Massacre because as soon as we met we started shooting scenes together, but this time around we knew each other a bit and I felt my acting was better for it. She is fun to be around on and off set. A great sense of humor!

CD: One of the standout scenes is the 80’s flashback with you and Summer Ferguson, how fun was that to shoot?

PC: I loved shooting that scene. I thought Summer did a terrific job with the Long Island accent. Davis Campbell who plays my friend Dan was great in the scene too. It was one of the less stressful days of shooting. Anytime you put bad wigs on people, fun usually follows!

CD: Do you have a favorite scene?

PC: Although, I love all the wacky stuff that happens on screen, I really like some of the tender moments between Otto and Allison, like when they are talking in the car after Allison falls asleep during Otto’s appearance on the Doctor Pheel show. The dialog is funny but at the same time it’s a tender moment.

CD: How would you describe Caesar?

DC: A conceited attention whore who lacks self-perception or talent.

CD: It’s his fear of Santa Clause that drives the picture. Are there any other holiday figures that frighten him?

DC: Well, there was that one time the Easter Bunny kicked the crap out of him in the mall as a child…

CD: How would you describe Otto?

PC: Otto is definitely lazy and a bit ditsy but has a pretty big heart and would never intentionally injure someone. He has a creative side and is smarter than he gets credit for, if even just a little!

CD: Has your character changed or evolved at all from film to film?

PC: Otto has evolved in the way that he now has respect enough for himself to at least stand up to Caesar a little more each movie. He is sensing that his brother needs him as much as he needs his brother.

CD: Any chance Otto will finally get fed up and just bitchslap Caesar?

PC: Well, I do see that coming but if you remember, Otto does fight Caesar back in the fight behind the bed. He also choked Caesar a bit in another scene. Perhaps in a future movie, Otto can give Caesar a big old bitchslap. I know the audience would love it!

CD: Was there any particular rough patches on set or did things move pretty smoothly? 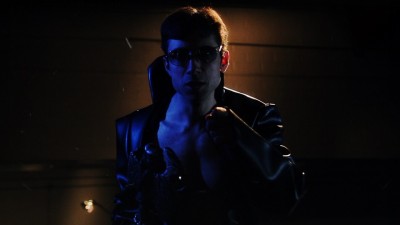 DC: Every film I’ve made has had rough patches. Summer Camp had more bumps on the road then a preschool parking lot, and this was no different. Problems always boils down to budget. When simple things, like printer ink becomes an expense you can’t afford, it’s not going to be an easy shoot.

PC: There were one or two days when the day was just dragging on and people were getting cranky. That’s all I’ll say. I will say for the most part though, it was smooth sailing.

CD: I know it’s been close to two years since completing the film, can you tell us a bit about the journey the film has made since its premiere screening to DVD debut?

DC: First cut of the film was done in December 2011. I wasn’t entirely happy with it, so we wound up doing reshoots in April 2012. But one piece was missing… A Silent Night, Deadly Night 2 Garbage Day spoof which was then shot in January this year. Some people flat out love the film, some people don’t… All I can say is this film matches my own warped sense of humor, and I hope enough people love it to justify doing another sequel.

CD: How difficult is it for an independent film to find a reputable distributor like Wild Eye Releasing?

DC: I wasn’t exactly keen on the release of Summer Camp, so I explored more options. Wild Eye was recommended to me. The president of the company and I had a talk at the Macabre Faire Film Fest this past summer and really hit it off. He loved the film, and the next thing you know we were in business. So in this case, I guess you can say luck was on my side.

PC: The original Texas Chainsaw Massacre and The Exorcist have always been favorites of mine.

CD: What’s next on the acting front for you?

PC: Acting wise I’m not sure but would like to make a few short films.

CD: It’s taken quite a while for the film to come out but the response has always been predominantly positive, any final thoughts on the finished film? 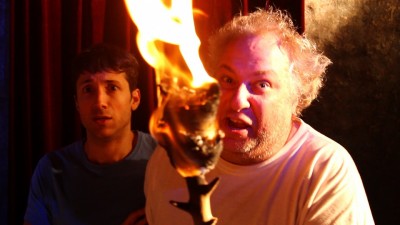 PC: I really like the final product. Having such a low budget only makes you better creatively.

DC: Caesar & Otto will hopefully be taking on the supernatural next in Caesar & Otto’s Paranormal Halloween, as for Dave Campfield, he has taken on co-hosting duties for the Wednesday night streaming video podcast NERDGASM. Preproduction also continues on my horror film Fear the Reaper which looks likely to shoot in late Spring.

CD: Thanks for your time guys and best of luck with the film.

Be sure to check out Caesar & Otto’s Deadly Xmas when it hits DVD on November 19, courtesy of Wild Eye Releasing (with VOD to follow). Pre-order on Amazon or look for it at your local Blockbuster or Family Video. Check back soon for an interview with the films’ resident psycho, Mr. Deron Miller.