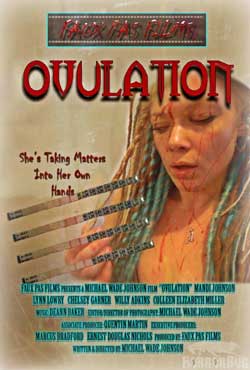 A desperate woman determined to have a baby goes to some extreme measures (including murder) in order to become pregnant.

I’m always up for checking out new low budget horror films that are shot on video. Some of them are very good while others leave a lot to be desired, so you never know for sure what you are going to get until you sit down and watch them. I recently watched writer/director Michael Wade Johnson’s short film Ovulation and as much as I wanted to really like it I have to admit that it falls somewhere in between. I think that it is cool that the people behind it went to the trouble of making it but in the end I was just more than a little underwhelmed by it and feel that it could have been a lot better after everything was said and done. 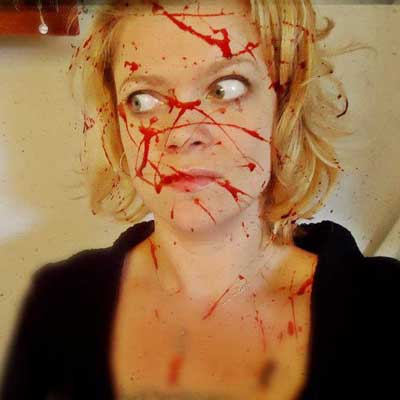 I thought that the premise was interesting and in my opinion it had promise but the execution just wasn’t there for me. The story is different and somewhat original but I don’t think that Johnson knew quite what to do with it. The movie started out with a suspense/thriller feel to it that focused heavily on character but halfway in it switches gears and becomes a slasher flick. It’s not that I’m complaining as I love slasher flicks but it just didn’t quite seem to work this time around as it doesn’t gel with the first part of the film that seemed to be going in a totally different direction. There is a point where it almost becomes a totally different movie in a way and if I had to guess I would say that Johnson struggled quite a bit with the script before filming began as he was torn between making it a character-driven thriller or an all out horror film (I think it worked better as the former if you ask me). 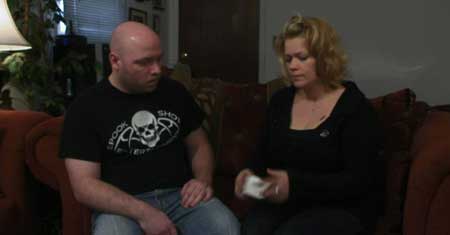 I think that one of the problems with the film was the characters in general. I think that we are supposed to feel sorry for Azura before she totally and completely loses her shit in her quest to have a baby but I had a great deal of trouble doing so personally. I thought that she was a little too overbearing and pushy to be honest and there are times that she comes off as just plain annoying with all her whining about not being pregnant if you ask me.

I don’t think that Mandi Johnson (who plays the part) is to blame as she is obviously a talented actress, but her character is just so unlikable it was impossible for me to feel any sympathy for her or her plight. I didn’t care for her boyfriend Simon (Willy Adkins) either as he was equally annoying and I was glad when he finally got what was coming to him as it meant I didn’t have to watch him sit around and sulk any longer (which is pretty much all he does the entire time he is on camera). There are a couple of other characters that make appearances but to be honest they are pretty forgettable and really not worth mentioning aside from Regan, who has the best death scene of the movie. 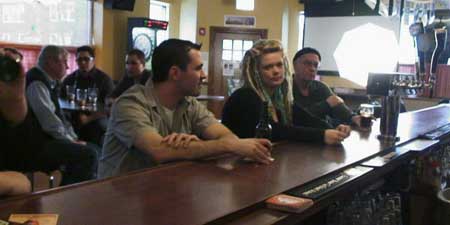 Not everything about the movie was bad as there were a handful of things about it that I enjoyed. As I said earlier I dug the overall premise and I have to give kudos to Johnson for at least trying something different (I found it to be realistic to an extent as well as I have actually known women to be as obsessed about having a baby almost as much as Azura was). I enjoyed the gore too, and the scene where someone has his nut sack cut off had me squirming in my seat as it looked a little too real to me. I also have to say that Regan’s death via hot iron to the crotch was pretty cool (and appropriate considering her character) and creative.

Ovulation wasn’t a terrible movie by any means, but at the same time it wasn’t exactly anything special either. While there were some things I dug about it there were also other things that I wasn’t so keen on. I think that it had a lot of potential to be something great but in the end it fell apart for a number of reasons (I really disliked the ending and thought that it was ridiculous that Azura ends up breaking the fourth wall at one point). Check it out if you’re curious, you may end up really digging it. 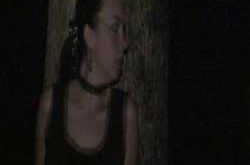