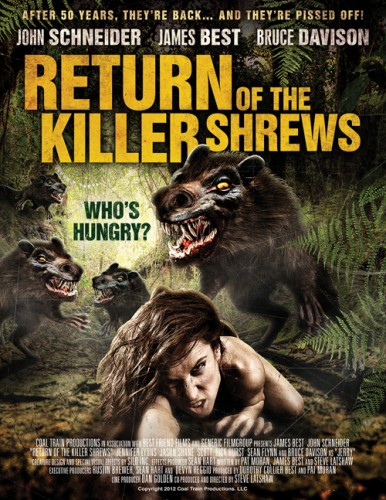 The ’59 film, The Killer Shrews, found a group of folks on an island with the ravenous beasts. This time James Best’s ship captain is hired by a reality crew to return to the island and…you guessed it, the shrews attack again.

It’s almost unheard of to see a sequel produced for a fifty four year old film that actually stars the lead from the original. It’s even crazier when the original film is considered by many to be flat out horrible. So why would anyone even bother doing it? I don’t have an answer for it but it has happened and it’s most likely just as bad as the original.

What sets it apart is how it tends to be mostly just tongue in cheek fun. The film which just earned a sequel is the 1959 classic, The Killer Shrews. The new film, Return of the Killer Shrews, is a direct sequel starring James Best, the hero of the original. He is best remembered for his role on The Dukes of Hazard as the inept Roscoe P. Coltrane. Fans of that series will most likely enjoy the in jokes the film delivers.

A reality show film crew has set up shop on an island. They hire Thorne Sherman (James Best) who is a ship captain, to bring some of their equipment, as well as some of their personnel. Thorne has been to the island before and doesn’t want to be there. He warns everyone, telling them to find a new place to shoot, of course no one listens. He and his best friend Harold (Rick Hurst), want to leave but they’re not going anywhere without their money. Various crew members begin to go missing, attacked by killer shrews that are ripping them to shreds. With the show’s star Johnny Reno (John Schneider) trying to show boat while the rest of the crew rolls their eyes, the show seems more important than the evil on the island taking everyone out. 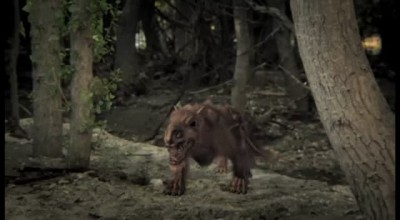 Director Steve Latshaw (Jack-O) is well known for directing a string of silly fun B-movies but has also written some fantastic DTV action films, including the Dolph Lundgren vehicle Command Performance. It feels like he took the original’s reputation and uses it to the advantage of the new film.

There are plenty of nods to the original as well as other in jokes that are rather funny. The dialogue and how people react to things is the basis for much of the humor. The cast all appear to be having fun, especially Best. What’s fun, is to see Best, John Schneider, and Rick Hurst working together again. It’s easy to overlook the fact Hurst played the loveable dope Cletus on The Dukes of Hazard. Schneider is a real highlight of the film and his character’s vainness is great.

To create the killer shrews in the first film, real coon dogs were dressed to look like vicious beasts. The results were laughable and the shrews in this film don’t look much better. This is the worst CGI I’ve seen this side of the SyFy Channel. As fun as the film can be, those effects were sort of nauseating. It’s a shame they didn’t turn out better but this is what we have to work with. 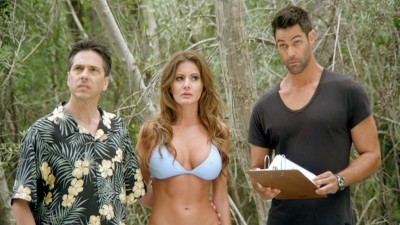 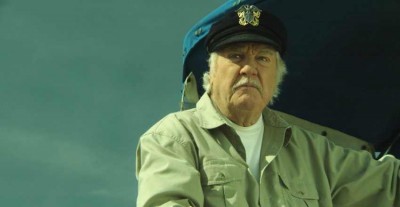 No matter how you look at it, Return of the Killer Shrews is an unnecessary sequel that should have never happened. So here we are and we have one upon us and the filmmakers took the right route and the tone is exactly how it should be. Seeing Best reprise a role he originated 50+ years ago is a treat for movie fans. John Schneider is hilarious and the rest of the cast is likable as well.

There are no real surprises in the story but it’s always nice to see actors making these goofy little films and having fun with the roles they are given, including Mr. Bruce Davison. The CGI is so horribly bad though some may have trouble absorbing it all. It’s so bad it’s distracting but the humor is able to take the edge off. Return of the Killer Shrews is B-movie fun regardless and deserves *** (out of 5) just for being silly.