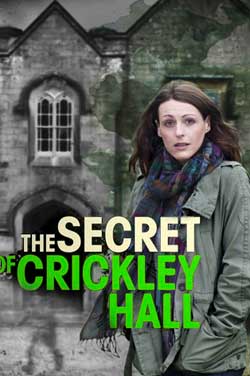 After the disappearance of their son a married couple and their two daughters move to Crickley Hall, unaware that some horrible events took place there back in the 1940’s when it was an orphanage and that the place is possibly haunted.

I am sort of on the fence when it comes to this series (which is based on the novel by James Herbert). On the one hand I thought that the premise was interesting to an extent, but on the other I thought that it was lacking in a lot of ways as well. I didn’t particularly like the fact that it kept jumping back and forth from the present day to the past so often to show what transpired in the house. I felt that everything that occurred in the past could have been shown in one episode (the show is a three-part miniseries) and thought that it was more than a little distracting to keep jumping back and forth between the time periods. I understand why this was done but I just had trouble getting into the miniseries as a whole as a result and thought that it could have been handled a little differently to make things flow a bit smoother. 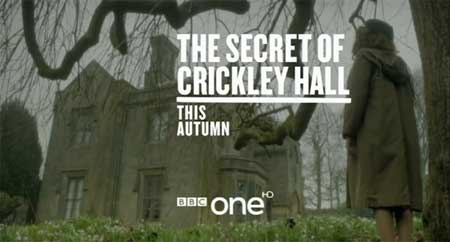 I also didn’t like the fact that overall the show suffered from a serious lack of scares. I get it that it is more of a mystery/ drama that relies on suspense as opposed to being a full-blown horror story but I still think that the people behind it could have thrown in more spooky happenings and disturbing images just to keep viewers on their toes and make things a bit more interesting. For a show about a haunted house where a number of truly horrifying and terrible things took place so long ago I was expecting to see a lot of paranormal activity taking place but this wasn’t the case at all. We do get some ghostly activity every now and then but as a whole there just wasn’t nearly enough in my opinion. I’m not saying that the miniseries was boring as it did have its moments from time to time that had me on the edge of my seat, but these moments were too few and far between for my personal taste. 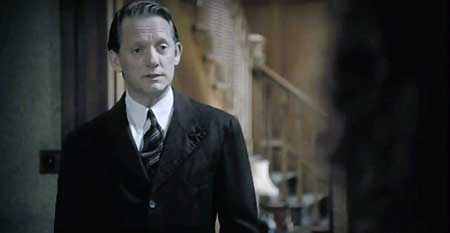 I hate to admit it but just found the big payoff surrounding Cam’s (the little boy who disappears) fate to be a little underwhelming as well. To me it was just so-so and there really wasn’t anything that special about it in the end. I don’t want to give anything away but I was expecting there to be some huge Earth-shattering revelation to be connected to his disappearance but it didn’t happen. To be honest I was a little confused as to why him disappearing is such a huge part of the plot in the first place since it really isn’t that big of a deal when it comes to the big picture and overall main point of the series once we find out what happened to him.  Maybe it was just me but I was expecting a whole lot more when it came to the reason that he disappeared and its whole connection to Crickley Hall but it all just seemed rather minor and the whole subplot seemed a little pointless in my opinion as the writers could have come up with a much better reason to have the family move to the supposedly haunted house that would have had more of an impact (and a better connection to all the things that happened there in the past). 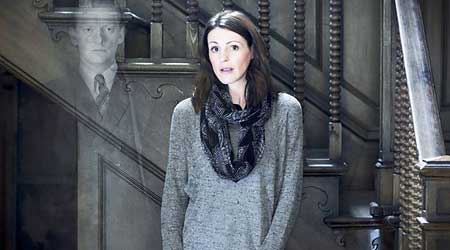 On the plus side I did like the characters, especially the ones that were seen in the modern day segments. I really liked the entire Caleigh family and felt bad for them that they had lost one of their own (though I didn’t care for the scene where Eve tears down the picture of the missing cat that was placed over her son’s missing poster. Come on, I’m sure that someone misses their cat as much as you miss your son and is just a desperate to get him or her back. 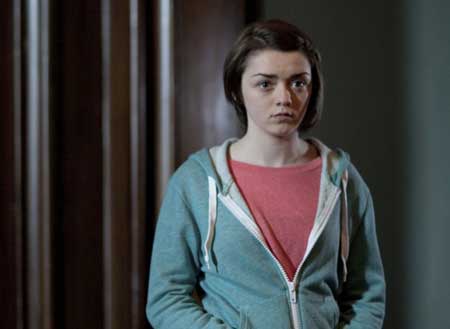 Then again I am an animal person who views our pets as members of the family). I liked the fact that during the first episode Eve’s husband (who was probably my favorite character) automatically believes her when she says that there are some supernatural things taking place and that we didn’t get the overdone typical bullshit scenario of him not believing her until after he sees a number of ghostly things happening with his own eyes which happens way too much in movies and TV shows these days (I also thought it was awesome that him and his daughters vote to get the hell out of the house early on too). I liked that David Warner (from such excellent movies such as Waxwork and The Omen) appears in the series as Percy as I’ve always been a fan of the guy and think that he kicks all sorts of ass in anything he appears in. Overall I dug the characters and felt that they were realistic and likable for the most part. 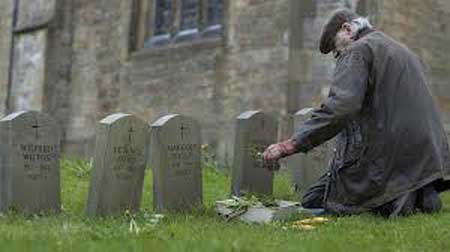 The Secret of Crickley Hall was just OK if you ask me. I didn’t dislike it but I thought that it could have been a lot better at the same time. It moved a little too slow for me for the most part and I think that it could have benefited from having a little more suspense. I’ve never read the book so I’m not certain how close the miniseries stays with it, but I’ll have to admit that I’m curious about checking it out now as I’ve seen a few comments online that suggested that the ending was quite different. Check it out if it sounds like something you would be into, you could do a whole lot worse and I am actually thinking about watching it again as I think that I might have missed some subtle things the first time around that would have enhanced my overall enjoyment of the series. 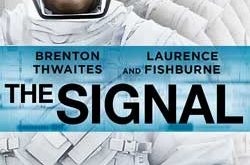