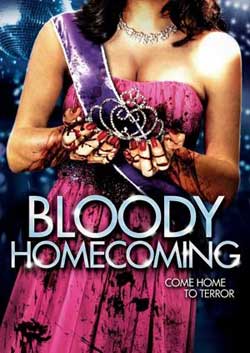 Three years after a tragic accident leaves a student dead at the annual Homecoming dance, a group of senior friends anxious about the return of Homecoming Night to their sleepy Southern town find themselves being murdered, one by one, by someone from their past in the dark and desolate halls of their very own high school.

Whatever happened to the good old days when nearly every horror film I watched featured a bunch of adults playing high school students being knocked off most heinously by a masked killer, usually during a holiday or big event? Of course when I say “Good Old Days” I mean the 80’s and that particular type of film (Slasher) appeared to be the only type of horror film being produced at the time. As a matter of fact, there was a new slasher film being released nearly every week for a while during that decade, or maybe it just seemed that way. Either way, there were plenty of slashers going around, laying waste to faux teenagers wherever they were having illicit sex or taking drugs. 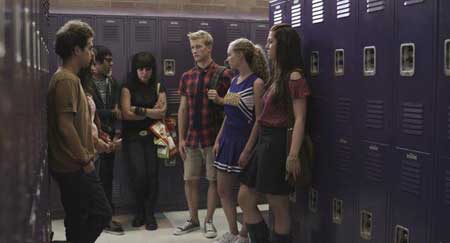 The producers of Bloody Homecoming remember those halcyon days very well though and the script here is taken straight out of the Prom Night/Graduation Day/Final Exam mold. A bunch of high school kids? Check! A homecoming dance they can’t get into (They’re not seniors yet)? Double check! An unfortunate accident leading to someone’s death? Triple check! Fast forwarding to a few years later (When the kids ARE seniors & can go to the big dance) and the mysteriously garbed somebody that’s bumping them off one by one until only one remains? Check, check checketty check! 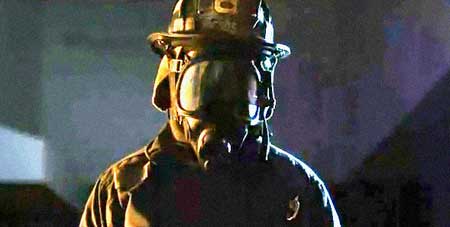 As a matter of fact, that’s really all there is to it! Bloody Homecoming isn’t trying to score brownie points by putting a different spin on these oh so familiar proceedings. It’s more than happy to just revel in what made slasher films as popular as they once were and takes pains to touch on as many of the tropes that are associated with them as possible. The acting here isn’t exactly award worthy but it does the job it sets out to do and as expected, everyone in the cast looks to be 10-15 years older than their characters are. But Randi Lamey (As Jaclyn Baker) stands out like a single weed in the middle of a nicely manicured lawn (And I mean that in the best possible way). And props for casting actor Jim Tavaré as Janitor Fred are warranted also. It’s not a big, flashy part but he bears a striking resemblance to genre icon Michael Berryman and that made the film feel more inviting to me.

Scripter Jake Helgren fills his story with enough red herrings to make Hitchcock proud and the film had me guessing who the killer was throughout, like any good slasher film should. Add that his killer wears a fireman getup (Reminiscent of the murderous miner of My Bloody Valentine (1981/2009)) & you can see that the man knows his stuff. Director Brian C. Weed has done his homework and is obviously a fan of the genre as well. His camera hits all the right angles and it looks and feels like it might have been made 25-30 years ago when slasher films were all the rage. And while the film gets bogged down a bit in the middle, what slasher film didn’t? The movie never becomes a chore to sit through and he deserves kudos for that alone. 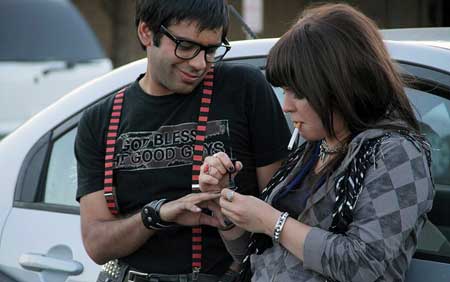 There are a few issues that work against the film though. Firstly, it’s not an especially gory film. Now I dunno about any of you but when I think of any slasher film of the 80’s I think blood and lots of it! Maybe the script was just written this way but the film could use a bit more bloodshed. The murder scenes weren’t especially different from anything I’d seen before either & look a bit amateurish at times. The soundtrack is filled with low rent 80’s sound alike tracks that might fit the bill for some but felt more tacky than anything else to me. I was genuinely surprised at who the killer turned out to be at the end of the flick and that was a nice change of pace. And of course, just when I thought it was all over, there was one final sting at the end. This sting doesn’t make much sense but a lot of the films that Bloody Homecoming pays homage to had stings that didn’t make much sense either did they? 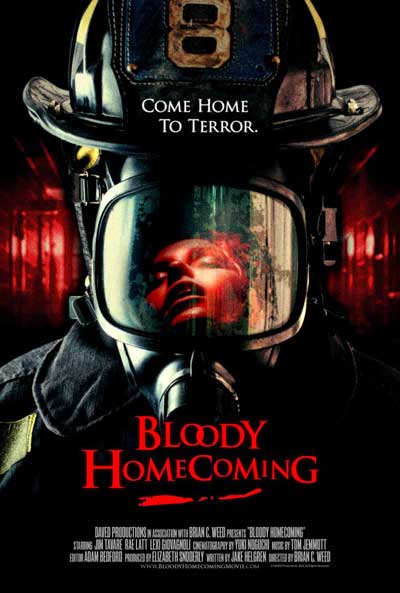 All in all, Bloody Homecoming is a nice little tribute to the slasher films of my youth and a nice introduction to those of you who are interested in watching some of its elder statesmen and seeing where the inspiration for it came from. Helgren is such a fan that his next film (Which he is both writing & directing) is another tribute to the genre and will feature scream queen (& a helluva good actress) Debbie Rochon. It’s called Varsity Blood and I, for one, can’t wait to see what he’s got up his sleeve for that one! Until then, rest assured that Bloody Homecoming is well worth a Redbox rental.

Bloody Homecoming 3 out of 5 shrouds. 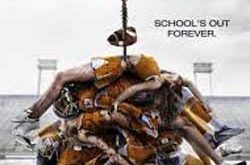 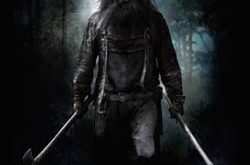