We’ve talked about BAD MILO a few times. If for no other reason you should remember it because it’s the flick about the dude who poops out a little demon every time someone upsets him and said demon heads on out and takes care of business. Yeah, that’s BAD MILO.

It’s currently in the midst of its VOD run and more than likely available right now if you check your local VOD menu. It will hit a handful of theaters on OCT. 4th and presumably, a home video date shortly after. But, tonight I’ve got a nice little look for you of MILO’s first kill. You ready for this?

Duncan’s (Ken Marino) life is a real pain in the ass. Tormented by his manipulative, crooked boss (Patrick Warburton); a nagging mother (Mary Kay Place); a deadbeat new age dad (Stephen Root); and a sweet, yet pressuring, wife (Gillian Jacobs), his mounting stress starts to trigger an insufferable gastrointestinal reaction. Out of ideas and at the end of his rope, Duncan seeks the help of a hypnotherapist (Peter Stormare), who helps him discover the root of his unusual stomach pain: a pintsized demon living in his intestine that, triggered by excessive anxiety, forces its way out and slaughters the people who have angered him. Out of fear that his intestinal gremlin may target its wrath on the wrong person, Duncan attempts to befriend it, naming it Milo and indulging it to keep its seemingly insatiable appetite at bay. 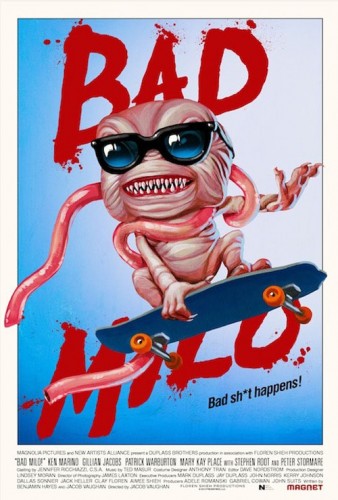 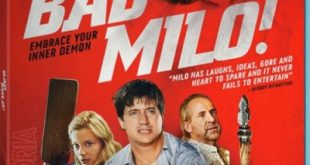