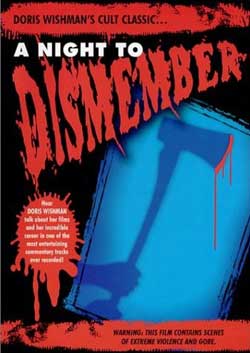 After being released from a mental hospital where she was committed for killing a couple of people Vicki returns to home to her family. It isn’t long after her return that the bodies start piling up, but is Vicki responsible for the murders or is someone else behind them?

What do you get when you combine former p*rn star Samantha Fox (not the same chick who did such classic songs as “Naughty Girls (Need Love Too”) and appeared topless in a butt load of posters that used to be advertised in Hit Parade, Circus, and other heavy metal magazines back in the 80’s), a piss poor screenplay, a narrator that sounds just like McGruff the Crime Dog (anyone remember him?) and bad acting? If you said a crappy movie then you win the kewpie doll because you are absolutely right. I’ve seen my share of bad movies in my lifetime and without a doubt A Night to Dismember is right up there toward the top of that list. I’m surprised that Joel (or Mike) and the bots from Mystery Science Theater 3000 didn’t take a stab at this movie as it would have been a perfect pick for their show. I always try to find at least one good thing about every movie that I watch regardless of how bad it is, and sometimes it can be a real challenge to do so. Believe me when I say that this was one of those times.

Supposedly the people responsible for this movie aren’t entirely at fault for it being as bad as it is. According to director Doris Wishman (whose credits include a film called Dildo Heaven-I am assuming it is a nice family film but I’m not sure as I haven’t actually seen it myself) some pissed off film processing lab worker destroyed most of the original film negative and the filmmakers were forced to cobble together whatever bits and pieces of footage they could salvage to produce the final copy. I don’t know if this is true or not but I have a feeling that it is just a load of bullshit dreamed up by Wishman in an attempt to explain why the film sucked. If may be wrong and she may have been telling the truth (maybe after seeing the negative the person thought that he or she was doing to world a service by attempting to get rid of it so no one would ever have to see it) but I have my doubts. 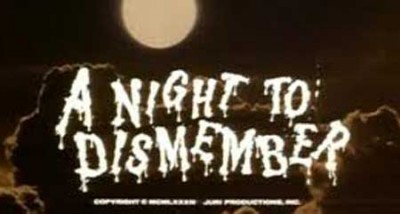 While it has a relatively short running time (it clocks in at a little over an hour) it still felt like it went on for several days to me. There are way too many extremely boring scenes that take place that are just pretty much pointless. To make matters worse, none of these scenes were filmed using sound so we are treated to some horrible dubbing (which sounds like it was recorded in a bathroom stall or someone’s basement) or the McGruff the Crime Dog-sounding narrator’s awful voice overs (which get very old very early on). The plot is confusing and stupid, and by the end I wasn’t exactly certain as to what the hell was actually going on. A twist that could have actually been interesting eventually takes place but it occurs so late in the movie that I was at the point that I just no longer cared anymore so it was pretty much meaningless to me. Needless to say if you are looking for a movie with a gripping plot and non-stop action then this movie is definitely not for you.

In general I hate to bash any horror film that came out of the 80’s but A Night to Dismember is an exception to this rule (though I do dig the title). It is pretty much pointless and doesn’t have anything going for it whatsoever. I had a very hard time sitting all the way through it and regardless of how short it is I still found myself wanting to fast forward to the next scene pretty much the entire time I was watching it just because I was desperate for it to be over and done with. Check it out only if you enjoy really bad movies, but be warned that it isn’t one of those “So bad it’s good” type of films and making it through all the way to the end is actually a chore in itself. 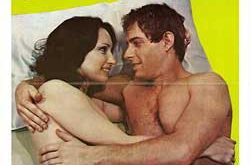 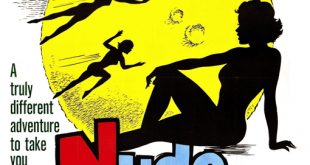