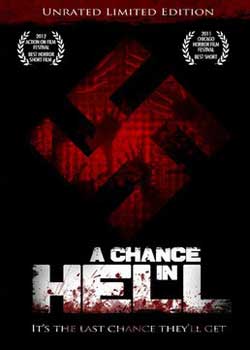 A Chance in Hell is set in the winter of 1944 in Nazi-occupied Germany. US soldiers stumble upon a secret Nazi facility that has been overrun by creatures that were

The Americans never cease to enjoy using the Nazis as a backdrop for all manner of evil doings in their movies, and the short film A Chance in Hell is certainly no exception. The story revolves around a scientific experiment that the Nazis undertook on a young girl which ended up turning her into a ferocious, flesh-eating zombie. She becomes uncontrollable and proceeds to take a bite on anyone within reaching distance. This gradually spreads the ‘disease’ across the army officials and when a group of American soldiers try to take cover in the very same facility, they have more than a couple of German zombies on their doorstep, vying for their blood. The topic used here is a familiar one to any hardcore conspiracy theorists out there, who accuse most governments of conducting secret experiments in order to produce a ‘super soldier’. For this reason, the film should elicit fear from the sheer realization that most people have no idea what their governments are really up to.

A Chance in Hell involves a good blend of the war and horror genres, squeezing them together in a manner not explored all that frequently. Think of it as Saving Private Ryan but with the added bonus of zombies. What’s not to like with that? There’s a whole lot of gore in this one and it’s extremely well done which does add the requisite amount of credibility to the piece. Somehow a delicate young girl is transformed into a monster, which must have required a great deal of make-up work to achieve!

This is definitely one for zombie fans to take a look at and is a decent addition to the subgenre. There’s biting, there’s blood and there’s a rabid little girl who enjoys munching on Nazi flesh. Sounds like the perfect night in to me.

This short film managed to make itself stand out from the sea of other horror shorts out there and won three Best Short Film awards at various different festivals. It was sufficiently unique to make it memorable, yet it still contained some of the usual scary tricks that we know and love. Overall, A Chance in Hell is a completely solid film and will suit you nicely if you only have half an hour to spare. 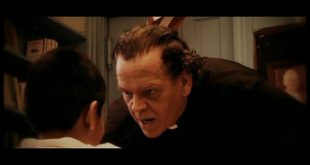 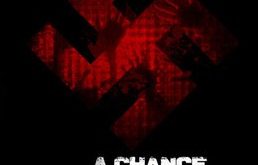