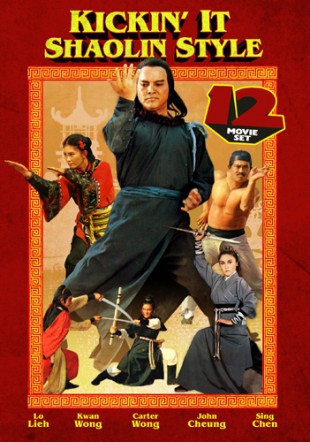 Martial Arts imported straight from the 70,80s and 90s, you cant beat an after noon of wall to wall Shaolin style kung-fu bolting at you. Mill Creek Entertainment has made that experience affordable and ass-kicking with this 12 movie collection set.

Shaolin style better known by its name of Wu-tang focuses of kung fu that originates out of the Shaolin Monastery. It has been described as being a form of ” external” martial arts that uses great strength achieved thru meditation and mind-body focus. The martial art enables its practitioners to use significant force while attuned to keeping their bodies from exhaustion.

The films cover periods during the Ming and Tang Dynasty which date back to 618 thru 1644. It has been popularized thru films such as these films included in this pack and was brought to prominence in TV series like the David Carradine starred Kung Fu shows

Dynamite Shaolin Heroes
(1977) – Color – 78 minutes – Rated R
Starring Lo Lieh, Godfrey Ho
After the fall of the Ming Dynasty, China is thrown into turmoil. The loyalists seek the return of Ming, the government is determine to stay in power. The only difference between the two is one saves life, while the other takes it away.

Shaolin Invincible Guys
(1978) – Color – 88 minutes – Rated R
Starring Chiu Chen, Raymond Liu
The girlfriend of a con-man is being held in a brothel and he must try to raise a dowry to buy her freedom.

The Cavalier
(1978) – Color – 95 minutes – Rated R
Starring Lo Lieh, Joseph Kuo
A grandfather and his young granddaughter travel to town with a very unusual proposition: if any man can beat her in a fight, she will be his bride.

Rebel Of Shaolin
(1977) – Color – 90 minutes – Rated R
Starring Carter Wong, Lin Dai Chiao
A Shaolin student is framed for the murders of some Shaolin monks and students not knowing the real killer is a traitor working for the emperor.

An action-packed tale that takes place in 1911 China and focuses on a General who hopes to restore the Ching Dynasty after China has become a republic. 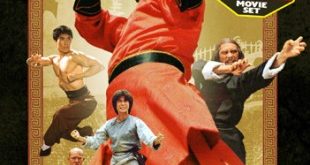 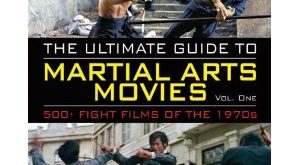