Home | Articles | Exclusive Articles | HORROR FANDOM: Paying the past its due

HORROR FANDOM: Paying the past its due 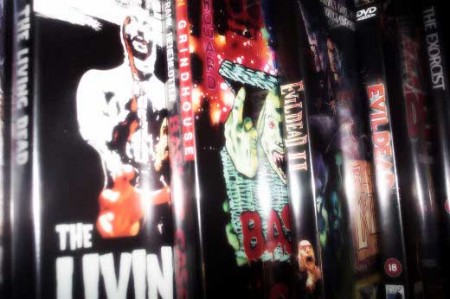 One aspect of horror fandom that always brings a warm glow to my geeky heart is the fact that we are always able to appreciate the glories of the past as well as the latest releases. In some corners of movie fandom there is a horrible tendency to dismiss anything that could be classified as old school, while in horror circles, many older films are seen as something sacred. Those films may be significant due to the era, the social content, a particular actor, or even a particular sub-genre.

Whichever it is, older horror films can still be appreciated for their ingenuity and structure as well as their effects and scares. This is different in genres such as SF, as many people are unable to get past the old fashioned special effects and production methods. With horror, there is more of a tendency to appreciate the artistry that has gone into putting these films together. Even the lowest budget features have their good points, and as long as there are scares and some atmosphere, then fright fans are going to be able to get something out of it.

Horror is one of the few areas of popular culture where an updated version of an old movie, with bright and shiny CG effects, modern editing tricks and a pounding soundtrack still doesn’t match up to the raw power of the originals. Need examples? The Omen, The Wicker Man, A Nightmare on Elm Street, Friday the 13th and so on. There have been a couple of decent remakes though, that have caught the spirit of the originals if not the aesthetic, namely titles such as the Texas Chainsaw Massacre or The Hills Have Eyes.

Still, these flicks remain pale imitations of the originals, even though the originals are cheap, camp and more than a little silly. That may well be why we love them, though. Perhaps that slight camp edge makes them more fun, or helps them to tip a wink at the viewer and not take themselves quite so seriously. Another fine example would be Night Of The Living Dead. No matter how many times that film is remade or ripped off, nothing matches the original’s power.

There are those amongst our number that have become scholars and experts in the classic eras of the horror genre, and they are the people that will become the genre’s historians. I’m not one of them- I’m just some English geek hack who loves movies and the surrounding culture. I don’t claim to know everything. But horror is something that elicits a different response from every fan. Most of us don’t watch these things to be scared or freaked out.

We watch them to see how far imagination can be pushed and the limits of what can be achieved can be bent. Oh yeah, and because they’re fun, too. From its very beginnings, horror has been a genre that subverts normality, and that may be one of the core reasons that the past can be appreciated just as much as the present. Here’s to horror, and here’s hoping the future is just as much fun.