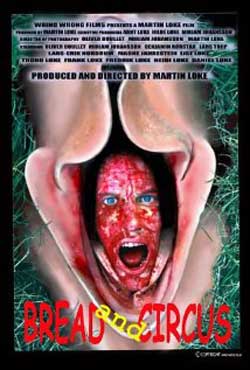 One man’s courage and will to break loose from the system, and the ability of one individual to bring down the kingdom.

There are some movies that I find myself at a loss for words to describe, and Bread And Circus is one of them. To say it is simply a Norwegian horror movie would be selling it short, but it certainly has more than its fair share of blood and violence. Right alongside the gore, it also has more than its fair share of laughs, bringing to mind movies like Body Melt and early, horror-era Peter Jackson films. And after all is said and done, and the head-scratching confusion of the story has been set aside, you’ll be left with the feeling that you just watched a pretty cool little independent movie. 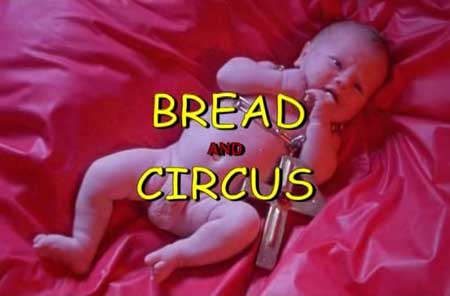 To oversimplify the plot of the movie, Bread And Circus is about a group of people who are being treated unfairly by a tyrannical leadership, and a couple of rebels who find out about the mistreatment and take action. To even further oversimplify things, the main theme is that in the end, we all are, to keep things PG-13 rated, poop. And to judge the movie on the intro alone, you’d think you were watching a student’s art film. It opens with moans and groans and a globe positioned between a pair of legs. It cuts to a naked, bloody man being birthed from the ground out of what could only be the Earth’s vagina. A monk walks up, cuts his umbilical cord, and cleans him. He then shows him through a set of red curtains from which he comes out wearing a suit and holding a briefcase. He is shown a path, with arrows and small children pointing him in the right direction. 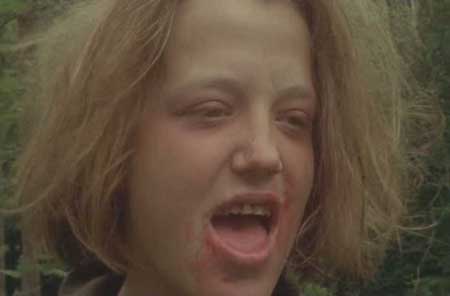 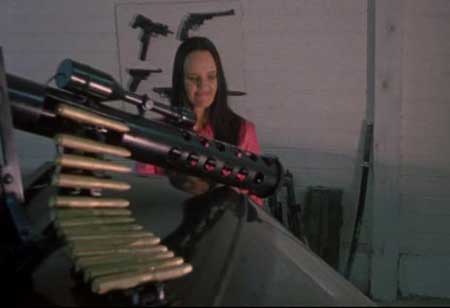 Eventually, the man decides to stray from the path and finds an old man. He sits down and has a beer with the old man and hears the story of a man who strayed from the path. He found himself on the run from an army. Along the way, he saw the “dregs of society,” the outcasts who had been banished from the world so as not to influence others and who soon became cannibals. In the end, he was captured. The old man explains that he was the runaway, and now he is stuck with the job of keeping people on the right path. The newly birthed man thanks him and goes back to the path he started out on.

He finds himself forced into a line behind a girl who is pushing herself into a hole. It’s not the same hole as earlier, but rather the butthole of the Earth. Deciding to change his fate, he breaks free and runs away. He finds himself on a rocky beach, and near a burning bush finds a hammer and chisel with which he carves out a tablet (this all suddenly sound familiar…). Then he becomes a flash of light and disappears over the ocean. 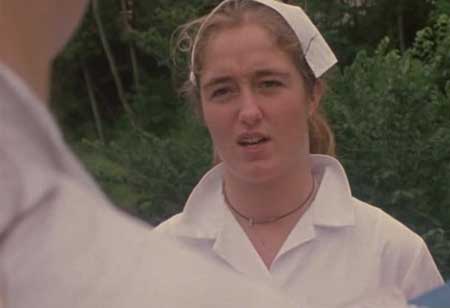 In case this wasn’t bizarre enough, the second half of the movie gives us a couple who are out for a romantic picnic but then stumble upon the tablet. Upon reading it and learning of the plight of the outcasts, they arm themselves and seek to stop the tyrannical dictatorship. They literally start shooting everyone. It starts to get pretty crazy, as if it wasn’t already, and then the end happens. Remember when you first saw movies like Sleepaway Camp or The Usual Suspects, and at the end you had to pick your jaw up from the ground and collect yourself? Well, take those surprises and mix in a little bizarre fiction and you’ve got yourself the end of Bread And Circus, an end that I absolutely refuse to spoil for you but wish you had already seen so we could agree on the craziness.

Bread And Circus has a lot of great things going for it. It is definitely a low budget film, but I swear you’ll forget that fact immediately. They seemed to have not mis-spent a single penny when it comes to the production of this movie. The acting is good, the camera work is good, the effects vary from good to great. You start to wonder, how could they have made this film with such a small amount of money to work with. And then you do a little research. The director, Martin Loke, was also the writer, an actor in five different roles, the cinematographer, the producer, and the editor, not to mention having a hand in the visual effects, special effects, sound, music, make-up, costume and wardrobe, and art departments. Many of the cast members play multiple roles, and watching the credits you’ll see the last name Loke quite often, which tells me the director’s family was happy to lend a hand. A bit of trivia that goes along with the movie; aside from the original music written for the film, the soundtrack is made up of public domain classical music to save even more money. All of these are signs of people making movies because they love to make movies, and I say good for them. 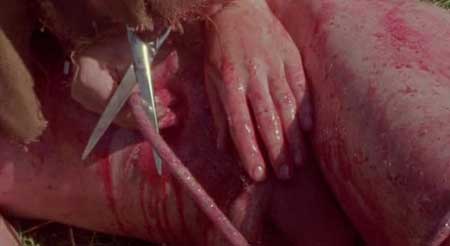 The other fun thing about this movie, which I briefly touched on earlier, is the hand-in-hand helpings of laughs and gore. Think Peter Jackson’s Bad Taste, with the dregs playing the role of the denim-clad aliens. Heads are blown off, fingers are cut off, bodies are chopped in half. Random body parts are picked up along the ground and placed in their proper recycling receptacles. An especially nasty scene finds a drunken soldier with a sour stomach after drinking too much beer. He goes to poop in the woods, then the runaway guy comes up and kicks him in the butt. He stands up, holding his pooping and bleeding bottom, then in what I imagine is an effort to stop the bleeding (?) he pushes the beer bottle all the way up his rear. Remembering there was still beer in it, he removes it and finishes it, then passes out. Remember, I only said it resembles an art film for a minute, I didn’t say it was in any way highbrow or above scatological humor. In fact, it relishes in it!

What do I not like about this movie? The fact that it looks like this is Martin Loke’s only film is disappointing because I would love to see more. Other than that, I can’t recommend this enough. It is bizarre, and might not really make any sense, but it will make you laugh and will satisfy your cravings for gore, murder, disembowelment, and goat poop, I promise you that. And I already compared it to Bad Taste, meaning it has to be good, right?