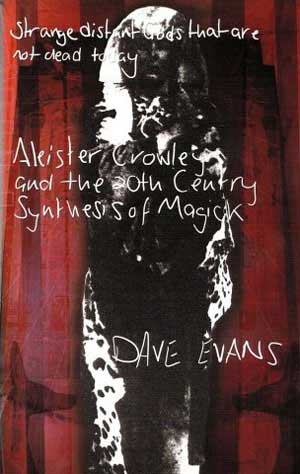 Aleister Crowley has always been at the heart of controversy, mystery, misinterpretation and occultism. Author Dave Evans has managed to summarize a great deal of Crowley through the small edition of 112 pages. For those who have read or looked into other reads such as this you know the legacy can get quite extensive. Alot of which gets laborious in occult speak and harder for a newbie reader to grasp. As I looked over at my desk full of Crowley books that came in for review I knew this was the best place to start.

Aleister Crowley and the 20th Century Synthesis of Magick, while a rather small book is also great in getting to the point. From his early days until his final days in inflicted with illness, we get a glimpse into what the man was about and what the media had to say about him. The author is quick to point out the false reports that other writers have used to gain sensationalism and sell books from to their own gain often twisting the man’s nature to fit within there own selfish interpretations.

I haven’t read tem all so, its good to know that not everything printed is a hands down Crowley biblespeak. I was more curious as to what he did, accomplished, and how he made his mark upon the world. Was it all true, a smokescreen and did the name become bigger than the man himself? We find how his early roots started in other magick cults that he quickly excelled at equally to his own frustration. He was a consummate student that gained a quick knowledge at an early age. And therefore was able to surpass many in his wake. This frustration became the basis for his nature to go solo, and create his own sect. As it’s described, his mopre noted Book Law writings were received from an encounter with a spiritual being whom he gained the basis of teachings. Combined with his interest in Thelema he went on to write several occult books that span his lifetime and further prove his prolific talents.

Now there is also much printed and explained about his espionage dealings, as a spy, informer and ally to help the military. More specifically to help defunct those who need an expert in occult. While this is of interest, I know there were entire books dedicated to this subject alone.

My satisfaction was in the tiny details. I quickly found interest especially in the chapter 8 which details how his teachings were reported to have been stolen or borrowed in the building of L Ron Hubbards religion base. Aleister’s dissatisfaction with the industry as a whole and the plagiarism that was being executed right under his nose. It is unique how the course of religions became off-shoots of his ideas. The talks of extraterrestrial influences, the works of fiction that somehow became words of teachings.

Evans approaches the hearsay with careful words and caution, as he knows much has been a mixture of truth and fiction to further the stories than what they are in reality. There is the occasional details of his drug use and bisexuality but only as a factor that surrounded the personal aspects of the man, rather than dwelling on that to excel a theory. Of course, Crowley’s exploits with drug induced orgies and cultism helped shape his character but it still doesn’t take away from the intellectual capability that he seemed to posses. His final days were spent in a mostly heroine addiction state that was actually doctor prescribed.

3 original topics were chosen to provide a base purpose for this book. Those being the British Intelligence connections, the possibility of plagiarism or co-inspiration and the closet occultism of Dennis Wheatley.

In summary this book is a fine intro read into the man, mystery and speculations. It provides a honest approach to the legacy and presents information that suggest further explorations. By the great number of references quoted and indexed it is easily assumed that Dave has spent a considerable amount of time digging in to bring the culmination of information available. 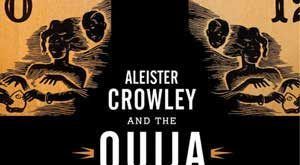