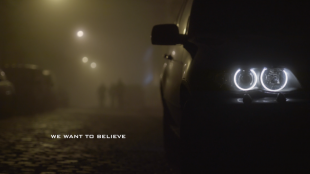 We Want to Believe – new paranormal series releases THE DEMON JAR part 1 and 2 , available to watch for free.

Synopsis:
We Want to Believe is a paranormal reality show that takes an un-Hollywood approach to the pseudo science of paranormal investigation. Episodes chronicle investigations by writer/director/investigator Jason Hewlett, paranormal investigator Peter Renn and their team as they tackle hauntings, spectral encounters, Bigfoot, UFO sightings, and other high strangeness, No false evidence, no camera tricks or special effects — this is the real deal; what you see is raw and intact.

Writer/director’s statement: As someone with a long-time interest in the paranormal, I was excited to partner with Peter Renn of Vancouver Paranormal Society to investigate this fascinating and under-studied topic. As a journalist and filmmaker, it seemed natural to document our adventures in as authentic a way possible, and allow the viewer to make up his or her own mind. We hope this series informs and entertains, while opening people to the possibility there’s more going on around us than we think.

Peter Renn ( Lead Investigator/Executive Producer): Peter is president of Vancouver Paranormal Society and has more than 25-years-experience as an investigator. Born in London, England, he’s been fortunate to investigate documented locations all around the world, and specializes in negative (demonic) cases. He’s also a documenting investigator for an exorcist in Washington state. Skeptical by nature, Peter looks for a logical explanation first, before jumping to paranormal conclusions.

Jason Hewlett (Writer/Director/Creator): Jason is a journalist, broadcaster, and podcaster with a degree in filmmaking and film studies. He has more than a decade’s experience as an investigator and researcher. He’s experienced paranormal phenomenon since childhood, and went on his first ghost hunt in 2003. Jason conducted his own investigations until joining Vancouver Paranormal Society in 2017, where he is now a lead investigator and society director.

Tags Paranormal The Demon Jar We Want To Believe 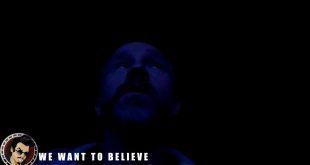 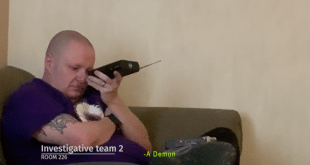 We Want To Believe Episode 3 The Demon Jar Now Showing