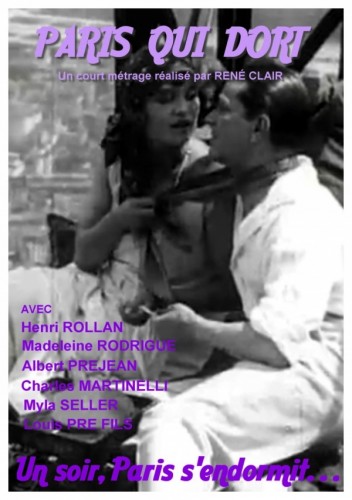 “Early roots of sci-fi magic are given to us in the form of a scientist who invents a ray that makes people caught in its beam fall asleep where they stand. With magical and wonderful shots of a Paris long gone, it is the adventure of a group of unaffected who with their sudden freedoms play the game of mice while the cat is away. With a narrative that sways toward a moralistic stance on the principles of fair play and responsibility, this little science fiction fable can still be poignant today as when the magnificent views were first shot from the dizzy heights of the Eiffel Tower.” (courtesy IMDB)

Time travel, a popular science fiction subject, wasn’t exploited much in the early days of cinema. It was touched upon in Ghost Of Slumber Mountain (1919), and also in The Connecticut Yankee At King Arthur’s Court (1921) based on Mark Twain‘s satirical fantasy. One might argue that Twain’s character – who is hit on the head and wakes up to find himself in England at the time of King Arthur’s reign – doesn’t really go back in time but is merely dreaming, but that is to quibble. Time travel itself is a fantasy, even when used in the context of the hardest of ‘hard’ science fiction stories and, in any case, Twain’s story fulfills the traditions of the typical science fiction time travel story, that of a time traveler who journeys into either the past or the future and brings about changes in the society he finds there. In Twain’s book the entertainment is created by the anachronisms that his character introduces to Arthur’s kingdom, such as modern plumbing, telephones and jousting on bicycles instead of on horseback. 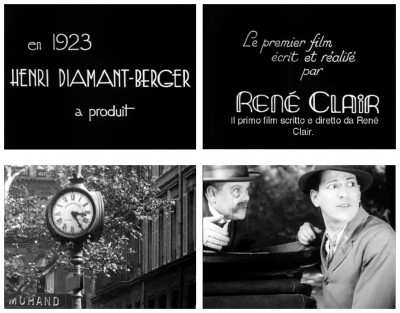 Time travel was treated more ‘scientifically’ in The Sky Splitter (1922), a short one-reel film made by John R. Bray, a comedy in which a scientist, testing a new spaceship, exceeds the speed of light and finds himself reliving his own life. Time, or rather the manipulation of it, provided the basis for the French science fiction comedy Paris Qui Dort (1923) also known as Paris Asleep also known as The Crazy Ray also known as At 3:25. Made by René Clair, it concerns a scientist (Charles Martinelli) who accidentally freezes all of Paris in a split-second of time with an experimental ray. 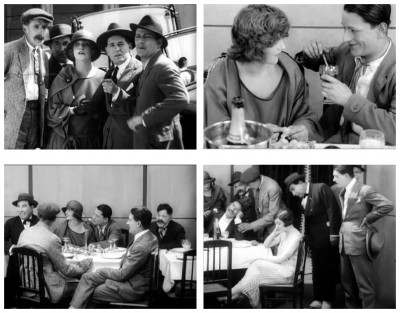 The night watchman at the Eiffel Tower, Albert (Henri Rollan), wakes up to discover that all life and movement in the ‘City Of Light’ has been frozen in time. Only he and a small group of aeroplane passengers appear to be unaffected. Roaming freely about the slumbering city, they all proceed to make the most of it, and cheerfully relieve the cataleptic Parisians of their possessions. Bonding and solidarity, however, eventually go awry as boredom sets in and male rivalry for Hesta (Madeleine Rodrigue), the only female in the group, takes over. But Albert retains his sense of social responsibility and tries to persuade the revelers to seek out the source of the phenomenon. 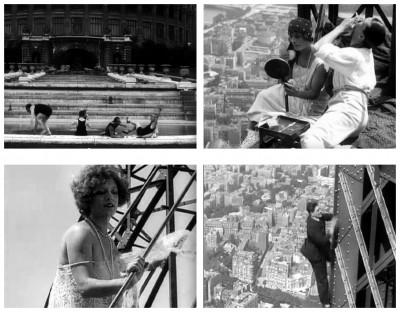 The chaos is interrupted by a wireless radio message from the scientist’s beautiful young niece (Myla Seller) which eventually leads to the scientist who devised the powerful freezing ray. They coerce him into setting the world back into motion and, after a number of burlesque derailments, Albert and the scientist’s niece find refuge at the top of the Eiffel Tower where they exchange vows with a ring that seems to attest to the reality of the events they have just lived through. Made with style and charm by Clair, the film still retains much of it’s humour when seen today. Originally about an hour long, this was re-edited by Clair into a brisk 35 minutes during the fifties, and this is the version that’s available as an extra on the Criterion DVD of Clair’s first sound feature, the engaging Under The Roofs Of Paris (1930), which stars the same actor who plays the pilot in The Crazy Ray, Albert Préjean. 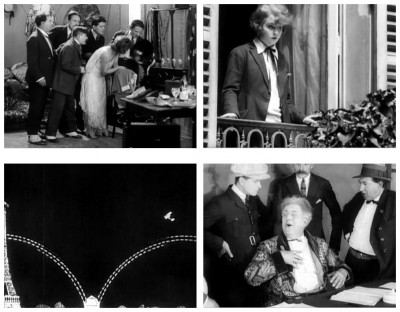 An early experimental opus, Clair’s directorial debut Paris Asleep is often wrongly claimed to be the first science fiction film, as many were unaware of Georges Méliès‘ Trip To The Moon (1902). Paris Asleep is rightly thought of, however, as one of the landmarks of French silent cinema. Although Clair insisted that the film was based on one of his own daydreams, some reports state that it was inspired by an earlier French comedy entitled Onesime Horloger (1913) made by Jean Durand and starring the then-famous clown Ernest Bourbon (known as Onesime) as a lovesick suitor who tampers with time in order to speed up the arrival of his wedding day, with the result that his son outgrows him almost before the honeymoon is concluded. 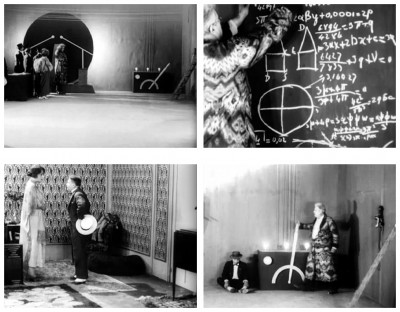 Whatever the source, Paris Asleep is no doubt best described as a comic fantasy revolving around a ‘survivors-in-a-lifeless-environment’ situation, subsequently developed and diversified by the post-apocalyptic sub-genre. More important perhaps, the film is an ode – not so much to Paris as a showcase for technological innovation – automobiles, aviation and, above all, the Eiffel Tower as a formidable beacon of progress – as to a modernity born in, and with, the invention of cinema. Not only are the two founding ends of the cinematic spectrum here reconciled – the realism of August Lumière and Louis Lumière and the magic of Méliès – but Clair implicitly pays homage to other great pioneers like Louis Feuillade and his serial films – the urban dreamlike poetry of Fantômas (1913) and Les Vampires (1915) – as well as Mack Sennett and his madcap comedies with their zany chases and slapstick fist-fights. The complete 35-minute film can be viewed at www.youtube.com/watch?v=Wcakn-Ruz7g 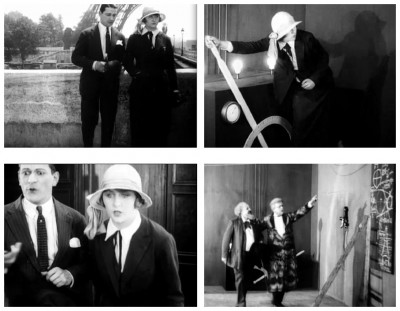 While shaped by a set of proliferating divisions – utopia versus dystopia, stasis versus motion, still photography versus moving pictures – and demonstrating the power of cinema – the on/off lever and the magic ray of the scientist’s device as analogues for the filmic process – the narrative is not overly ‘knowing’ and the socio-political subtext – anarchy versus monetary society – is kept in check by the comic shenanigans. And it’s on that note I’ll wrap-up this week’s burnt offering, and respectfully request your presence next week, when your leg will be crudely humped by another cinematic dog from Hollywood for…Horror News! Toodles! 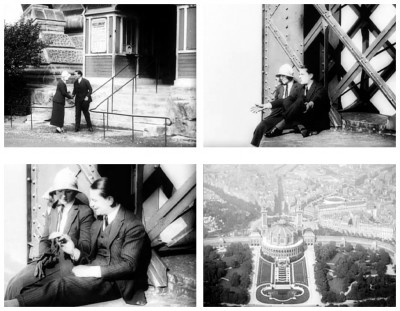 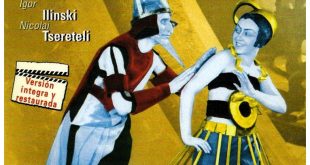