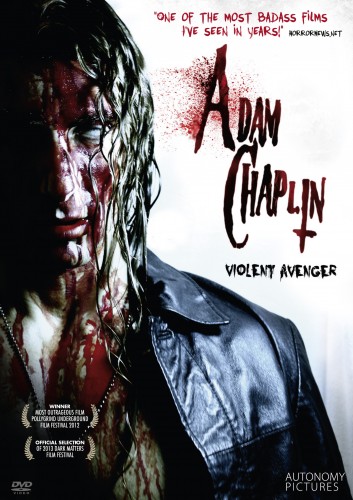 That cover quote is no BS, this really is one badass film to own! For horror fans who like their films bloody and violent, this is a must see…..read on!

Set in the fictional country of Heaven Valley, Adam is investigating his wife s suspicious death and discovers the involvement of the local mafia boss, Denny Richards. Unable to trust the police, who are controlled by Denny, a vengeful Adam summons up a demon, who offers him superhuman strength and dark powers. The demon will guide Adam to his wife s murderer only if he follows all the demon s wishes. The war has been unleashed against the police and it will be the bloodiest, goriest battle for anyone who tries to stop ADAM CHAPLIN: VIOLENT AVENGER!