Home | Back In Black: A Look At The Career Of Shane Black

Back In Black: A Look At The Career Of Shane Black 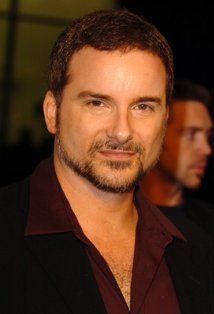 Back In Black: A Look At The Career Of Shane Black

“Since it’s the ’90s, you don’t just smack a guy in the face. You say something cool first.”
– Joe Hallenbeck (Bruce Willis) in The Last Boy Scout

Marvel Studios has picked some interesting choices to helm their various Cinematic Universe entries over the past few years. Who honestly expected the man who wrote Swingers would end up directing the first two Iron Man movies or that the man behind Buffy the Vampire Slayer and Firefly would orchestrate the summer juggernaut that was last year’s The Avengers? Well, as the quality hit making studio continues into Phase 2 of the Marvel Cinematic Universe, they’ve got another peculiar yet fitting name behind the director/writer’s chair for Iron Man 3: Shane Black.

While Black’s name may not be familiar to every household, his work most certainly is or, at the very least, should be. Starting fresh out of his college days at UCLA in 1985, Black kicked his career off as a screenwriter and continued through the rest of the 1980s & 1990s with a handful of notable screenplays that dazzled audiences large and small, the most notable of which being 1987’s Lethal Weapon. Yet despite only writing a small number of scripts, Black’s influence has been very wide. For example, does the plot of two cops (one by the book, the other a crazed loose cannon) being assigned as partners and having a lot of tension due to their differences until they eventually become friends that solve the big case sound familiar to you?

Then you’ve seen any number of films from the 1980s and 1990s that ripped the formula to Lethal Weapon off full sail. But, in all honestly, who can blame those films for doing so?  Lethal Weapon is one of those perfectly crafted cop movie scripts, mixing in solid character development, humor and action set pieces that all service a familiar but perfectly executed plot. Yet, the plot isn’t what people remember about Lethal Weapon or any of Black’s films for that matter. It’s the dynamic between the characters that sticks in people’s minds; the witty back and forth they share never feels as disingenuous and hollow as it did in the myriad of scripts that merely imitated Black’s voice. Whether it’s Murtaugh & Riggs in the Weapon series, the titular group of kids in The Monster Squad or Gay Perry & Harry Lockhart in Kiss Kiss Bang Bang, the characters Shane Black writes always feel authentic and genuine, even when they’re spouting off one-liners. 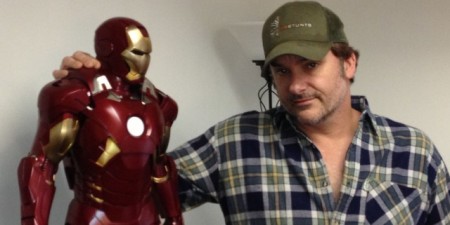 A perfect example of his style can be found in the way Black writes Tony Stark in Iron Man 3. The humorous quips Tony spits out aren’t merely there just to entertain the audience. It’s clear that Stark is masking a lot of pain under the scape goat of his sense of humor. This is not unfamiliar territory for Black; Riggs used his crazed Three Stooges style antics to mask his depression over the death of his wife in the first Lethal Weapon and Joe Hallanbeck used his wit to distract himself from the pain he was feeling over the stress of his home life in The Last Boy Scout. These characters have relatable problems, but they use their wit to try and ease the pain. Plus, their wit often allows them to get the antagonists’ guard down in enough time for a kick ass fight scene.

Now, while those elements may occur often in Black’s screenplays, a key factor to Black’s success has always been his willingness to stray from retreading old territory. Instead of constantly going back to the well of Lethal Weapon, Black took his style to more creative and varied avenues. Black has written buddy cop action (Lethal Weapon 1 & 2, The Last Boy Scout), a horror comedy that doubles as a coming of age film (The Monster Squad), a satirical comedy about the clichés of then modern action film of the 1980s & 1990s (Last Action Hero), an action spy thriller involving a woman suffering from an identity crisis (The Long Kiss Goodnight), a neo noir about an incompetent detective in Hollywood (Kiss Kiss Bang Bang) and now an entry in a long line of superhero genre efforts (Iron Man 3). If there’s one thing you can’t down Black for, it’s resting on his laurels… unless one counts setting his films at Christmas as a laurel, because, as seen in his Christmas set screenplays Lethal Weapon, The Long Kiss Goodnight and Iron Man 3, Mr. Black loves himself some holiday cheer. 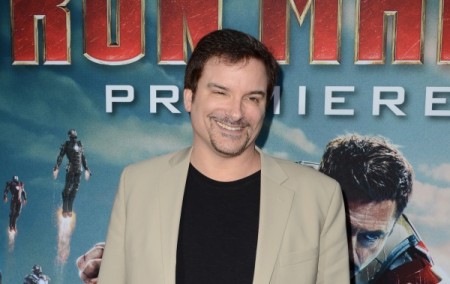 So, with all this in mind, it’s no wonder that Marvel chose Black to helm Iron Man 3. The man knows how to develop characters while mixing in action & wit. He constantly raised the stakes with familiar yet well executed plot elements, yet threw in a few twists here & there that no one saw coming. Plus, as seen in Kiss Kiss Bang Bang, the man’s style fits perfectly with Robert Downey Jr’s snarky Tony Stark persona. Let’s hope Shane Black’s success here follows throughout the rest of his career… and I’m crossing my fingers for Kiss Kiss Bang Bang 2: The Further Adventures of Gay Perry. Val Kilmer really needs the work. 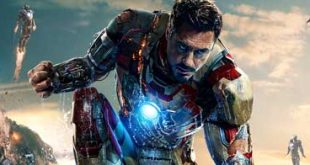 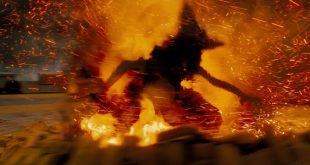