Home | Mondo’s MANIAC Poster Is A Must Own Wonder

Mondo’s MANIAC Poster Is A Must Own Wonder

Anyone who collects one sheets or variants of one sheets is well aware of Mondo Tees and the amazing variant posters they create. They can be elusive and as such their value is guaranteed and if you don’t nab one as soon as they go on sale (and that can be next to impossible) then you will end up paying three to four times the sale price literally within hours of their release.

The latest film to get a Mondo treatment is the MANIAC remake which IFC picked up for US distribution and will be making its way to American horror fans on June 21st when it hits limited theaters and VOD platforms everywhere.

This is of course the remake of the William Lustig’s original and stars Elijah Wood who I am told gives one kick ass performance. Anyway, back to the poster art. This beauty was created by Jeff Proctor for Mondo and they are selling them at the Texas Frightmare Weekend but fear not, they have held back a number of them to sell on their website. With that being said though, you have got to move fast cause as soon as they go on sale, they’ll be gone.

Click over to their site Mondotees.com or better yet follow them on Twitter @MondoNews, they tweet when the artwork is available and that seems to be your best chance of actually nabbing one of these or any other released work. 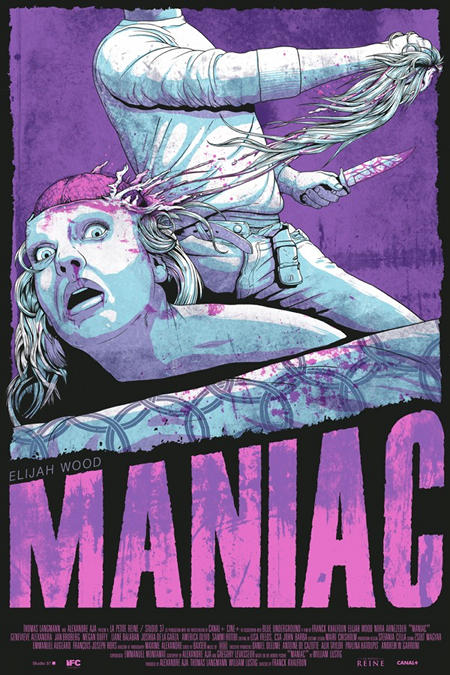 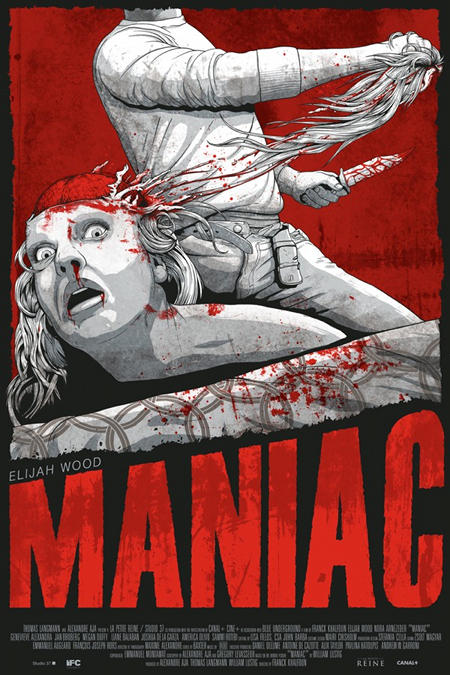