Home | Meet Shelley In The Lastest Clip From HEMLOCK GROVE

Meet Shelley In The Lastest Clip From HEMLOCK GROVE

This is a really short, really strange clip for Eli Roth’s upcoming Netlix endevour HEMLOCK GROVE. Just what it all means will be revealed when the show makes its debut on April 19th when all 13 episodes of HEMLOCK GROVE will debut on the streaming service.

In the shadows of a rusted Pennsylvania steel town, the mangled body of a teenage girl is discovered. As they hunt for a monster among them, rumors mount and many of the eccentric residents become suspects, from the newly arrived gypsy family to the wealthy Godfrey clan. In the twisted world of Hemlock Grove, everyone hides a dark secret. From director Eli Roth (“Hostel”) comes a chilling supernatural series based on Brian McGreevy’s novel.

STYD got their hands on the clip and now I present it to you:

Source: SHOCK TILL YOU DROP 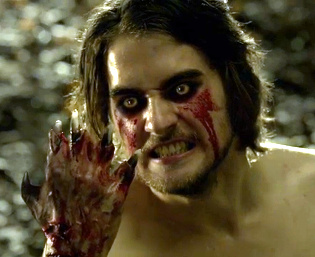