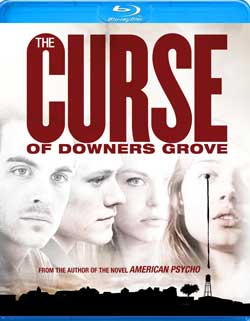 Cassie is worried that she is going to be the next victim of a mysterious curse that claims the life of one high school senior each year in the small town of Downers Grove.

I didn’t really know a great deal about The Curse of Downers Grove before I saw it but I thought that the premise sounded promising. I was led to believe that it was going to be all about some supernatural curse taking the lives of high school students in a number of cool and Final Destination-like ways but that wasn’t quite the case. While the curse is mentioned several times during the course of the film in all honesty it really doesn’t play that big of a part. In fact the curse itself sort of takes a back seat to a story about a high school student being stalked by a mentally unstable classmate that tried to rape her.

While it could be argued that the things that the main character goes through at the hands of her demented stalker could be the result of the dreaded curse that she is so obsessed with and terrified of I thought that it was just a big cop out in general. I thought that she was going to be plagued with some supernatural curse of something and since she wasn’t I couldn’t help but feel a little disappointed after everything was said and done. While it wasn’t what I would call a bad movie I thought that the marketing for it was very misleading and I’m not exactly sure how I felt about it overall.

The premise was pretty unoriginal and has been done many, many times before. Essentially this is just a movie about a would-be rapist stalking a victim that fought back and got away from him before the rape could occur and nothing more. There’s really nothing special about the premise since we’ve all seen it done several times before in other films and it doesn’t really bring anything new or original to the plate as it pretty much follows the established formula for movies of this nature. It reminded me a lot of Fear for many reasons (even though Mark Wahlberg doesn’t actually rape Reese Witherspoon in it) because it has a lot of very similar scenes. I just felt like I’d already seen most of what happens in this film before and as such I thought that it suffered greatly from a lack of originality. To be quite brunt if you’ve seen any movie with a similar premise then you’ve pretty much already seen The Curse of Downers Grove as it doesn’t really do anything groundbreaking by any stretch of the imagination. I was a little surprised by how cookie cutter and predictable it was considering the fact that it was co-written by Bret Easton-Ellis of American Psycho fame who just seemed to phone this one in if you ask me.

I also wasn’t really that big on the characters. Cassie was a little too whiney if you ask me and I just didn’t like her in general. While I did find myself rooting for her from time-to-time (especially when she fights off Chuck when he is trying to rape her and ends up clawing out one of his eyes) there was just something about her that I couldn’t quite put my finger on that bugged me. 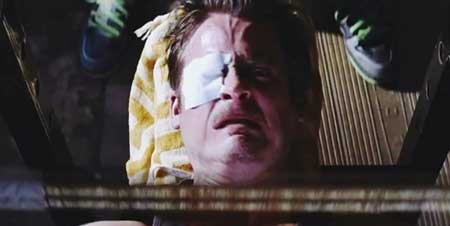 I absolutely despised Chuck (Cassie’s psychotic stalker) and thought that he was just more annoying than anything. We’re supposed to believe that he is some sort of bad ass or something but I thought that he was just an obnoxious little bitch (as were his group of friends that help him mess with Cassie). There are some movies where I find myself sort of rooting for the antagonist for some reason but I just couldn’t do it this time around and I just wanted Chuck to die as soon as possible. His overbearing father (Tom Arnold) is equally annoying but thankfully he only shows up in like two scenes (which was enough for me because he irritated the piss out of me whenever he was on screen). I don’t think that there was one single likable character to be found here and the movie really suffered as a result. I mean come on now, can you really enjoy a movie when you don’t particularly care if any of the characters live or die? 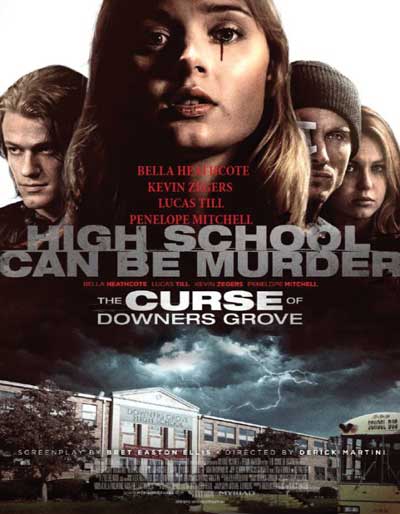 On the plus side there is a nice little twist toward the end that I didn’t see coming. Unlike most plot twists that I’ve seen in movies lately it doesn’t feel forced and actually works. I was surprised when it happened and thought that it was a nice touch. I don’t want to give anything away but let me just say that what happens is sort of connected to the curse that everyone keeps mentioning throughout the movie and I thought that it was pretty cool and totally unexpected. Some viewers may not like it as it causes the movie to end on a real downer but I thought that it was quite brilliant and I dug it.

I’m on the fence about The Curse of Downers Grove. It wasn’t exactly what I thought that it was going to be and I was a little let down as a result. It was entertaining for the most part even if it was painfully unoriginal, but I don’t know if I would be in a big hurry to sit through it again. It does have some interesting moments but overall I couldn’t help but feel more than just a little underwhelmed by the time the end credits started to role (stay tuned after the credits by the way as there is a very long-and pretty pointless-scene that plays out). Check it out if you are desperate for entertainment, but just don’t get your hopes too high.