Home | Blu-ray Release Details For JOHN DIES AT THE END

Blu-ray Release Details For JOHN DIES AT THE END

Finally looks like JOHN DIES AT THE END will be making its way out to fans everywhere via a Blu-ray release from MAGNET RELEASING. Today brings the news that it will be hitting on April 2nd as well as all the special features included and the artwork.

Synopsis
In JOHN DIES AT THE END, it’s all about the Soy Sauce, a drug that promises an out-of-body experience with each hit. Users drift across time and dimensions. But some who come back are no longer human. Suddenly a silent otherworldly invasion is underway, and mankind needs a hero. What it gets instead is John (Rob Mayes) and David (Chase Williamson), a pair of college dropouts who can barely hold down jobs… 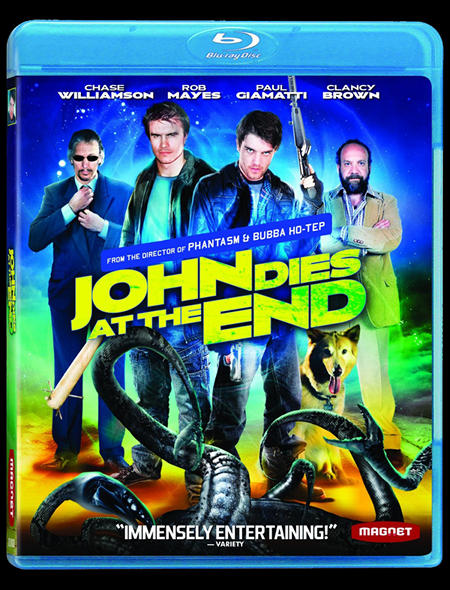