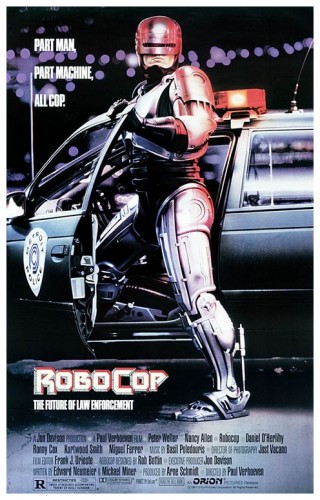 “After Omni Consumer Products announces that it bought out the Detroit police department, the department decides to go on strike. Alex Murphy gets transferred from Metro South to the West. He and his partner, Anne Lewis, track down a group of criminals led by Clarence Boddicker. Unfortunately, Murphy was killed by Clarence’s gang. Bob Morton, one of OCP’s employees, transforms Murphy’s corpse into RoboCop, to compete with another employee Dick Jones’ ED-209. RoboCop’s tests are successful. Unfortunately, RoboCop rediscovers his memories (when he was Alex Murphy), and now knows he has to find and arrest Clarence Boddicker. He realizes that Clarence is working for Bob Morton’s competition Dick Jones. Now, RoboCop must stop both Clarence and Dick Jones. (courtesy IMDB)

Few science fiction films made in the last twenty-five years are as straight-out entertaining, satisfying and just plain cool as RoboCop (1987). Made in the late eighties and coming in shortly after the success of The Terminator (1984), RoboCop had a modest run in cinemas but failed to capture the mainstream imagination in the way The Terminator did. This was rectified by a hugely successful video release, when many viewers would rediscover the visceral kick-arse wit that peppers this cyberpunk classic. Since then, of course, it’s been unleashed on DVD in fantastic special editions, neatly configured with 5.1 surround sound, more extras than RoboCop himself, and an unrated director’s cut to boot. 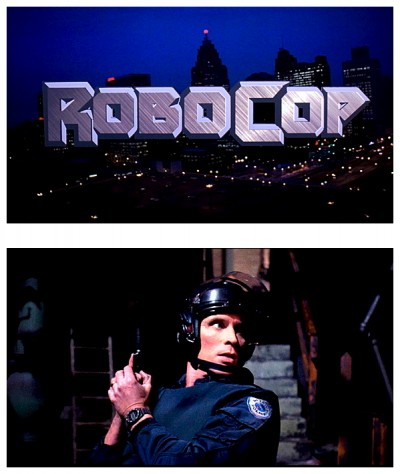 RoboCop was the first American film by Dutch director Paul Verhoeven and the film that would establish him as one of the leading maverick genre directors in Hollywood with such subsequent over-the-top hits like Total Recall (1990), Basic Instinct (1992) and the bugs-and-gore extravaganza Starship Troopers (1997). Despite his later successes, RoboCop is arguably his best film. Set in a crime-ravaged Detroit in a not-too-distant future, the police force has been privatised and controlled by the monolithic corporation OCP. Officers Murphy (Peter Weller) and Lewis (Nancy Allen) are two honest cops working the beat for OCP and little do they know that OCP are developing a new form of law enforcement utilising robots. When OCP’s new star, the menacing tyrannosaurus-like robot ED209 horribly malfunctions, it looks like their plan is out the window until Murphy is literally shot to pieces by evil criminal Clarence Boddicker (Kurtwood Smith) in a gruesome ambush. 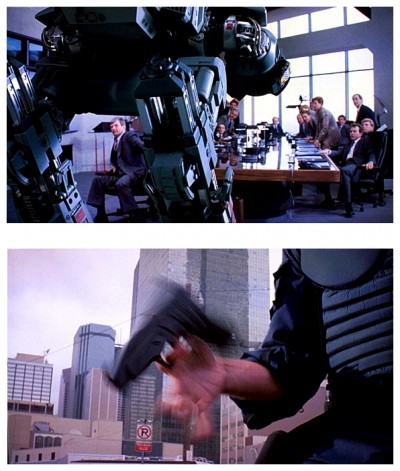 Before you know it, OCP executive Bob Morton (Miguel Ferrer) resurrects Murphy as RoboCop – part man, part machine and all-cop – and pretty soon he’s going around kicking major bad-guy butt. But Morton’s project foils rival executive Dick Jones’ (Ronny Cox) plans for another kind of robotic cop, ED209, so Jones sends henchman Boddicker to kill him. Things start to change as Murphy’s soul begins to invade RoboCop’s circuitry, causing all sorts of problems as OCP starts to lose control of their star ‘machine’ and RoboCop starts to find out who he really is. Using the classic Frankenstein (1931) premise as a backbone and mixing in elements as disparate as Fritz Lang‘s Metropolis (1926), Judge Dredd comics and the media-saturated sensationalism of the Reagan eighties, RoboCop is a techno-satire that deserves to stand alongside such anti-establishment science fiction classics as Doctor Strangelove (1964) and Escape From New York (1981). Add to this the fact that RoboCop is one of the most effectively realised comic-book-style heroes ever committed to celluloid – an interesting fact considering how lame most comic-book adaptations were during the eighties. 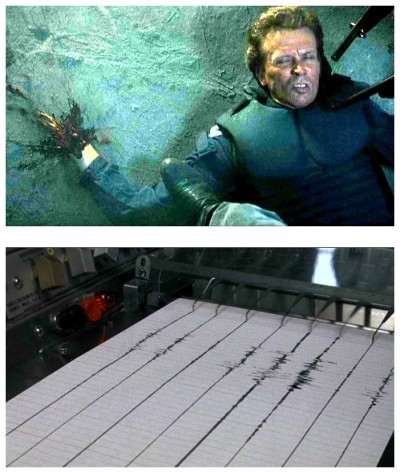 The visual effects of RoboCop are the stuff of legend. Fresh from his body-busting work in John Carpenter‘s The Thing (1982), makeup effects maestro Rob Bottin created the iconic RoboCop suits as well as the splattery effects that are his forte. Phil Tippett‘s stop-motion effects are stunning, his work on the monstrous ED209 is worth a million CGI robots. With such a bold visual style, it’s not surprising that RoboCop would go on to create its own comic-book series, as well as numerous video games, two theatrical sequels, a Saturday morning cartoon show and a live-action television series, cementing itself as an icon in the universe of fantastic popular culture. Make no mistake, RoboCop is a kick-arse action fun-fest. 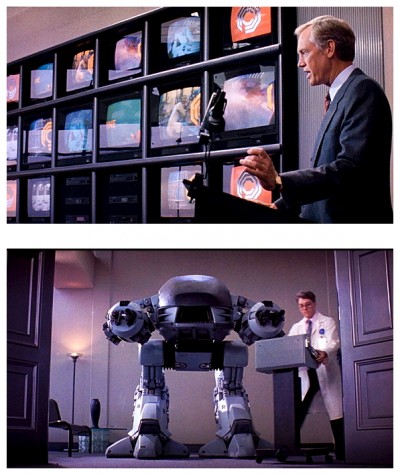 From an Australian point-of-view, RoboCop has had an interesting history on DVD. Initially released as a Region One only deluxe ‘Criterion Collection’ edition that featured a violent director’s cut in the late nineties, it quickly went out-of-print and became a collector’s item which now fetches a high price tag on eBay. This version also had plenty of extras including an extensive commentary track, storyboards and a detailed illustrated essay on the making of the film. However, the print was merely a rehash of the laserdisc version and the audio was Dolby Digital stereo only. Then in 2001 MGM USA released a bare-bones Region One version of the film, however the soundtrack was remixed to Dolby Digital 5.1. In 2002 a RoboCop box set was released in the UK featuring all three films and a deluxe version of the original then, finally, the DVD gods came through for the Region Four consumer, releasing the RoboCop special edition fully loaded as a stand-alone feature, and must surely qualify as the definitive version of this great film. The print had been remastered and is pristine, and the soundtrack had been remastered to 5.1 surround, appropriate given that RoboCop won the Oscar for Best Sound Effects in its day. Considering the film is about a quarter of a century old, the soundtrack isn’t quite as good as more recent films due to the improvements made in the technology but, all points considered, this is pretty much the best version of the film that you can get. 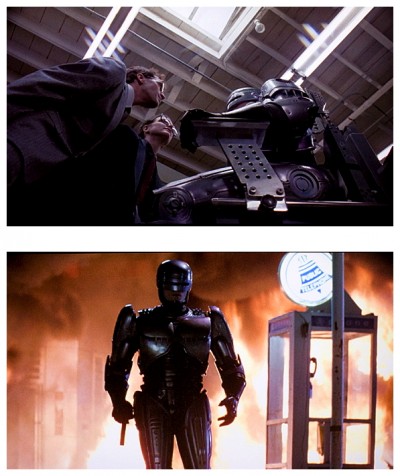 The extras though are more than generous, starting off with two different versions of the film – the original theatrical release and the director’s cut – but don’t get too excited about the director’s cut, it’s only 26 seconds longer than the original and simply extends the violent ED209 scene and Murphy’s gruesome demise. An all-new commentary track features director Verhoeven, producer Jon Davison and writer Ed Neumeier, who go into some detail explaining the difference between the two cuts which saved the film from becoming X-rated in the USA. Verhoeven: “For me it was continuously a situation in the background that RoboCop somehow was an American replacement of Jesus. That’s why, at the end of the movie, as a modern Jesus, an American Jesus, walking over the water, he is still saying ‘I’m not going to rescue you, I’m going to kill you’ which is, let’s say, American Christianity.” 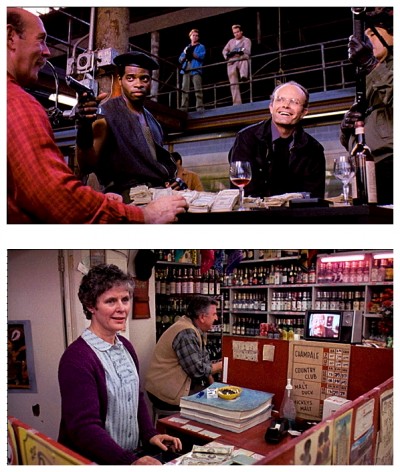 There’s two 1987 featurettes, Shooting RoboCop and Making RoboCop, both around eight minutes long produced by film historian Paul M. Sammon and featuring lots of behind-the-scenes archival footage. There’s also a more recently made 36-minute documentary called Flesh And Steel featuring insightful interviews with many of the cast and crew, plus deleted scenes, trailers, TV spots, storyboard comparisons and stills gallery. RoboCop represents Verhoeven’s ongoing fascination with fascism and humanity’s baser instincts: sex and violence. The script was originally written as a social satire of American cultural values of the eighties and, in the figures of the OCP executives, the ‘greed-is-good’ corporate warrior ethos is taken to its logical conclusion. Though the rivalry between Morton and Jones comes across as a slightly laboured subplot, Verhoeven kept it in to get this point across. RoboCop remains a far more complex and bloody film than other science fiction efforts of the eighties and a real tribute to the intellectual appreciation and creation of the B-grade films with A-grade budgets that Verhoeven continues to cultivate. Before you have time to digest that crummy nugget, I’ll quickly say my goodbyes and disappear into the night, but not before inviting you to return next week to sacrifice another ninety minutes of your precious life to witness dark depravities never before realised (well, almost never) with…Horror News! Toodles! 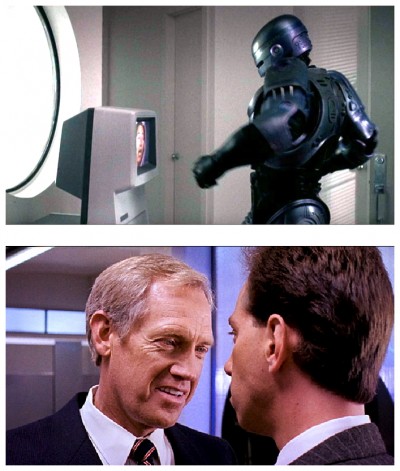