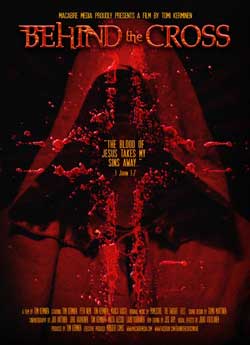 A depraved priest and his gimp assistant abduct young women before torturing and killing them.

Review: I guess you’d have to categorize this dark and depressing film as an experimental short because it strives for, without ever quite achieving, an avant-garde approach to horror. More than anything it reminded me of the unwatchable bits from Gaspar Noe’s ultra-bleak films SEUL CONTRE TOUS and IRREVERSIBLE. Unfortunately, despite its ambitions and superficially unusual style, this film peddles the same semi-P*rnographic images of barely-dressed nubile young women being abused by white males that can and have been found in horror movies since the year dot. Moreover, in employing the ubiquitous heavy metal soundtrack beloved of horror hacks everywhere, director / producer / writer / star Tomi Kerminen further grounds his film in conventionality.

Father Michael (Tomi Kerminen) is an alarming-looking priest who, by way of an evening’s entertainment, enjoys driving to waste ground, begging forgiveness from god and beating off in his car. But that’s only for starters: afterwards he drives to a remote lock-up where he keeps his gimp, Piggy Boy (Petri Niemi). The priest wakes him up by urinating on him, before handing him his gas-mask uniform and instructing him to go out and find them a victim. 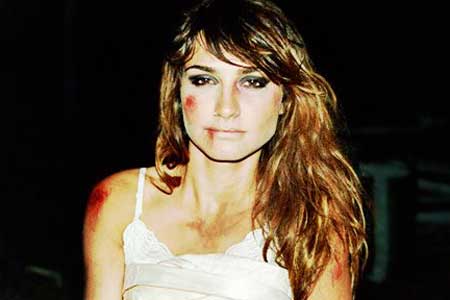 A flashback shows what we must assume is Michael as a young boy growing up in an environment long on abuse and neglect, short on responsible parenting. As we all know from our reading, such an upbringing inevitable produces a serial killer. Michael isn’t even into his teens before he’s crucifying his father and videotaping the whole thing.
Back in the present, Piggy Boy has abducted a young woman from the most decrepit bathroom you’re ever likely to see and brought her back to Father Michael’s base of operations. After calmly executing (with a nailgun) a previous abductee who makes a break for freedom, Michael then proceeds to set up his piece de resistance – another crucifixion, this time involving yards of plastic food wrap, a bucket of blood and a hammer. 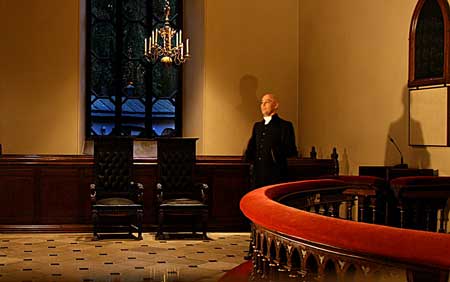 I promise you I’m not making any of this up. Over the top of these images is a portentous narration from Revelation 16 and a radio news report (performed by horror director Ulli Lommel) that informs us of a vast number of unsolved murders in the area. Finally, mad Michael slays his glue-sniffing gimp, sews his own eyes shut, and somehow ends up inside a bag in the forest. Unleashed by an unsuspecting woman out walking her dog, Michael wanders off into the forest before mystifyingly ending up at an airport from whence he departs, presumably to carry on his work abroad. 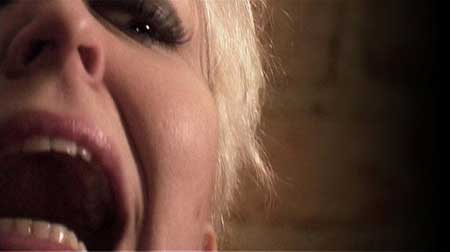 You have to give credit to Kerminen credit for piling all that into just over thirty minutes but it’s my sad duty to report that as a film it just doesn’t work at all. It’s one thing to dream up as many transgressive images as you can and commit them to film; however, it’s quite a different matter to organise them in such a way as to create meaning. As it stands, this film shows immense promise in terms of its very crisp widescreen photography but narratively it’s totally incoherent and, ultimately, amounts to little more than a series of increasingly unpleasant and lurid tableaux vivants. 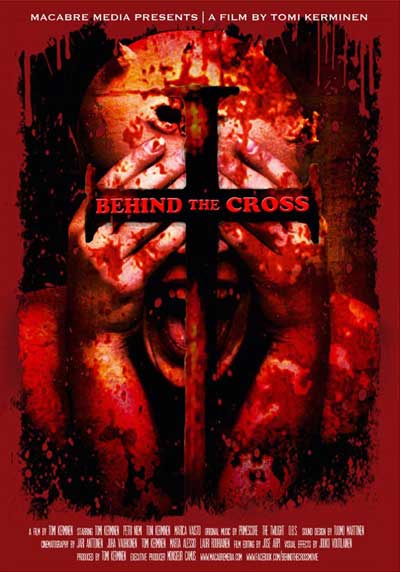 Similarly, while you have to admire the aspiration to attempt to create something different or challenging – as Kerminen has clearly done with this film – the decision to employ such time-worn themes and visuals, not to mention performances, dooms the project to failure before it has even started. I’ll keep an eye out for Kerminen’s future work – and I hope there is some because the guy clearly has an eye for an arresting visual and a determination to avoid the easy option – but when it comes I hope it manages to marry original ideas with original execution. BEHIND THE CROSS only manages half that and as such is difficult to recommend, except to trainee maniacs. 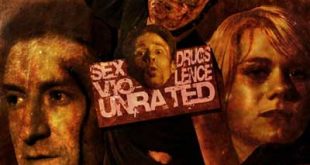 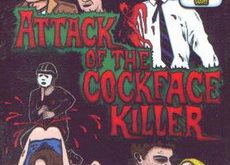