Artwork And Trailer For DARK FEED

Did you like John Carpenter’s THE WARD? Well, the folks behind that one have got a new project they would like you to know about. It’s titled DARK FEED and according to the press release:

A film crew moves to an abandoned psychiatric hospital with a shadowy past to shoot a low budget horror film. The late nights and lack of sleep begin to take a toll, and the longer this crew works, the more the leaky, wet building seems to be coming back to life, feeding off its new inhabitants. As the shoot wears on, members of the crew exhibit increasingly strange behavior leaving those still sane realizing they need to get out of this place before they too succumb to the building’s infectious hold. The only problem—the old hospital is not ready to let them go. Written, produced and directed by Michael Rasmussen & Shawn Rasmussen.

From the writers of John Carpenter’s The Ward, insanity becomes contagious when Dark Feed arrives on DVD, Digital Download and Video On Demand March 19 from Lionsgate Home Entertainment.

Check out the trailer: 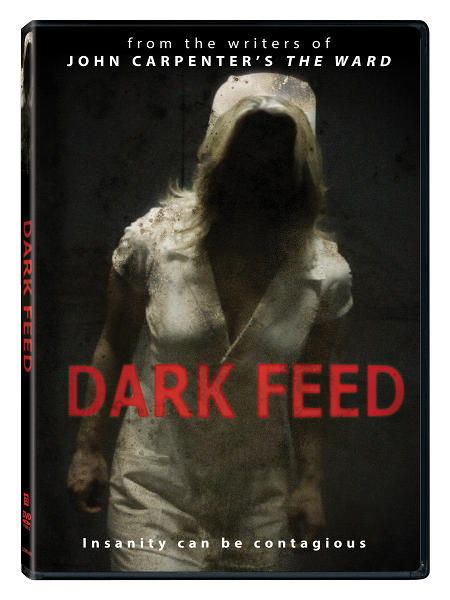