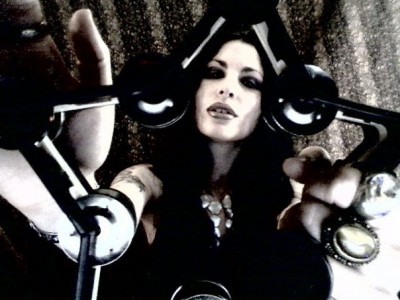 Demona Bast is one of the hardest working women in the industry today. When she isn’t working on new music she is busy acting in a number of horror films or modeling.

Without a doubt she is a very talented lady on many different levels and there are some big things heading her way in the near future. It was my absolute pleasure to be able to speak to her recently.

Todd Martin: So you’ve done a little bit of everything including modeling, singing, and acting. If you could only do one of them from now on which one would it be and why?

Demona Bast: Wow that’s a great question yet hard to answer because I love them all. I guess at the moment I would say acting. I love the thrill of being in front of the camera and playing pretend while the entire world watches. Having the opportunity of being someone that you are not is very interesting whether the character is a good person or bad…it’s all fun acting with my friends/co-workers because we know it’s only a film. Besides, it’s great working with other talented actors and meeting with other people from the entertainment business.

TM: How would you describe your music? Who are your influences when it comes to music?

DB: I do many different styles from Rock to Trip-hop, from Gothic to Angelic and etc… I don’t have any specific style because I enjoy pleasing everyone. My very first album actually was an Alternative Rock band called “WET” and the music did great being that the actual albums are now rare and hard to find though some may be listenable on MySpace.com. This last album that I created is called “Vicious Tongues” includes various artists from different countries. I love to be versatile in my tunes as much as I can to give a different feel and make people wonder, question, or simply find them falling into hypnotism by its combination of qualities that pleases the intellect or moral senses. I usually tend to apply the same in my modeling photos.

I would say that my music at this exact point in time is more towards the Experimental, Film friendly, Underground, Darkotic/Angelic, and so on and so far it has been doing excellent! I’m much happier with this unique project that allows me to be more of myself and totally creative in my own way. It’s nice to do a whole album such as the lyrics and rhythm on my own and the way I want it for a change. Not that I didn’t appreciate the collaboration of others before but it was great working with artists from around the globe and I have a great respect for the fact that they allowed me to do whatever I wanted with their instrumental songs. I loved the experience of being a solo artist as well…connecting with various fans with diverse genres and taste for music is a beautiful thing. It’s especially cool that I’m somehow able to connect with them by not even having to perform live and with just being at the comfort of my own studio which saves the hassle of travelling around with a bunch of gear all over the place or with a member cancelling a show because of personal reasons or something (laughs. It is truly unique and amazing to me and I’m very happy with how well this album is doing. I’m very content with my work and of the wonderful musicians I had the chance to work with! I’m thankful to have come across their paths and had joined talent together that will last a life time, above and beyond.

As for my influences, I grew up listening to a variety of bands such as The Doors, Type O Negative, Beethoven, Mozart, Guns and Roses, Burzum, Thorns, Pink Floyd. In recent years I would have to say that bands including Dead Can Dance, Diamanda Galas, Diary Of Dreams, Gerald Jay Markoe, Deva Premal & Menosa have had an impact on me.My music mood changes as a mood ring does (laughs), so I don’t have a specific band or song that I’m attached to due to many good artists out there. I would like to add that with time on my side my plans for my third album are doing something more Zenful. 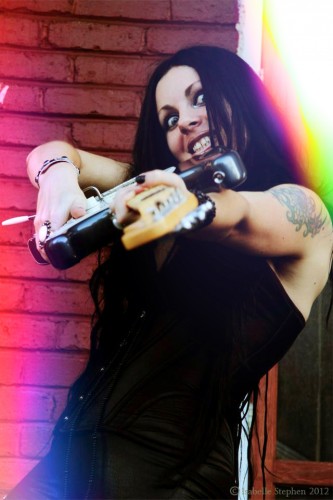 TM: You’ve done the acting thing in the past, what has been your favorite role so far and why?

DB: Oh gosh! There’re so many to list here, I really don’t want to leave any of them out. Being possessed in Prison of the Psychotic Damned by David Kenn and David Williams was a very intense role and was so much fun I would love to do it all over again because playing something you could never imagine being is entertaining.

Playing the part of a phone operator on the anthology tattoo film called Dead Ink by Steve Sessions and Luc Bernier was very interesting as well in a spooky disturbing way, I’m glad it’s only a movie! Being a sister is something I can relate to in real life and I got to play one in Luc Bernier’s H8-Hate so it was cool and I loved it!

I have a thing for vampires, so another role that is my favorite would definitely be the one I played in Matt Aldridge’s film Descent into Darkness 2 because I got to play a vampire. I am a little disappointed-as were some fans out there-that it only exists as a trailer but it is understandable that it was never released as an actual movie due to personal reasons. The director was great to work with and we all have big hopes that he will someday decide to finish it and share it with the whole world. I think that he did an impressive job with that film and it would be a shame if no one got to see the finished product. What can I say? He worked with so much passion and put in a lot of hard work and all the actors involved did awesome jobs. This film deserves recognition.

TM: What is the scariest movie that you’ve ever seen? The most disturbing?

DB: Begotten. I loved it…it was a great experimental silent film. A fantastic work done by E. Elias Merhige. I love horror movies and I don’t easily get scared of them…(maybe because I’m an actress and I know that they are just movies.lol) but Begotten, oh boy! That one definitely managed to keep me awake for a while and thinking for days (laughs). I loved it even though it was kind of sick and weird, but finally… a film that got me scared right?. Obviously! Very well done in an artistic way and I loved the fact that it keeps your eyes on the screen wondering what’s going to happen next. It is a classic piece and a must see for everyone…but I warn you, you’re going be collecting and questioning your own thoughts about it.

TM: Tell us about yourself. What do you enjoy doing in your free time?

DB: Besides watching lots and lots of movies, I LOVE spending time with my wonderful children, listening to music that is most cultural and tunes that you usually don’t hear on the radio every day. I’m so sorry, no offense but in my opinion most stuff that’s out there now is “Bubble Gum” music to me.

I’m also continuing my education as I am attending college. I am pursuing a career that’s not just focused in the entertainment business. I also enjoy experiencing Zen enlightenment, discovering other intelligent beings, trying out new concepts and ways of doing things to enhance my life’s journey on this earth. Other things that I do in my spare time include relaxing and enjoying solitude as well as keeping close with my trust worthy and faithful friends, acknowledging and showing my appreciation to my loyal fans as much as I can, experimenting with the energies of Spirituality, Reiki and crystal bowls, being One with Nature, spending time with family, practicing belly dancing, exercising and loving life, while learning as much as I can in the process and much more…

TM: If you could work with any other actor or musician who would it be and why?

DB: I would love to work with talented and charming people such as Johnny Depp, Norman Reedus, Nathaniel Arcand and Bivas Biswas. It would be an honor to work with these guys!

As for the musicians it would be great to work with Jim Morrison-even though he has already crossed to the other side-Diary of Dreams, Dead Can Dance, Robert Mirabal and Anathema. There are a lot more other actors and musicians I would love to connect with if I could as well.

I appreciate all these hard- working artists and the awesome talent they share and have brought into this world. 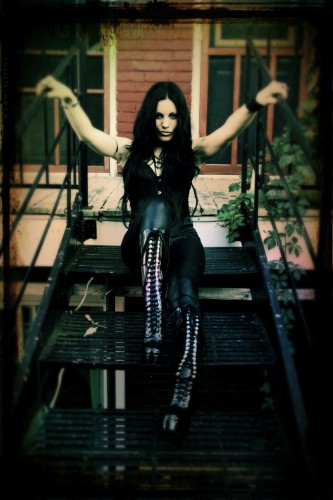 DB: I looooooooove the 1992 Dracula movie! A Bram Stoker novel film Directed by Francis Ford Coppola? Sign me up, I’ll never get tired of watching it!

TM: Are you currently working on anything that you’d like to talk about?

DB: Yes, I’ve got music projects in the works from musicians that reside in Canada and North Carolina as well as in Europe in which has not been announced yet as we are waiting for the project tunes to be completed…

New modeling shoots that’s going be done by Ghost Hunter and Photographer Eric Merriman.
Some of the “Vicious Tongues” album tunes are going to be included in films which will be announced on Facebook very soon.
More interviews to come, and movies to be shot in Canada and USA with Directors Luc Bernier and Steve Sessions next when I’m done with my personal vacation. At the moment I’m taking a small break as I sometimes do just to refresh myself and enjoy some solitude while at the same time enjoying the presence of- and spending a marvelous time with-my wonderful children, family and friends.

DB: First I would like to thank you for this great opportunity to be interviewed by you, Todd & Horrornews.net.

I would love to give a shout out to my family Morganna Abigail, Tabatha Avalon, Ana Maria, Rafael Da Silva and Erin Massey, Sani Viegas, Silvia Castilhos, Cristina, Vilma Cruz & Tiu Cunha, Clovis and more. I also want to mention my friends, Priscilla Silva, Eric Merrimen, Erik Markham, Paul Fong and all of my entertainment business fellows out there and followers and fans whom has been very supportive and a long side my career new and old fans such as: Eduardo Parra, Hellen Lamia, LA, Tammy Lane, King Valiant, .

My coworkers Luc Bernier, Troy DoVey, Mattew Aldridge, David Kann, David Williams, and many others. Photographers David Rose, Isabelle Stephen and all the actor, actresses, Directors and musicians I worked with my whole life…Rob Rodgers, Dain Miller, Ramiro Jeancarlo, Sonic 14, Ricardo Santos and everyone else…family, friends and fans…without them all I wouldn’t be here where I am today. I could go on with my list…and to all those I didn’t mentioned here because the list could go on forever indeed…;)))))))))) 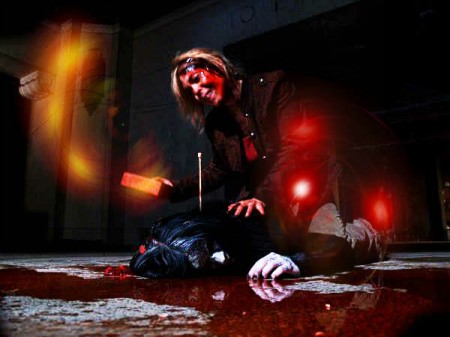 I love you all!
For more info about Demona Bast films, Images and Music and to check out the latest follow me at IMDB or at:

Special thanks to Demona for allowing me to interview her! 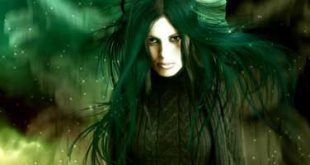