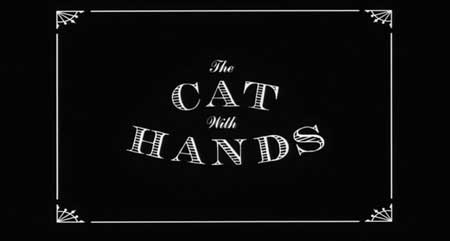 The dark, surreal story of a cat who wants to be human

With an unusual mixture of animation and live-action, The Cat With Hands managed to win a whole bunch of awards around the world for its bizarre yet compelling story – from London to Los Angeles to Australia! These days it is especially rare to see puppetry in a horror movie and I thought that this was done very well. There was something about this short and the almost ‘myth-like’ narrative which gave it a feeling of something that would be told amongst a group of friends out camping. 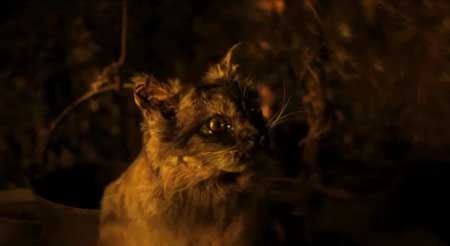 I am actually rather pleased to say that The Cat With Hands is a British horror short, written, directed and animated by Robert Morgan, who has claimed that this peculiar concept originated by recurring nightmares that his sister had when she was younger. It certainly did feel dreamlike to watch, with the animated characters looking bizarre and creepy in their movements and expressions. Another possible inspiration of the story could also be said to be the famous saying about ‘a cat that’s got your tongue’, only now this is taken much more literally in a way which is truly horrifying. The fact that cats have become a common household necessity, considered by many as harmless, soft and cuddly, seeing one so vile and manipulative has all the more shock value. It would certainly make me think twice about buying a cat!

According to Film Threat magazine, The Cat With Hands is ‘mandatory viewing for anyone who wants to write a horror movie. Not because of what Robert Morgan does, but because of what he doesn’t do.’ I am completely in agreement with this, because in terms of actual horror, this film is actually quite reserved (and what some might even call tame), but that is enough. That is all it needs to be! The subtlety is what makes it. 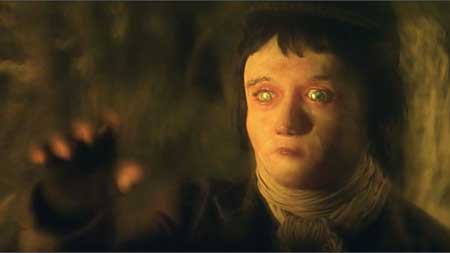 The quickness of the film is also a bonus for me, because no time is wasted deliberating over the facts – we are launched straight into the situation with no pointless meanderings. I love it when a director manages to get that fine balance between having enough detail and being concise with it and I belief that Robert Morgan achieves just that. To summarize the plot down does not take much hard work, as we begin by being introduced to two men, one of which is telling the story of this cat that had human hands. This cat could in fact seize any piece of a person that it wanted and have it for itself, leading to the nasty realisation that soon it would look completely human and no one would be able to tell the difference at all! 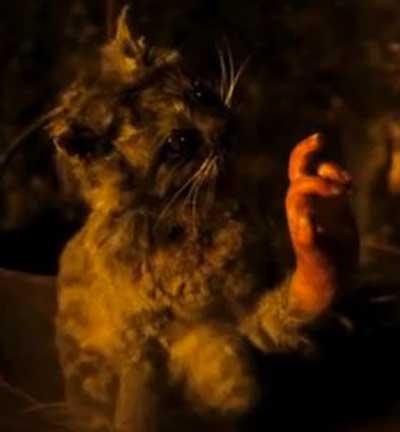 The Cat With Hands came out a while ago now (2001), but if you have not already stumbled across it then I highly recommend you do so. It won’t take up much of your time – the film is under five minutes long – and it is definitely an original idea which is always nice to see. An evil cat that is after human body parts? Who could resist that? 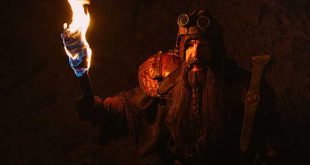 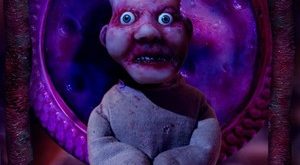