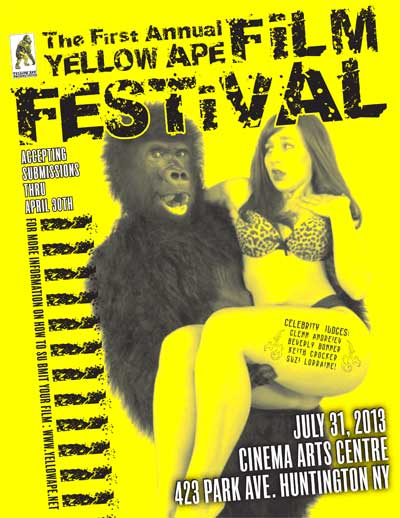 What sets the festival apart from so many others is the winning films will have their films distributed on DVD by Yellow Ape Productions as part of their forthcoming project VAULTED: FILMS FROM THE YELLOW APE VAULTS.

“I know so many talented people out there making films and I wanted to find a way to try and shine a light on their talent and let them get seen by a wider audience,” Haggerty says.

“Many festivals are so smug and don’t want films unless they’re ‘important’ or what they consider ‘artsy’ and a lot of great films and filmmakers are left in the lurch. I’ve certainly been there. Particularly with short films – I know a lot of actors and filmmakers that tell me they’ve done these great short films and I want to see them, but there is very often no venue for it. I want cool filmmakers to have a chance to see their work on the big screen in a beautiful movie theater and have their film available at all the usual outlets. Filmmakers tend to just want their work to be seen, and I’d like to help some talented people achieve that.”

Haggerty is also bursting with excitement over the panel of celebrity judges he has assembled for the event.

“I am very humbled by the judging panel I have. I wanted a talented group who were very well-respected in the genre. I reached out to a few people and just about everyone I reached out to said yes, so I got my first choices. I am absolutely thrilled – if I were just starting out it would be huge to have these folks just watch one of my films – in fact, it still would be!”

Besides the films, the event should be a night to remember. Yellow Ape are lining up a lot of excitement for a low admission price.

“It’s a four hour event, but we want it to be jam-packed. There will be these great films from newer filmmakers, plus we’re introducing a new short or two that we’ve done, and there will be live comedy, music, and lots of other excitement. I envision it being almost vaudevillian, but of course the main focus is the films and everything else is to widen the audience for the filmmakers.”

Submissions are being accepted now through April 30th, and Haggerty is quick to point out this is not a horror festival, though Yellow Ape is mostly known for that genre.

“It’s not a horror festival. Our motto is ‘Movies for the Midnight Hour’ – we make the type of films that would have worked as midnight shows back in the day. That’s what we’re looking for – films in any genre that have a ‘cult film’ quality to them. Horror is certainly welcome, but so is comedy, drama, action, anything that’s original and exciting. Calling everyone on this one!”

All information about submitting can be found at the Yellow Ape website www.yellowape.net 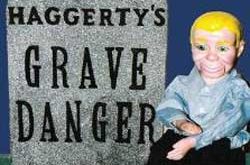