The first thing that caught my attention about THE DINOSAUR PROJECT was the pretty kick ass poster. 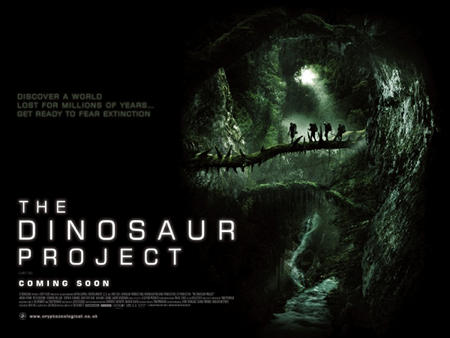 Now, as far as the movie goes, it’s now available on iTunes.

This indie project stars Peter Brooke, Matt Kane, and Natasha Loring and story wise goes something like this:

And the world thought that dinosaurs were extinct? Brace yourself for a chilling ride through the depths of the Congo jungle as a film crew discovers (to their peril) that the 65-million-year-old species is more than alive! The most exciting dinosaur action movie since Jurassic Park! African fishermen find an orange backpack floating gently on the water. They are astonished to discover a waterproof container inside, full of videotapes. Flash back to London and the announcement by crypto-zoologist Jonathan Marchant of his expedition to find Mokele Mbembe, a legendary dinosaur rumored to inhabit the Congo River.
As Jonathan’s team boards a chopper to take them into the jungle, they are accompanied by their mysterious and beautiful local guide, Amara; a TV documentary crew equipped with state-of-the-art camera technology; and a stowaway looking for adventure: Jonathan’s rebellious but multi-talented teenage son, Luke. After an attack by flying reptiles, the helicopter crashes near a deserted village, and all the team’s links to the outside world go down. They are on their own. Or are they? 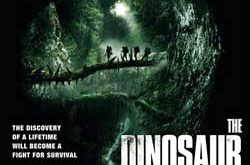 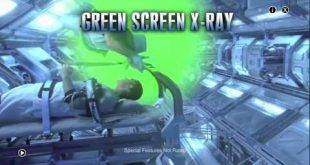 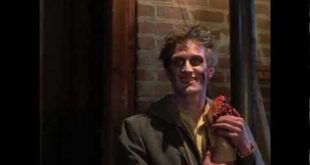