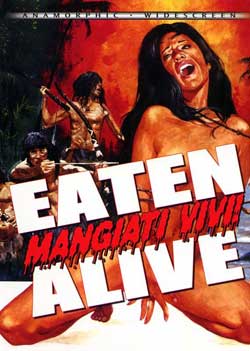 Sheila follows her sister’s last steps before her disappearance. These take her to a New Guinean jungle, where a white man, reverend Jonas, has erected himself as chief of a Purification sect seeking to bring collective suicide to both a cannibal tribe and his American followers. As Sheila goes deeper into the jungle, she will discover that her fate is as precarious and uncertain as her sister’s.

Eaten Alive is one of the most notorious films in the Italian cannibal cycle of the late 1970s and early 1980s. A vibrant mix that boasts the prophetic white man amongst the savages of Apocalypse Now (or Joseph Conrad’s novel Heart of Darkness, if we are being precise), the sand-coloured focus on native rituals of Cannibal Holocaust, and the gory excesses of Cannibal Ferox (which swiftly followed the release of this film one year later), Eaten Alive! relocates the Jonestone Massacre to an unspecified Indian jungle teeming with flesh-eating, bone-yielding savages. 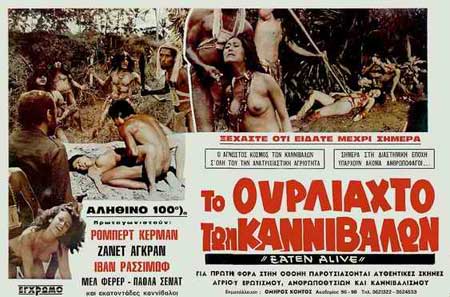 The ensemble does indeed feel, as lead man Mark (Robert Kerman) puts it, ‘like going back 5,000 years to the stone age’, but one where dark ‘native’ rituals seamlessly co-habit with poison-induced brainwashing and extreme eco-horror. In fact, the one thing that significantly keeps the film from being just another cliché-ridden cannibal exploitation flick is the innovative introduction of Jonas (Ivan Rassimov), whose idealistic dream of a return to nature dangerously blends in with tyranny and constructs in his figure an interesting Kurtzian prophetic savant. 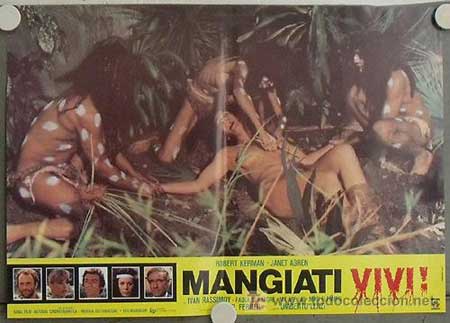 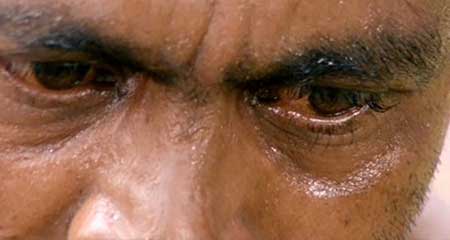 Although the gender politics are as shaky as those of other films in the cannibal cycle – Eaten Alive has its share of women being slapped into reason or gratuitously gang-raped – and the stilted acting is only accentuated by the deadpan dubbing, the film is well-paced and almost unpredictable. For instances, there is no real explanation for the snake dildo that Jonas uses on Sheila (Janet Agren), but then the camera does not linger there. Its purpose or logic remains as mysterious as the drives behind Jonas’ enforced mass-suicide. The reflectionist commentary of Cannibal Holocaust is obviously missing here, and its collection of atrocities being visited on (mostly) female bodies is little more than standard gore-fare, but there is a certain urge to the film that is difficult to describe. It is almost as if the film could not quite decide what it wanted to be and attempted to cover its back by touching upon key genre elements. To some this will inevitably mean that the film is derivative and/or lacking in actual plot, but its structure might also be seen to be enhancing the dreamlike quality that is emphasised towards the middle of the film. 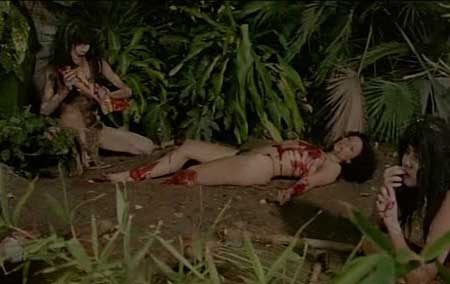 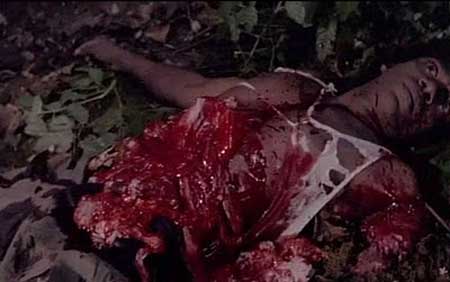 In terms of its potential interest for gore fans, there are a few extreme moments buried amongst other more subtle or muted scenes of violence where either the camera looks away or vision is blocked by an object. The last fifteen minutes include a particularly gory scene which, although largely inept and unconvincing in places, could probably rival Zombie Flesh Eaters’ anthropophagous heights. Interestingly enough, as with Cannibal Holocaust, the most difficult scenes to watch for a contemporary viewer are probably those of violence against animals. 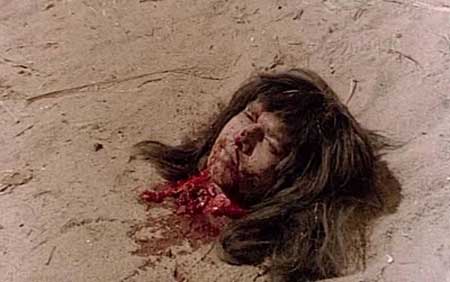 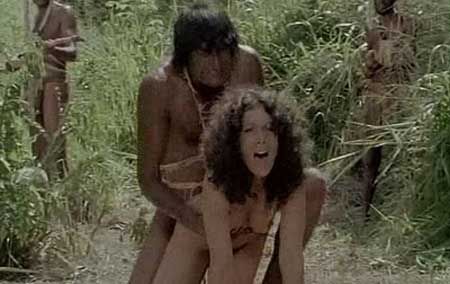 Unlike the excessive colour and histrionics that accompany the murders of humans in the film, the slaughtering of a crocodile early on the film is effective because there is no obvious artifice. If it is true that there is self-indulgent (or just plain lazy) lingering over sequences of animal fighting or eating each other, this gives the film the certain National Geographic feel that it seems to be looking to attain in places. This violence acts as a counterpoint to the hacking of bodies and visceral curiosity that permeates part of Eaten Alive!: here the camera remains curious, but not invasive. It is a shame that the poor ending reduces the film to little more than an encounter with prehistoric men, as there was a potential here for connecting fanaticism and tribal beliefs that is not quite followed through.