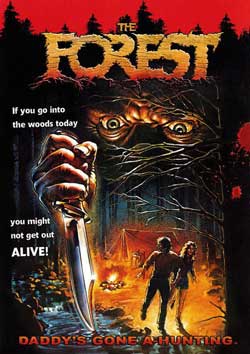 When two couples go camping they are terrorized by a crazy old bastard that lives in a cave and enjoys killing and eating people.

As most of you know by now, I really, really love slasher flicks. I especially love the slasher flicks from the 1980’s as this was the golden age of the slasher film in my opinion. When I picked up a copy of The Forest I was pretty excited because (A.) I had never seen it or even heard of it and (B.) it sounded like it had potential to be an awesome little 80’s slasher flick I somehow missed out on. Let me tell you folks, I was mighty disappointed about thirty minutes into it or so as it turned out to be anything but awesome. It started out promising enough with a couple of pretty decent death scenes that take place in broad daylight at the beginning, but it was all downhill from there, especially after we get a good look at the killer (who looks a little bit like my father-in-law), who is without a doubt the least intimidating psychotic killer in the history of film (next to Jay Mohr’s piss poor attempt at playing one in Cherry Falls that is). 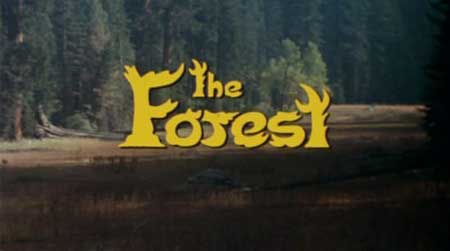 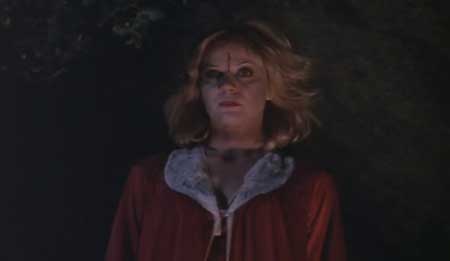 I think that rule # 1 in making a good slasher flick is that your killer should be violent, demented, and at least an attempt should be made to make him or her at least a little bit scary. The killer in this movie is none of these things and is about as believable as a crazed killer as I would be playing the part of a rocket scientist or something. He is an older, chunky fellow who looks more like a retired used car salesman who enjoys hanging out on the couch eating potato chips and watching Chicago Bears games on the weekends than a killer hermit who kills and eats people. I love the fact that he keeps apologizing to one of his victims (and asks “What did you do that for?!? at one point when she stabs him while attempting to fight back). His back story is pretty lame and unoriginal (though I did love the flashback scenes where he is trying to kill his wife’s lover and the number of weapons that just seem to magically appear in his hands due to just the pure cheesiness and unintentional humor that takes place during this bit). I think it I was out camping in the middle of nowhere and this guy came running toward me with a knife I would die laughing before he ever had the opportunity to even touch me. 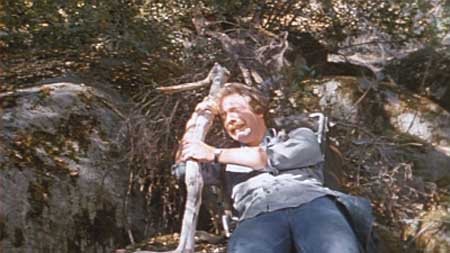 I also didn’t care for the fact that the people responsible for this stinker thought that it was a good idea to have the ghosts of the killer’s wife and kids pop up occasionally to make threats or offer words of advice to our heroes. One of the characters actually hangs out with the ghost kids for an extended period of time and doesn’t seem to be bothered in the least that she is talking to a couple of dead kids once she finds out that they are deceased. I found the kids (who are a couple of little tow-headed freaks) to be annoying as hell but for some reason they end up playing essential parts by the time the film ends (which means we get to see way too much of them and they get way too much dialogue by the time the movie starts to finally wrap up). I think that we are supposed to feel sorry for them or something but instead I felt the complete opposite for them and just hated every scene that they popped up in (and there are a lot of them). This movie was just bad in general and I don’t think that anything could really save it, but it might have helped if these characters were left out completely as they don’t really serve any sort of special purpose. 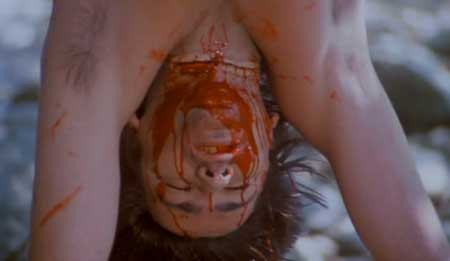 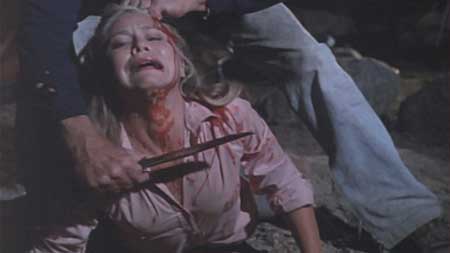 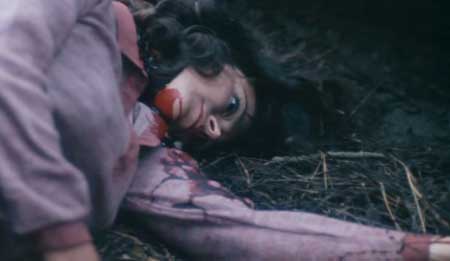 In terms of death scenes we really don’t get anything special to write home about here. We get a bunch of stabbings (that all look pretty bad) and some guy gets drowned. I wasn’t really surprised though since our killer is pretty out of shape and doesn’t seem like that creative of a guy to begin with when it comes to taking out others. The body count is pretty low too (I think we only get like three or four on-screen deaths) and there is pretty much no gore so to speak of other than some really fake-looking blood and a brief glimpse at someone’s leg when he falls (which is funny as hell to watch) and receives a compound fracture to his leg. If you are looking for a blood-soaked slasher flick with a ton of cool death scenes then you are barking up the wrong tree here and should watch something else. 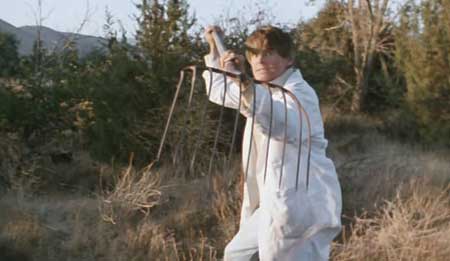 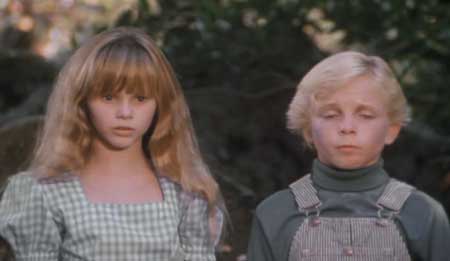 I wanted to like The Forest, I really did. Unfortunately that proved to be an almost impossible task no matter how hard I tried. It was boring, lame, and the death scenes left a lot to be desired. I think overall it had a huge half-assed feeling to it and I can’t help but wonder if it would have turned out better if another team of filmmakers had worked on it. I can’t recommend it to anyone, but if you are curious then check it out as you may see something in it that I didn’t. 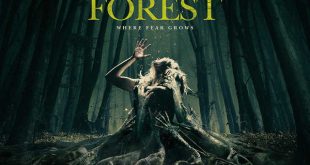 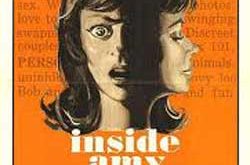