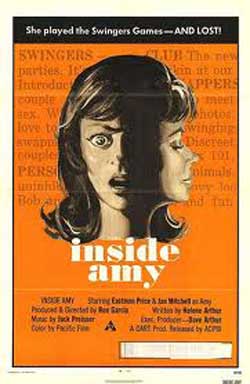 On the surface Charlie seems to have it all. A good job, money, the respect of his peers, and most of all, a beautiful wife named Amy who adores him. Behind closed doors though, Charlie is having some sexual dysfunction and thinks that the best way to overcome it is for him and Amy to swing with other couples. Unfortunately Amy ends up enjoying swinging a lot more than Charlie and it isn’t long before he is so consumed by jealousy that he loses his marbles and starts killing off anyone that sleeps with Amy.

When I was going to college at Western Kentucky University back in the 1990’s my best friend Jay and I would hit this awesome little Mom and Pop’s video store in town that only rented VHS movies. One night we ran across a copy of Inside Amy (going by its alternate title Swinger’s Massacre) there and after reading the back of the box we just knew we had to check it out as it sounded like a great little bit of mid-1970’s cheese. We were right and both of us enjoyed the hell out of it that night, so I was happy to once again watch it when the opportunity presented itself to me recently. Inside Amy is an awesome little flick full of bad acting, bad 70’s fashion, nudity, and violence. 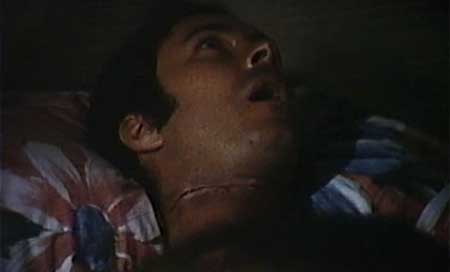 Only a handful of people that I know even know that this movie exists and even fewer of them have actually seen it. This is a shame if you ask me because it actually isn’t a bad movie once you get over the fact that it looks like the majority of it was shot with someone’s uncle’s bargain basement video camera over the course of a few days (Honestly folks, the video quality is so bad it looks like the film might break at any given minute for most of its running time). I thought that the idea behind the film was actually pretty cool and for the most part I could see something like this actually happening in real life once a couple makes the decision to swing with others. It’s fun watching poor old Charlie descend into total madness as he changes from being a nice, mild-mannered everyman into a homicidal maniac who kills off anyone who dares to touch his beloved wife. By the end he is so completely out of his mind with jealousy that no one is safe from him and he is entirely different from the person that he was at the beginning of the movie. 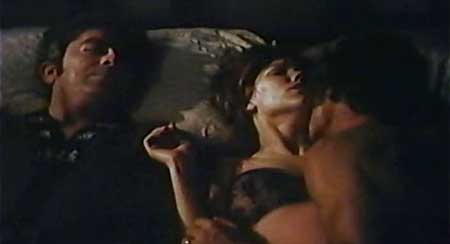 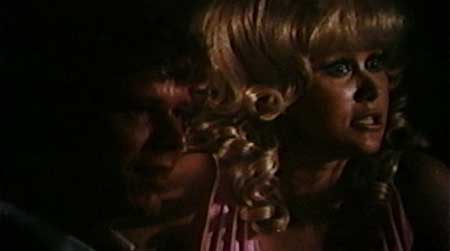 One of the things that I like about the film is the fact that Amy is totally opposed to the idea of swinging initially and wants nothing to do with it. She is completely devoted to Charlie and doesn’t care that he has sexual hang-ups. The only reason she even agrees to sleep with other people is because he keeps badgering her to do so and she wants to make him happy. Of course the opposite occurs and she actually ends up enjoying swinging while Charlie hates it, which makes this one fall into the old “be careful what you wish for” category for him. I don’t want to give anything away for those who haven’t seen it, but let’s just say that Charlie and Amy don’t end up living happily ever after. 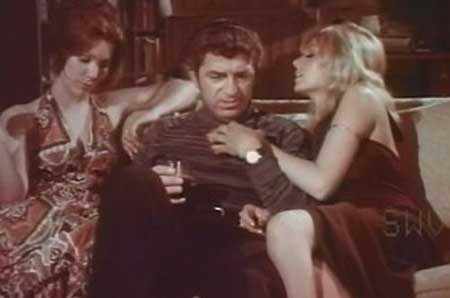 The only down side that I can think of is the fact that there is pretty much no gore and the death scenes leave a lot to be desired. Charlie isn’t exactly Jason Voorhees or anything and doesn’t put a whole lot of effort into killing his victims. We get a pretty weak death via carbon monoxide made to look like a suicide, a couple of shootings, and a tame strangulation with piano wire. For a movie that is also known as Swinger’s Massacre there is a serious lack of massacring going on here and I would have really liked to have seen Charlie take some of his victims out in some more creative and bloody ways. 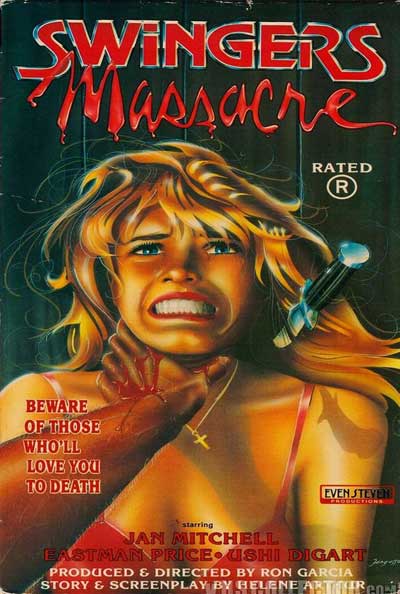 Overall though, I really dig Inside Amy. I think it is a fun little flick with a nice retro feel to it that just makes me feel all warm and happy inside for some reason. It isn’t really a horror film and is more of a drama, but it works and I think that most viewers will like it if they give it a chance (plus Jan Mitchell-who plays Amy-is nice to look at and enjoys showing off the goods as much as she can). If you are in the mood for something a little different (and enjoy a heaping helping of 1970’s bush) then this movie is for you. 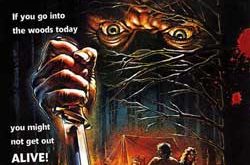